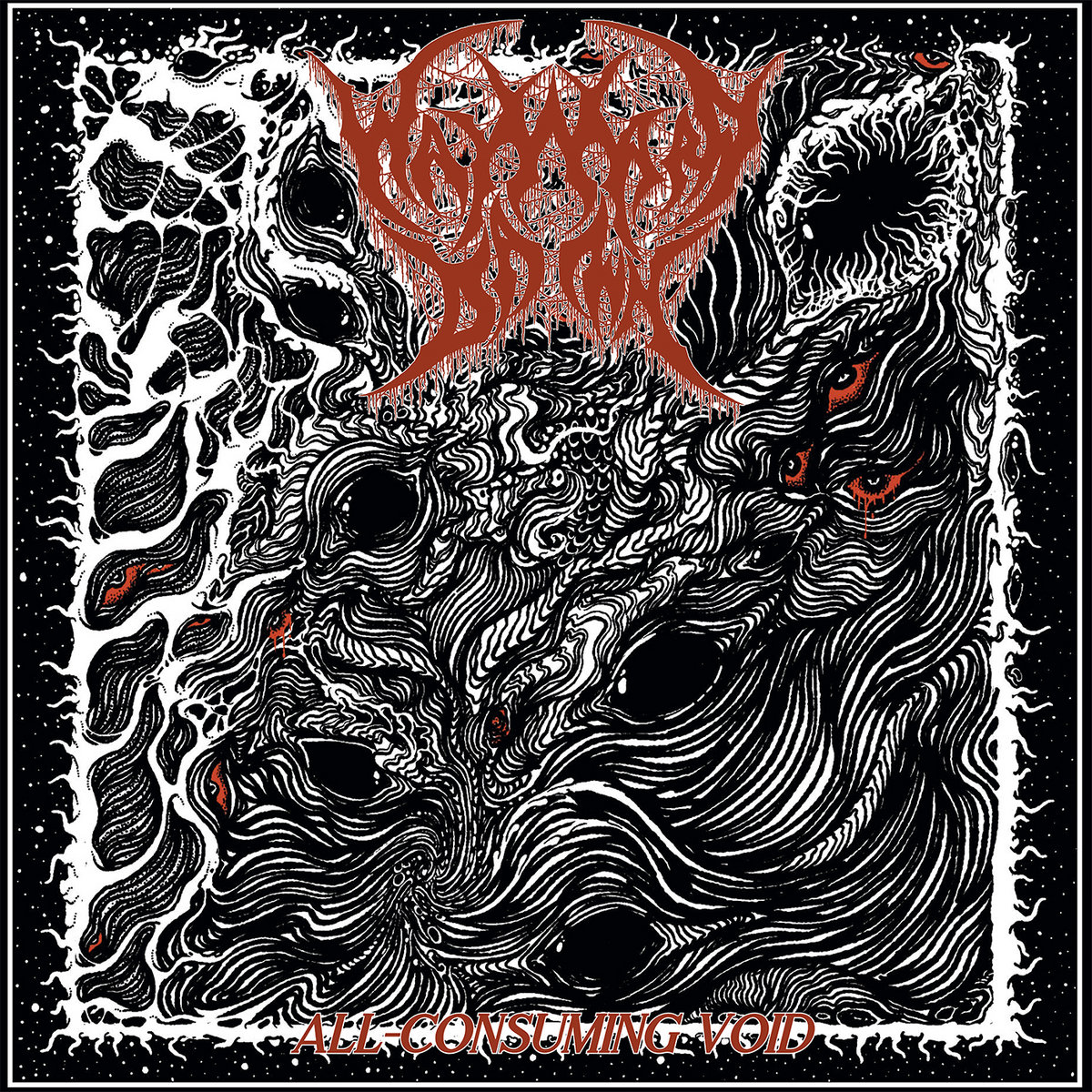 Danish death metal band Wayward Dawn has been steadily releasing old-school death metal since their formation in 2015, capturing the battering ram force and grooves of both the American and Swedish sounds in equal capacity.  Their sophomore effort Haven of Lies in 2020 saw guitarist Rasmus Johansen and bassist Kasper Szupienko Petersen now splitting vocal duties to replace original singer Niklas Lykke, bringing some natural changes to the band’s approach.  For album number three, All-Consuming Void, Wayward Dawn seems to have been interested in pushing their sound to both its extremist and calmest while also challenging themselves by writing their longest track to date.  They may not have reached the levels of the masters of the genre just yet, but fans that can’t get enough of that brutal and crunchier old-school will find plenty to enjoy here.

Wayward Dawn already had a powerful, heavy sound on their last two albums but that seems to have been taken even further on All-Consuming Void.  They still have the same production crew behind them as before, but right from the pummeling drums and scorching guitar work of opener “Disorienting Verminosity” it’s clear that the approach here is more explosive and in your face.  From there the instrumentals go for brevity, offering up equal amounts of bludgeoning mid-tempo grooves and faster blasting that switch things up enough from one minute to the next to provide some stand-out moments.  The style is familiar, but it’s pulling equally from both classic American and Swedish death metal bands that it doesn’t feel like these guys are falling too closely to one in particular.  As you make your way through All-Consuming Void it also becomes clear that Wayward Dawn has worked to incorporate some additional doom and slower passages as well, giving them some periods of eerie calm in between the roaring inferno.  This helps to break things up, particularly when the bulk of the album’s run-time is encompassed in the massive twelve and a half minute “Pull of the Boulder”.  Here the band shifts between riff after riff, letting some ominous death/doom seep in around the three-quarter mark.  Admittedly this is where the material falters slightly, as the track feels like it’s leading into a natural fade out and conclusion around that point and then continues onward for just a bit too long.  Being placed at the end it does make some of the other six songs blur together over repeated listens, though I still find myself drawn back to the lurching riffs and groovier rhythms of “Bottomless Pit” specifically.

As mentioned earlier, Wayward Dawn has been splitting up vocal duties since their last album and this provides the type of high and low ranges that work well for death metal of this type.  You get plenty of those guttural growls that seem to tower above the instrumentals alongside higher shrieks and screams that contribute a bit more grit and grime to the material.  Again, this is where the production values stand out, as sometimes when death metal bands try to get heavier and more in your face the vocals get swallowed up but here they feel well balanced with the instrumentation.  Long-time genre fans are sure to find a whole bunch of other groups that the performances here remind them of, but that doesn’t matter when everything is this consistently intense.

Denmark has been providing an exceedingly high number of quality death metal bands over the years, and Wayward Dawn is a name worth adding to that list.  I do think that “Pull of the Boulder” overstays its welcome by just a bit and placing it at the end does make it overshadow the rest of the material to a degree, but I appreciate the ambition and it’s clear that these guys are willing to push themselves and try different things.  Three albums in they seem to be figuring out exactly the combination of slow grooves and blasting assaults that suit them best, and if this level of growth continues I think we’re in for truly great things in the not so distant future.  All-Consuming Void is available from Emanzipation Productions.