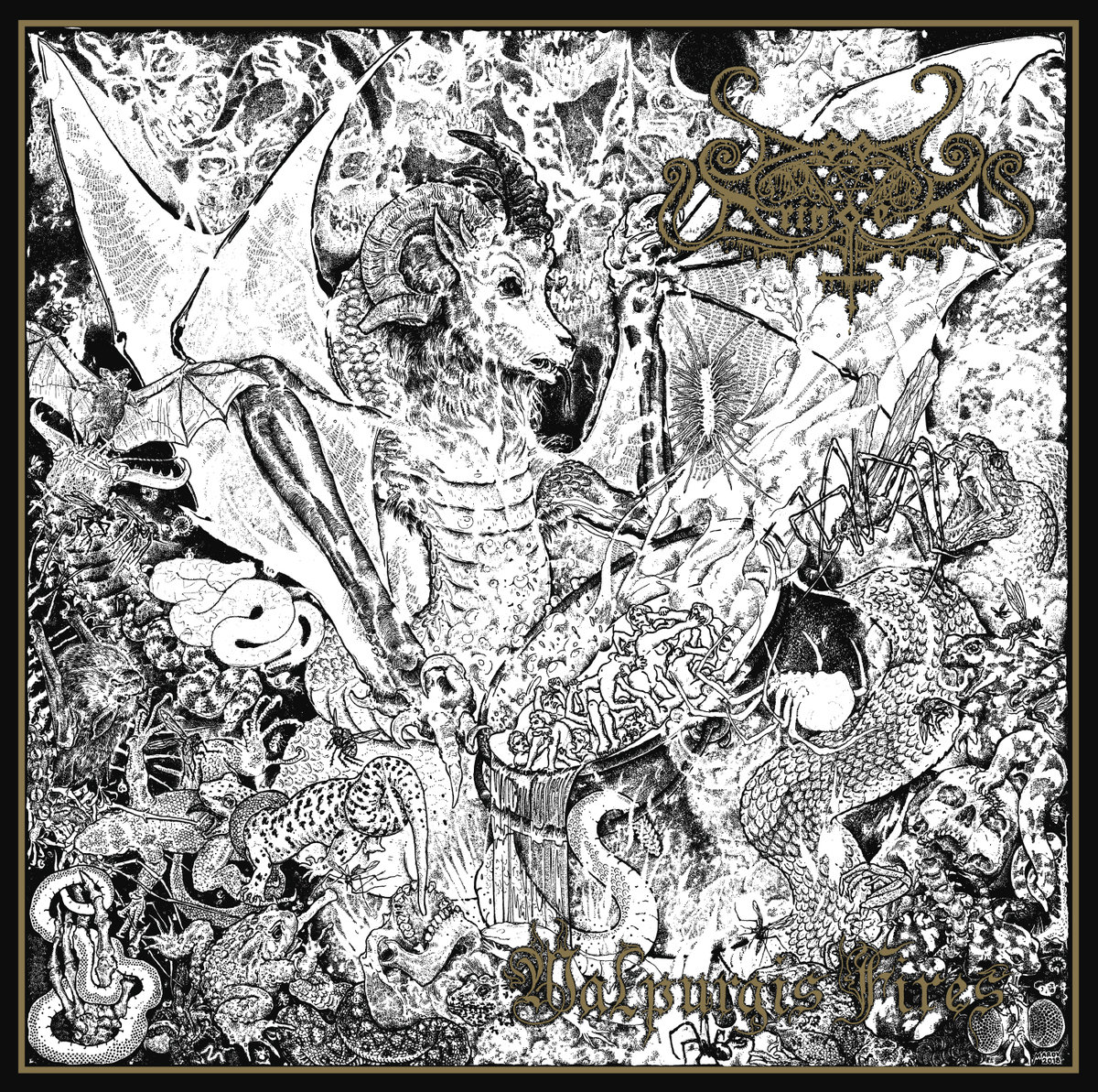 Doombringer’s sophomore full-length Walpurgis Fires may have snuck by you when it released earlier in the year, but the Polish death/black metal band’s latest is worth revisiting for those whose tastes skew towards the more esoteric variants of the genre.  Coming in nearly five years after The Grand Sabbath the group’s style has turned even further towards slower tempos that up the ritualistic and mysterious feel of the material without losing any of the bite.  It may take a bit longer than some of the other albums of this type to sink your teeth into, but those with a taste for this type of methodical and ritualistic metal will find Doombringer continues to impress.

Compared to its predecessor the tempo throughout Walpurgis Firesskews towards the slower, doomier side, though there are still a decent amount of sections where the group ups the intensity and blasts away with scorching intensity.  Given the connections between the two bands it’s likely that some of the tonality is likely to remind listeners of Cultes des Ghoules, but Doombringer pushes off towards their own blend of black and death metal that differentiates itself as you make your way through the album.  Walpurgis Fires lurches forth with precision and the riffs often have a ritualistic, otherworldly flair to them that brings the likes of Mortuary Drape and Mystifier to mind, as well as much of the Hellenic black metal scene.  The slower nature of the album allows its atmosphere to build in even greater capacity than before, but admittedly it does leave Walpurgis Fires feeling more accomplished as a whole than in bits and pieces.  Yet there’s just something about the unexpected attacks and overall murkiness that compels you to return again and again, eager to discover what secrets lie as you get further into the crypt.

Medium Mortem’s vocal work has been one of the highlights of Doombringer’s material since the beginning and that is once again the case here.  His main style is a raspier scream that hangs over the instrumentals with a specter-like presence, but there are shifts up and down in pitch throughout the album that gives the performance a bit more versatility than the average vocalist of this type.  Each and every word is drenched in reverberation that makes the screaming come through in a genuinely haunting manner, and it perfectly suits the occult atmosphere that Walpurgis Fires is able to channel.

Some of the album does blur together a bit due to the slower, methodical nature, but overall Doombringer has once again channeled a side of extreme metal that isn’t as typical to come by in this era.  With just the right amount of ominous instrumentation and raw edges, this album is able to draw you into its darkness and urges you to press onwards to discover all of its nuances.  Walpurgis Fires is available from Nuclear War Now! Productions.