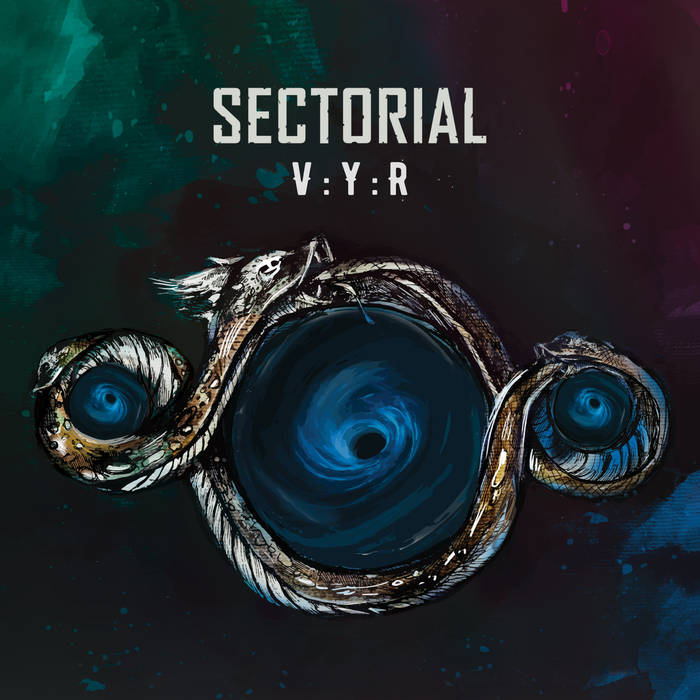 What I Like: When compared to the band's previous effort, VYR not only stakes new territory; it annexes entire continents. A broad scope of traditional instruments including drymba, munnharpe, jouhikko, bukkehorn, flutes, duda, and trembita bring Sectorial's already strong black metal foundations to a new tier of expression. Much like countrymates Nokturnal Mortum, their sound elegantly fuses the worlds of Scandinavian black metal, progressive, and regional folk music. Furthermore, this approach lends itself well to a broad spectrum of dynamics, from the peaceful flute and acoustic guitar of "Ordinary Talk" to the raging blastbeats and vicious snarls of "Above the Abyss" and "The Last Tower Will Fall." And speaking of the drums, the snare tone on this album is gnarly. Every strike is like a battle mace to the head. As for the guitars, they seem just as comfortable with rock solos as with chugging war chords...or even some dustbowl Western as with the delightful "A Thorn In The Hoof."

Critiques: While the band does a lot to justify the hour long runtime, there are some lulls here and there worthy of trimming. "Millstone" in particular is a track that doesn't really speak to me. I am at least appreciative that the songs themselves rarely outstay their welcome at a pretty well-polished 4-5 minutes on average.

The Verdict: Deeply atmospheric and brimming with regional history, VYR is a gorgeous album to behold. Sectorial have not only outdone their previous work in every possible way, they are on the fast track to earning a status on par with the other bands listed above.

Flight's Fav's: Exodus of the Winter, Above the Abyss, The Last Tower Will Fall