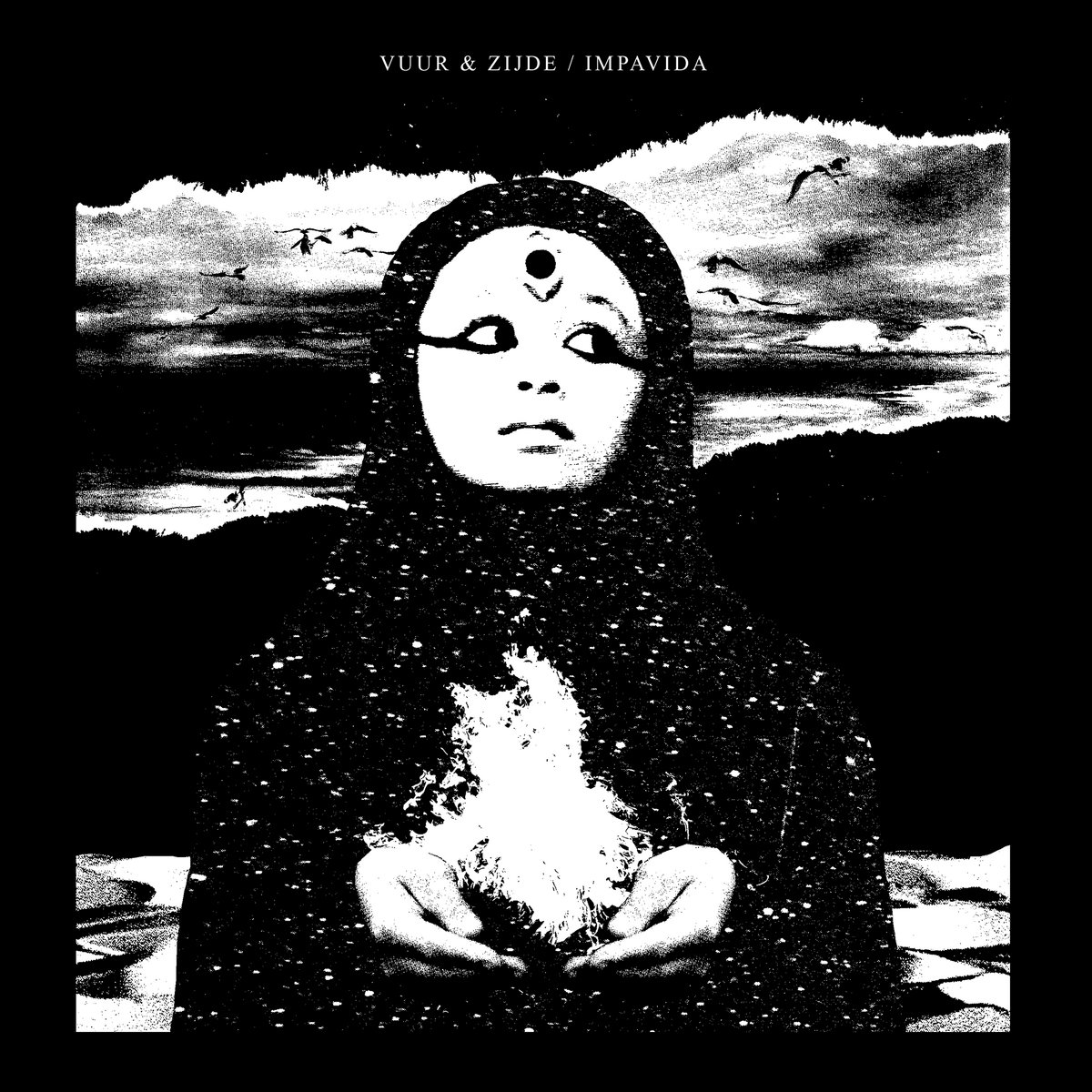 Split releases continue to be a great way for listeners to get new material from bands they’re familiar with as well as discover unknown ones.  Sometimes they pair together artists that contrast considerably, while other times the two complement each other with similar atmosphere.  The recently released split between Vuur & Zijdeand Impavida goes for the latter, with each providing sprawling black metal that reaches similar levels of tension and sweeping atmosphere but gets there in different ways.  Impavida might be familiar to many of you, especially given that their full-length Antipode graced my best of list last year, but Vuur & Zijde is a brand-new entity out of the Netherlands.  It’s both a strong first showing for a newer act as well as more entrancing material from an established act, and a release worth seeking out for listeners seeking black metal that balances equal amounts of beauty and power.

Vuur & Zijde kicks things off with three tracks of sprawling, atmospheric black metal that utilize a haunting yet beautiful tone to pull you in.  On the instrumental side two of the members have been involved in bands that I’ve given praise to before, Laster, Nusquama, and Terzij de Horde.  For those that have spent time with these groups or Dutch black metal in genre, there are some similarities to the writing and how it builds from one peak to the next in ways that allow the melodies to wash over the recording with an almost ethereal presence.  “Noordzee” in particular is reminiscent of the approach Laster went for earlier in their discography with dense blasting and hypnotic riffing that balanced equal amounts of darkness and light, but there’s even more droning and repeated sections to the writing that takes Vuur & Zijde in a different direction.  Although the guitar work comes through as familiar at this early stage in the band’s career, what separates them almost immediately is the soaring vocal work of F.  Rather than going for the usual harsh screams or growls that is typical for this genre, F. has a lighter singing voice that is drenched in reverberation and hovers above the dense layers of instrumentation.  This not only adds to the ethereal feel, but the singing reaches heights that rival the guitar and drums when it comes to power and this has brought me back to these three songs time and time again.  This is supposedly a prelude to an upcoming full length, and while there is room for the band to expand outwards and further distinguish themselves from the other projects their members are involved in there’s no denying just how enticing the material on this split is.

Impavida returned last year after an eleven-year gap with Antipode, which saw the group’s founder bring in a new vocalist and continue to offer melodies that were so twisted and nightmarish that they felt like they were going to send you into madness.  It’s not clear whether the two songs on this split were written around the same time as the album but they employ a similar approach, giving a quicker burst of dread inducing instrumentation followed by a much lengthier fourteen-minute piece.  While it may not deviate from its predecessor that much, the writing proves to be just as interesting as it sends you down a rabbit hole of twisted melodies and shifts in tempo that send the instrumentation spiraling in unexpected directions.  Impavida once again has a knack for making these transitions interesting, as they reach sprawling peaks where the sheer amount of blasting feels like its going to suffocate you, only to slow things down and let the tense atmosphere fester and get even more nightmarish.  It’s just as appealing as before, though I do miss the way the drums popped out at you on Antipode as they come through more muted here.  He, Who Walketh the Void once again delivers a performance that borders on inhuman for much of the run-time, with the screams and shrieks reaching ear piercing levels that feel generally specter-like and threaten to burst out of your speakers and grab you by the throat.  Though it doesn’t deviate significantly from last year’s material, the two songs here are natural complements and give off an even darker and distorted sound in comparison to Vuur & Zijde’s half.

Both bands on this split work well together and make for a seamless listening experience, and with the atmosphere reaching spine-chilling and beautiful peaks depending on which side you’re on there’s plenty to draw fans of black metal back time and time again.  Vuur & Zijde has left room for expansion but start off their discography a bit more fully formed than most, and Impavida is once again as unsettling and dense leaving me to wonder where they go from here.  Vuur & Zijde / Impavida is available from Lupus Lounge/Prophecy Productions.