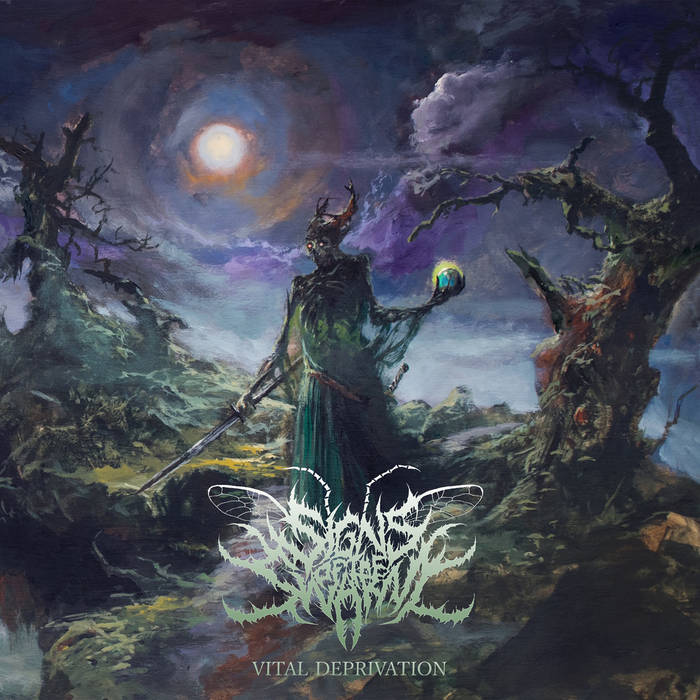 Vital Deprivation
by Signs of the Swarm

What I Like: This is the first album to feature new vocalist, David Simonich, and I must say that he does a damn fine job on this record. Between the diversity of his growls and the lumbering slam riffs, it was only a matter of seconds before I was doing the T-Rex walk around the living room (much to the delight of my 5 year old daughter). Vicious highs, stomach-churning brees, and everything in between bring forth cataclysmic destruction at every turn. But what stood out from the very beginning about this album as a whole is just how damn consistent it is. In 37 minutes, not a second is wasted. In fact, nearly every track could easily be a lead single. I've lost count of how many spins I've taken so far, yet Viral Deprivation still pounds me to dust every time. It's super aggressive, but also very catchy with its hooks and grooves. And Signs Of The Swarm prove that they can handle the latter when they really lean into it with the more melodic "Undying Fidelity." I also dig the spooky guitar effects on "Inevitable Affliction."

The Verdict: And the march of incredible death metal continues in 2019 with Vital Deprivation. Once again, it's getting more and more difficult to decide which band did it best, but rest assured that Signs Of The Swarm belong in the running. Another must buy from me. Mine's in the mail.