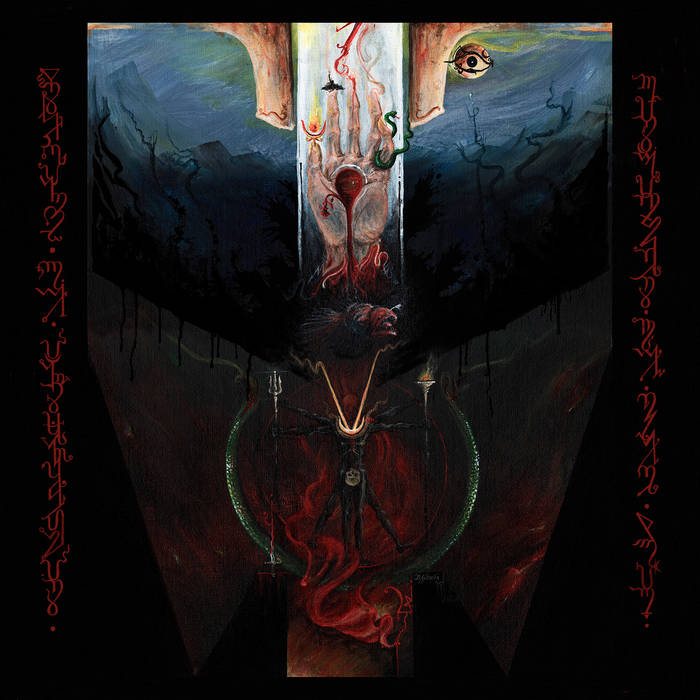 Disciples of the Void (SOI)
by Shrine of Insanabilis

2015 started off with a lot of strong black metal and BM hybrid releases: Death Karma, Leviathan, Murg, Corpus Christii, Enslaved, A Forest of Stars...but it's been a few months since then. There has been an EP here and there, A Blaze of Perdition, but largely it seems as if death has taken over. Enter Shrine of Insanabilis. A band with no interest but presenting uncompromising black metal that falls somewhere between Dimmu Borgir and Satyricon.

Disciples of the Void is another album that knows how to be both harsh and melodious. The vocals and rhythm guitars tend to be quite raw and uncompromising against the barrage of blastbeats. But the lead guitar often overlays very sad but beautiful hooks. Cult of Fire is a decent comparison, though I think these guys tend to be a bit more straightforward. "Invocation" barrels through with absolutely mournful tremolos and tortured growls.

Shrine of Insanabilis can also slow things down for the intro to "Still of this Earth." But what is most notable about this track is not so much the speed, but the artful transition that occurs. It begins sounding almost positive and hopeful, but through subtle changes in key, the mood slowly shifts into a doomy dirge. And then, 2x4 to the face of blastbeats and distortion. It's obviously not the first tine I have heard this technique, but when it's pulled off particularly well, you take notice.

But whether these guys are firing on all cylinders or engaging in the more thoughtful (but no less grim) double closer of "Acerbus" and "Omega," it's always done well. I'd like to see the group develop a bit more of their own signature in time, but the tunes they are putting out have the quality factor on lock. It's well produced, well written, and black to the core. Pick it up today on bandcamp for 7 Euro.