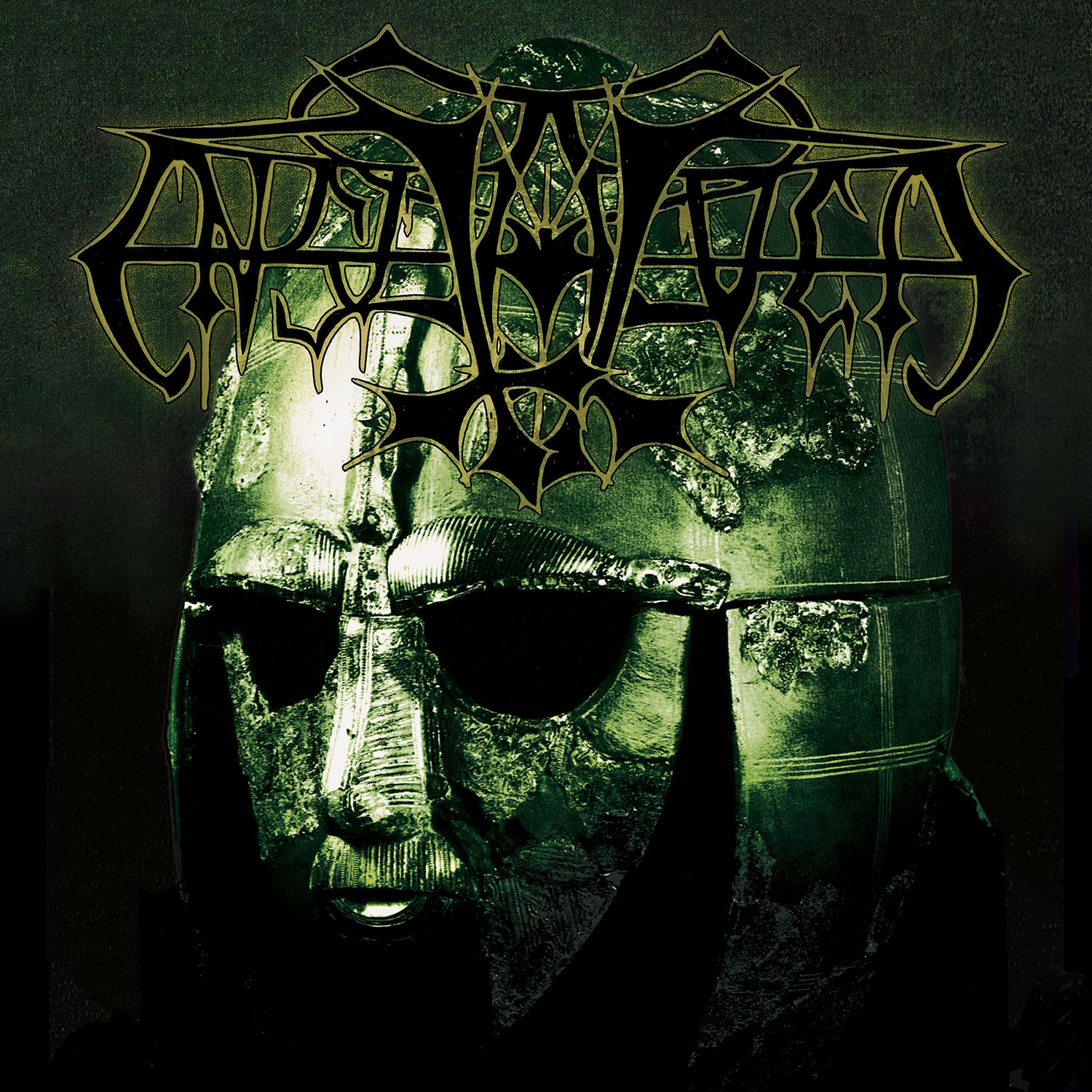 This review was originally part of a larger discography review, but in honor of Enslaved's move to pull this album from the vault, so too shall this be dusted off and made new.  Their classic debut full length, Viklingligr Veldi, is being reissued today for the first time ever on vinyl via By Norse Music.  This limited edition 2xLP gatefold edition includes a new layout design by Z. Bielak (Ghost, Mayhem etc.) as well as four brand new illustrations. Additionally, the record has been remastered for vinyl by Iver Sandøy preserving its original dynamics.

While I doubt anyone who followed Enslaved from the beginning could have guessed how much their sound would change over the next two decades, a few must have sensed that there was something special here. It’s 1994: Varg is in jail, Euronymous dead; and peers Darkthrone, Immortal, and Mayhem have released some of the strongest and most influential works of their careers. Yet from the very beginning, Enslaved forge a progressive sound that is wholly their own.

Sure, there are the trademarks of early second-wave BM all over this thing: repetitive tremolo hooks, under-produced howls, Bathory-esque blastbeats. But similarities end here. Not even Burzum had the balls to average every track on the album above 10 minutes. VV does so without resorting to monotony. There are borderline points such as on “Vetrarnott,” but largely each track succeeds to engage through effective use of changing movements.  In this way their sound is more aligned with early Ulver, and the material has more to do with Norse mythology than death and Satan.

Consider the build on “Midgards Eldar” as an example. A soft acoustic intro, then a dreary riff emerges aided by creepy horns and arena drumming. Suddenly, an ugly bass solo and change in pace. Double bass, fills, new riffs, then a slower section. Few others were experimenting with the level of dynamics at play here, but the entire album is chock full of them. There are heavy bass guitar passages, phaser guitar solos, and plenty of instrumentals. The drumming is well above the typical blastbeat tropes and synth use is understated and effective.

While Enslaved would further tighten and perfect the ideas at play on later releases like Frost and Mardraum, VV is a blueprint that was unprecedented for its time and place. Its influences are apparent on various later BM acts such as Taake, Absu, and Wolves in the Throne Rome. If you call yourself a fan of Enslaved, you would be amiss in not at least giving this album a few spins. Those who are only fans of their later works will likely be less keen on what they hear, but without Viklingligr Veldi, there would be no Isa or Axioma to enjoy.  In terms of the new mix itself, the difference is subtle, but noticeable side by side.  This edition certainly brings the drums a bit more forward, creating a fuller and bassier sound.  Still kvlt, but with a little more power behind it.  Buy it HERE in black and HERE in white.  Unfortunately the stream below still represents the old mix.