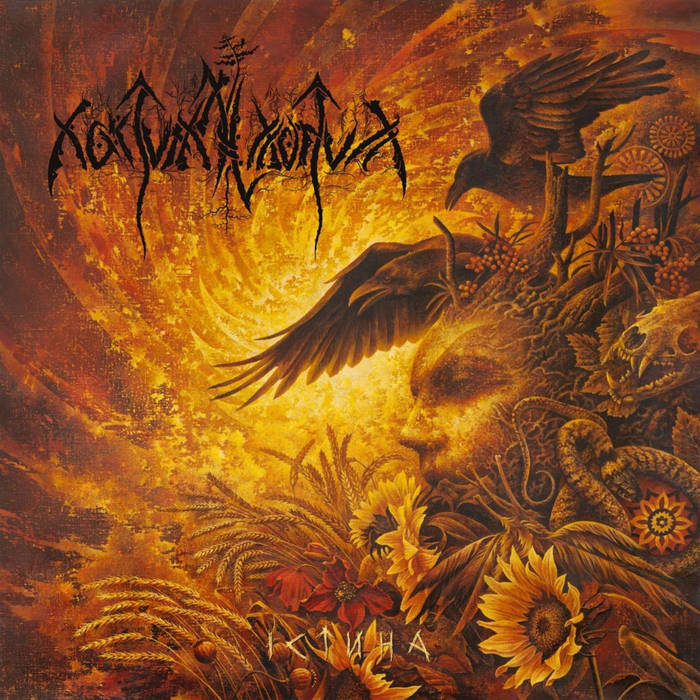 The Pitch: 8 years have passed since perhaps Ukraine's greatest metal export, Nokturnal Mortum, released their incredible blackened folk opus The Voice Of Steel.  It's been a long time and lots of hype, but Verity has finally arrived.  FFO Moonsorrow, Selvans, Enslaved

What I Like: Considering the amount of time I have spent elevating this album to nearly impossible expectations over the past 3 years or so, Verity has a really high benchmark to reach.  I am thrilled to say "mission accomplished."  It's rare for me to so feverishly check for updates on a particular project, and even rarer that the resulting record actually pans out on a critical level.  Fortunately, Nokturnal Mortum are incredible musicians that simply seem to prefer doing things right as opposed to doing them quickly.  And so much has been done right with Verity.

These compositions are packed to the gills with incredible instrumentation ranging from the usual Moonsorrow-ish black metal guitars with rocking, proggy solos and atmospheric synthesizers to a wealth of real folk instrumentation.  I can't even begin to name and catalog them; but it's these traditional instruments that bring the music alive and lend a sense of worldliness and history to the album.  The flutes and various stringed instruments pull you right into a different world:  one focused on nature and spiritual forces rather than mobile phones and social media apps.  I picture bands of gypsies traversing lush, open terrains and Pagan fireside rituals.  From the very first horn blow on "I'll Meet You in Ancient Darkness," a throwback to previous albums, I could feel a change...a joy really...well up within me.

Critiques: I honestly don't think I would change a damn thing about Verity.  As my regular readers know, I am more than happy to criticize and sometimes even slam my heroes for a bland album, but thankfully none of that is necessary here. I even considered giving it a perfect 10, but was willing to accept that as innovative as it is, it's not comepletely unfamiliar territory either.

The Verdict: Nokturnal Mortum continues their trajectory from an Emperor-worshipping black metal band steeped in NSBM rheteric to a more mature sound and aesthetic.  Some people say that people don't change, but I think that's bullshit.  Verity can't answer all of the critics' questions, but it says plenty about how far these guys have come creatively.  Buy it today in a number of stunning formats from $7 digital to digibooks, limited box offers, and more below and via Music Hall.