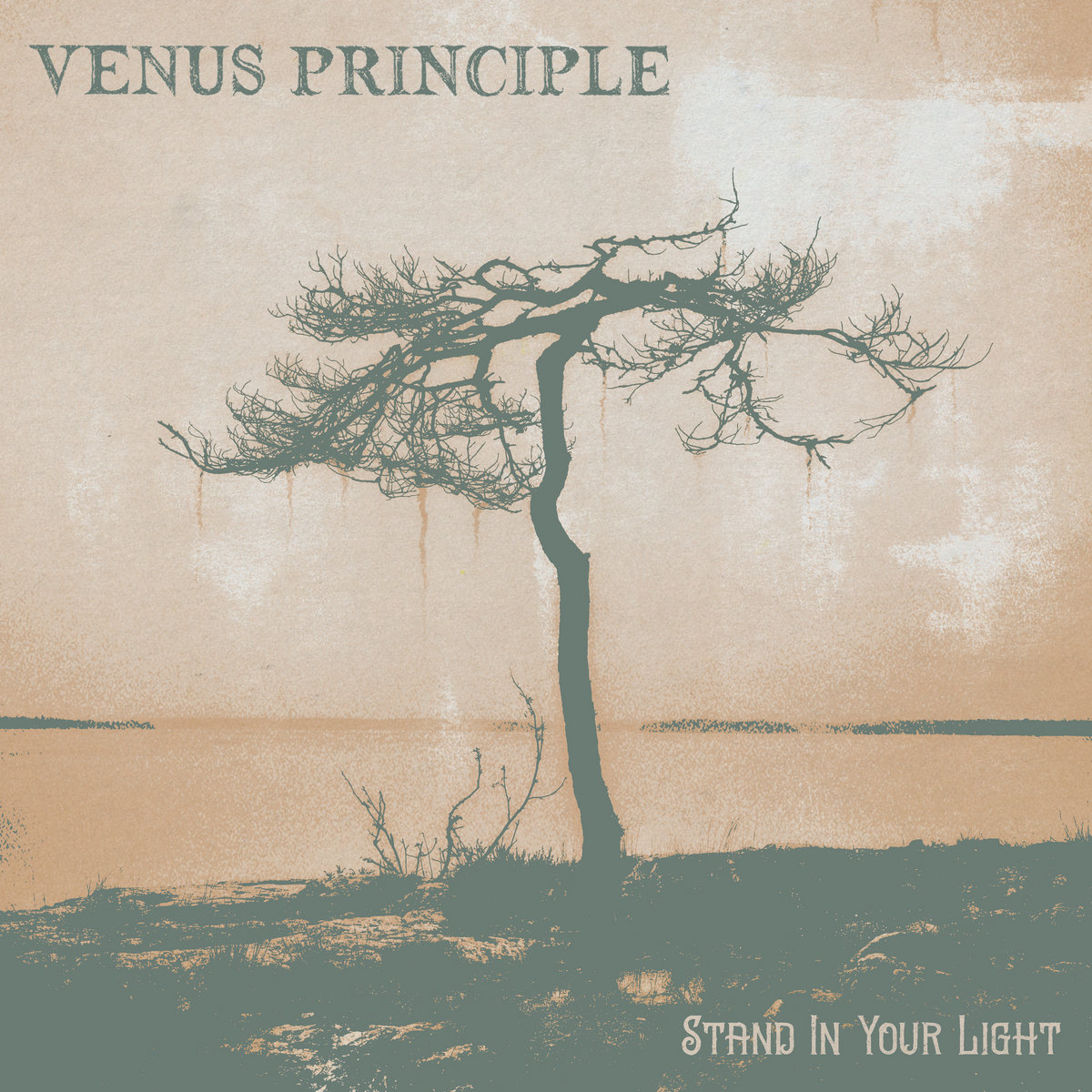 Stand In Your Light
by Venus Principle

Formed in 2019 by ex-members of Crippled Black Phoenix, the British-Swedish band Venus Principle has started off with an ambitious first effort in the form of Stand In Your Light.  The hour-plus effort showcases a love for sweeping guitar-based music that pulls in everything from psychedelic, progressive, and art rock in both classic and modern incarnations.  These three different genres can encompass a wide range of styles and that holds true for Venus Principle’s atmospheric, sprawling approach to rock as each of their songs utilize some similar foundations but head in dramatically different directions.  It’s a lot to take in and admittedly does something feel a bit overstretched, but the strength of the songs (particularly on the first half) make Stand In Your Light an album worth getting lost in.

That last phrase is important when discussing Venus Principle’s ideas, as when you boil each of these songs down, they offer up shimmering, warm atmosphere and the type of guitar melodies that you can get lost in and just vibe to.  There’s a lot happening around that, and this is something accompanied by more traditional rock ‘n roll elements, psychedelic flourishes, or keyboards that recall the classic era of prog.  It helps that the first three tracks are absolutely stunning, building layers of airier melodies and warm atmosphere over time that make use of twin-guitar leads as well as sweeping piano and keyboards.  Sometimes Venus Principle slows this down to a crawl, as songs like “Kindle the Fire” bring a soft and slow build-up that brings to mind spaghetti westerns and heartland folk/rock ‘n roll.  Stand In Your Light has quite a few details to take in but has soaring hooks that often suck you right in and convince you to stick around to discover everything else.  There are a lot of familiar sounds and styles, but I can’t think of too many bands who can remind me of Anathema one moment and then channel Wishbone Ash or even Fleetwood Mac the next.  Sometimes you’ll even get a bit of post punk in there, and a few of the darker moments channel some gothic/doom ever so slightly.  But as absorbing and addictive as I found quite a few of the songs on this release, it does feel a bit too long and the slow and methodical pacing dampens some of the impact on the second half.

Venus Principle may have plenty of strong guitar leads, powerful bass lines, and soaring piano/keyboards to draw listeners in, but it’s the dual vocal combination of Daniel Änghede and Daisy Chapman that makes Stand In Your Light so enticing.  The two harmonize often, which is likely to draw some additional comparisons to Anathema, but their pitches provide some notable differences.  Änghede has a somber yet warm tone that sometimes brings some hints of Pink Floyd, but other times has a windswept swagger that reminds me more of David Eugene (Wovenhand).  Chapman also starts off at a mid-range but has a tendency to let her voice soar in ways that recall older country and even gospel, while still retaining plenty of rock flourishes.  It’s a mixture that adds to the depth Venus Principle’s music is able to provide, and if the group can continue to capitalize on the interplay and harmonies between the two they’ll keep getting better and better.

Songs like “Rebel Drones” and “Barricades” had me drawn in from the very start, and convinced that Venus Principle’s blend of slow building and expansive rock was going to be a thrilling ride.  The second half may not reach quite the same level, as the couple track run of very slow paced songs does hurt some of the momentum, but the amount of memorable hooks still elevates this debut to be worth your time.  Sometimes psychedelic, sometimes progressive, and always warm and airy, I like what this band is going for and if they can trim things down slightly in the future, I think they’ll put out a truly incredible effort from beginning to end.  Stand In Your Light is available from Prophecy Productions.