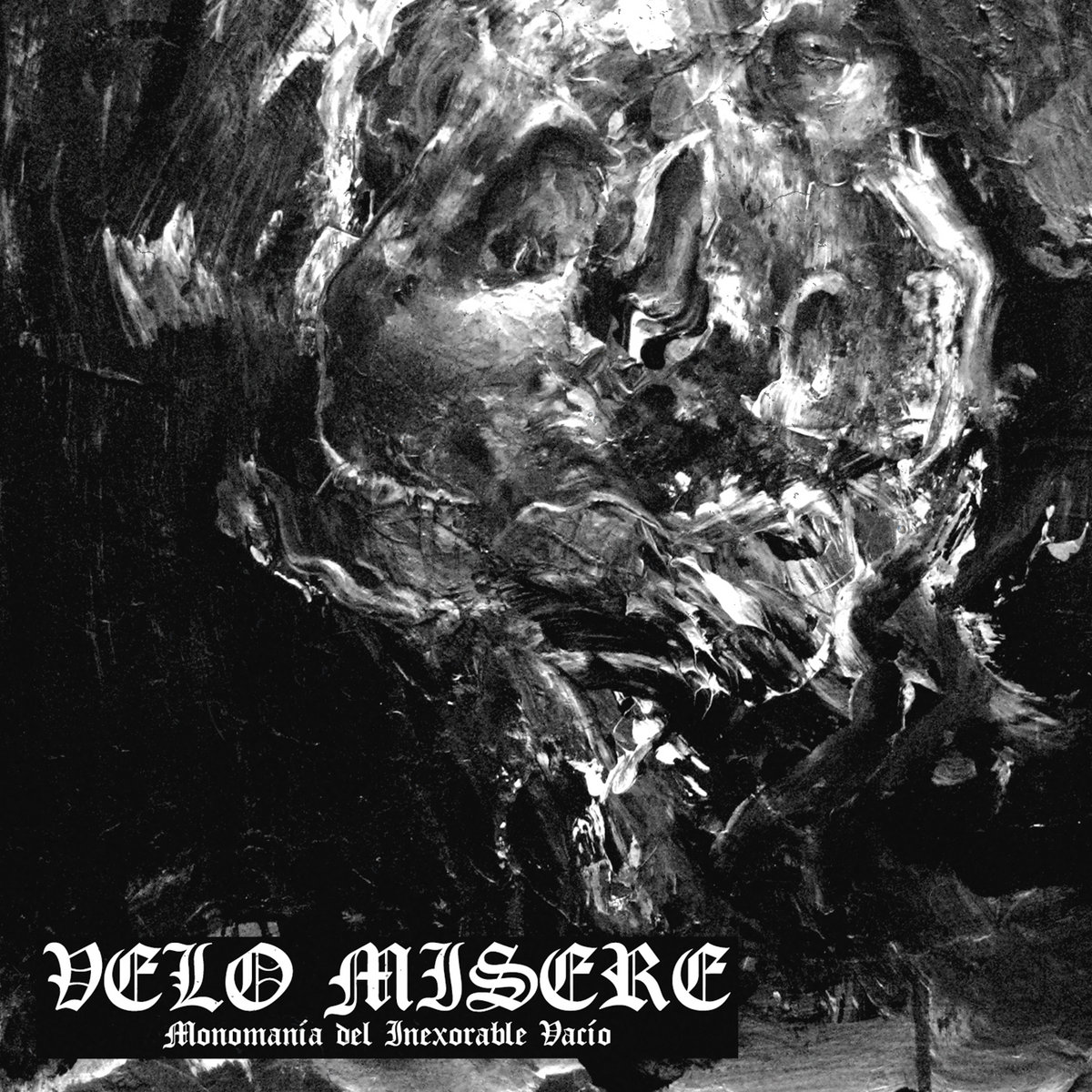 Spanish black metal band Velo Misere has been around for a little over five years now and has been honing their take on dark, tense atmosphere and jagged riffs since 2017’s Compendio de trágicos presagios demo.  This year’s Monomanía del inexorable vacío full-length refines their approach further with hypnotic riffs that wash over the listener with equal amounts of somber beauty and nightmarish qualities, channeling a raw yet full sound that is reminiscent of where some of the genre was heading in the late 90s.  It may tend to blur together due to the similarities of how each song achieves its atmospheric climaxes, but Velo Misere still manages to get under your skin in ways not every black metal band can.

Rather than launching directly into blast beats and chaotic instrumentation, the first impression you get of Velo Misere is one of beautiful yet twisted melodies and fluid basslines that feel like they’re structured in a way that is meant to drive listeners into a hypnotic state.  After a minute or so of this mid-tempo approach, opening track “Visión de la sombra” picks things up with pummeling drums adding another layer to the already dense soundscapes.  There’s a noticeably rawer edge to the recording, yet the prominence of the bass and fullness of the guitar leads lends some production values that are far more accomplished than a second wave worshipping act.  Monomanía del inexorable vacío thrives when it’s able to pivot towards guitar work that have a sense of somber or mysterious beauty while still having a sinister edge to it, as if some unknown force is inviting you into its warm and inviting grasp only to suffocate you later.  It can be difficult for black metal to channel this type of mystique and allure alongside bone chilling coldness without turning to progressive or shoegaze tendencies, yet Velo Misere achieves it within a more traditional framework.  There are some truly stunning moments when the band hits their peaks, but I did find that they started to fall into a bit too similar of a pattern by the time Monomanía del inexorable vacío to a close.  The last few songs in particular come very close to some of the earlier ones and while they still manage to hold my attention, a bit more defining details that helped individual moments stand out would take this material to the next level.

The vocals are arguably the harshest element on the album, as Velo Misere keeps the performance centered around very high shrieks and screams for its entire run.  That’s not to say there isn’t variation to what the vocalist is doing, as songs like “Nostalgia” showcase moves from ear piercing shrieks into slightly lower screams and yells, but if you’ve been turned off by howls and similar types of pitches this isn’t going to change your mind.  For me it reminds me of some of the more ghastly and even vampiric themed black metal that emerged out of Finland and Norway throughout the 90s, and the performance has that same raw and inhuman approach that leaves an impression.  Velo Misere also hasn’t completely buried their vocals either, letting them breathe a bit so that they only seem to get more intense as each song progresses.

Despite some of the material blurring together for me, this is still the type of black metal that holds a considerable amount of appeal.  That balance of mystery and hypnotic qualities with a dark, twisted edge sucks you right in, and gives a desolate and tense listen that showcases how much Velo Misere has already grown since their creation.  With a few more tweaks that shake up the approach just a bit more their next album has the capability to be monstrous, but the band has still built a strong foundation here.  Monomanía del inexorable vacío is available from Lunar Apparitions and Altare Productions.