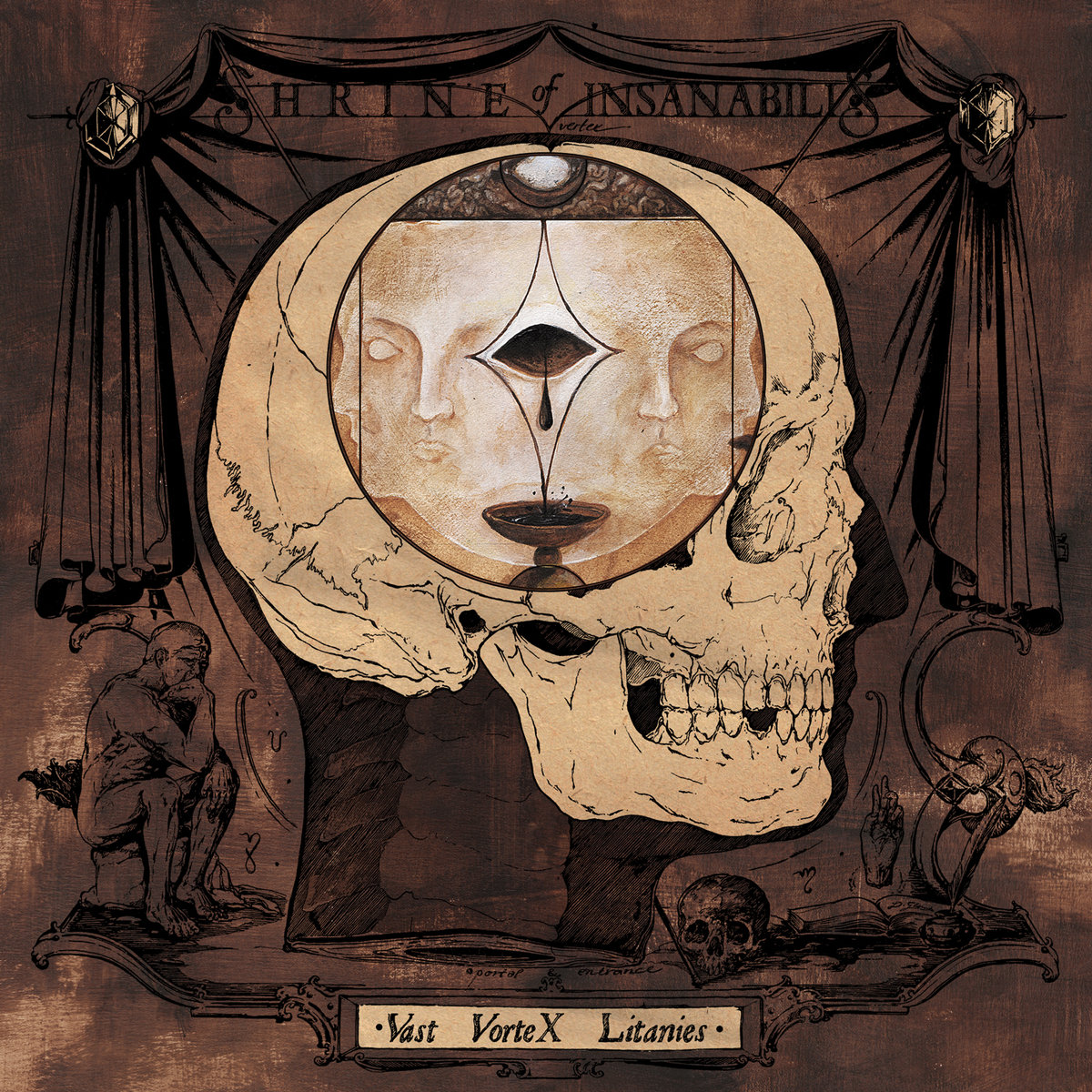 Shrine of Insanabilis appeared out of thin air with one of the most fully formed black metal debuts the genre had heard in awhile with Disciples of the Void in 2015.  With little known about the band aside from their German origins, they took a pummeling approach that expanded outwards to build into choking levels of atmosphere.  The group quickly followed that up with an EP a year later and began doing live shows, but they’ve remained quiet on the recording front until this year’s Vast Vortex Litanies.  Building on the foundation from four years ago, the overall approach may be familiar but the writing feels even more grandiose in scope and has even more layers than before that will pull you in and keep you journeying further into the darkness.

One of the best elements of Shrine of Insanabilis’ delivery has been its overwhelming sense of atmosphere and power, with the band often pausing just enough to give you one breath before doubling down on the attack.  This has been amplified to even greater levels than before, and from beginning to end Vast Vortex Litanies attacks with such fury that it feels like it’s going to reduce you to nothingness.  Despite how loud and full the sound is that doesn’t mean that the writing remains singularly minded, as the riffs twist and turn in an adventurous manner that pulls the listener alongside it.  The instrumentalists continue to have a knack for transitioning when you least expect it and are settling into one particular riff or blasting drum pattern, forcing you to refocus and take everything in anew.  It’s an approach that may not be that far removed from where the band began, but their atmosphere is even more sinister and warlike than before and the playing retains a technical edge that puts them above many of their genre peers.

The vocals once again stand above the vastness of the instrumentation, with the screams coming through at a mid-range that is able to move slightly up and down in pitch.  It’s effective at adding that extra burst of intensity to each of the songs, and with some slightly cleaner chants incorporated during some of the passages the performance comes through with a bit more versatility compared to its predecessor.  Shrine of Insanabilis places a good amount of space between each verse, which allows each one to come through with peak intensity and it never feels like the vocals are hitting a lull for the entirety of the album.

Considering how strong of a base Shrine of Insanabilis built for themselves on Disciples of the Void, it’s not that surprising that its follow-up feels like a true refinement rather than a reinvention.  The otherworldly atmosphere, chaotic pacing, and technical slant remains as compelling than before and it’s clear that these guys are capable of black metal significantly ahead of the meat and potatoes variants of the genre.  Vast Vortex Litanies is available from World Terror Committee.