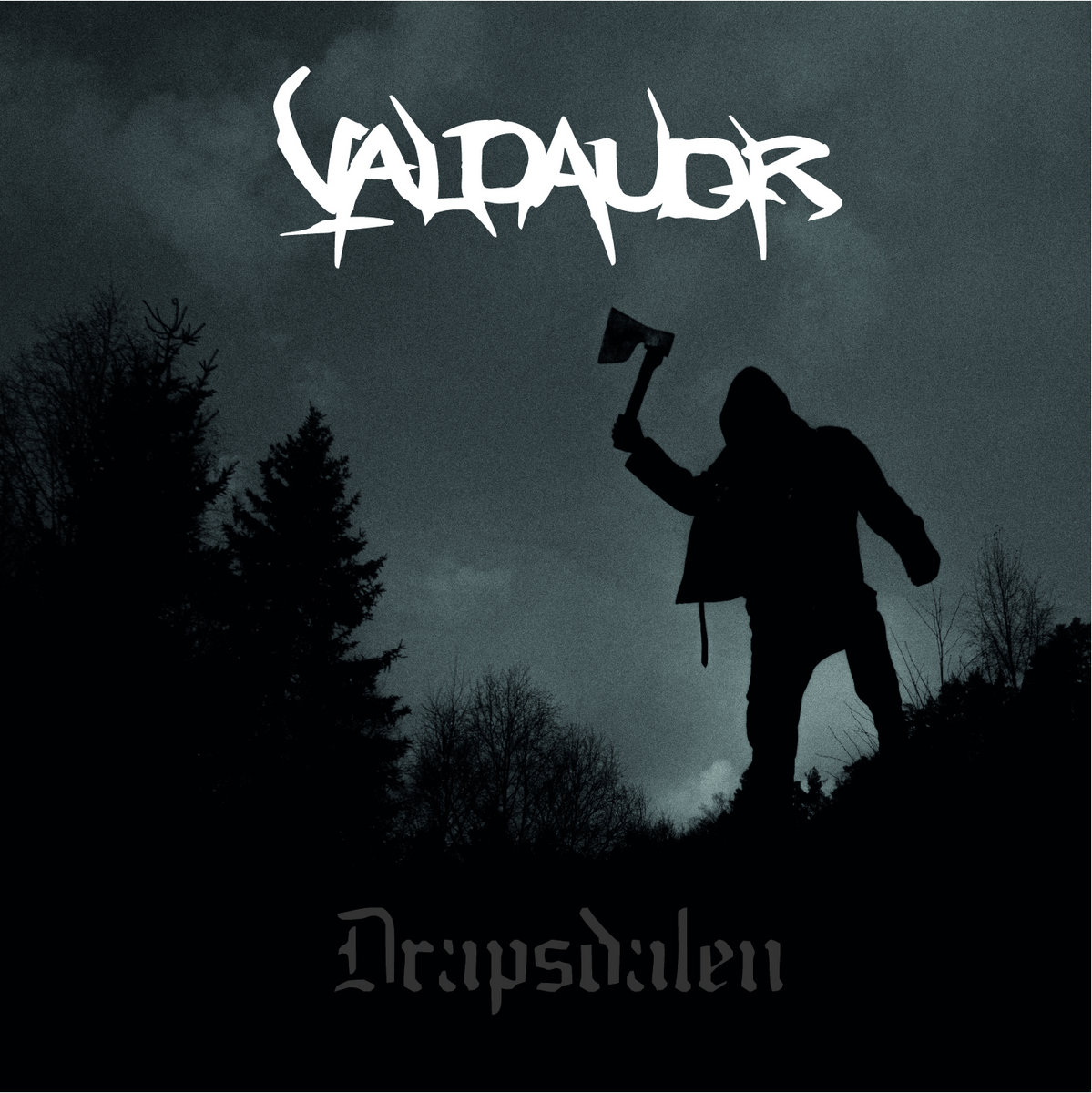 If you’ve followed Blood Red Throne and guitarist Død for any period of time, you’re more than likely familiar with how busy the Norwegian musician keeps himself.  In addition to writing heavy hitting death metal with his main band, Død has explored groove metal with Zerozonic and black metal with Cobalt 60.  The latter featured original Blood Red Throne vocalist Mr. Hustler and released two albums a decade apart before Hustler departed in 2018.  Rather than letting newly written material in that same style go to waste, Død has now recruited another former Blood Red Throne singer Vald and rebranded the group as Valdaudr with Taake’s live drummer Rune Nesse along for the ride.  The resulting album Drapsdalen moves even closer to the earliest days of Norwegian black metal with punk leaning riffs and rawer tonality, and while the sound is undeniably familiar the material captures it in ways many newer bands can’t.

I can appreciate that a lot of longer-running Norwegian acts have gone to their roots on recent albums and captured the punk and rock ‘n roll influences that some of the more primitive second wave acts showcased.  Much like the Tulus album from last year, there’s an emphasis on stripped down songwriting with short and punchier riffs that hit hard and then move onto the next idea.  However, where that material had the tendency to blur together after a few songs Valdaudr is able to shake things up enough from one track to the next that it results in plenty of memorable moments over the course of the album.  Whether that’s the acoustic guitar and slight folk elements that make their way into “Kom, Bestig Vaare Fjell” or the thrash edge and prominent bass work on “Den Evige Ild”, there are more details that stand out upon repeat listens than you might expect.  It’s clear that Død and company have been able to capture the grittiness and simple yet effective approach to writing that made a lot of the well-known black metal albums from Norway gain that status, and while it’s not likely to dethrone those classics Drapsdalen does sound considerably more authentic than a lot of newcomers.  This is true of the production too which gives enough space for all three instruments to break through but has a rawer edge that brings the same type of intensity that you’d expect to hear if you could see Valdaudr in a live setting.

Vald did utilize some higher pitched screams on Blood Red Throne albums like Come Death and Souls of Damnation, but primarily stuck to gutturals and lower growls that fit in with the group’s death metal.  For Valdaudr he’s expanded significantly upon these higher ranges, reaching the same type of ear-piercing screams that defined much of Norway’s second-wave black metal.  It’s a completely different approach for him, to the point that if you just turned on Drapsdalen without reading who was in the band you might not even realize that it’s Vald behind the mic.  There’s a consistently abrasive edge to each verse that does the style justice, and while this by itself would’ve made an impression there are also some transitions into singing that bring in more of that folk influence.  It’s a small detail but goes a long way in making Valdaudr to stand out a bit more.

Død remained focused on death metal during a period where many of his fellow Norwegian metal musicians were known for black metal, but albums like this prove he can do either style extremely well.  While it doesn’t push too far outside of what you’d expect for this type of second-wave period black metal, the incorporation of some folk and thrash elements make the songs have some variety and make this far more interesting than the genre act that plays the same riff for an entire album.  It’s a very strong start for this re-named group, and hopefully Valdaudr will give us material a bit more often than Cobalt 60 did.  Drapsdalen is available from Soulseller Records.