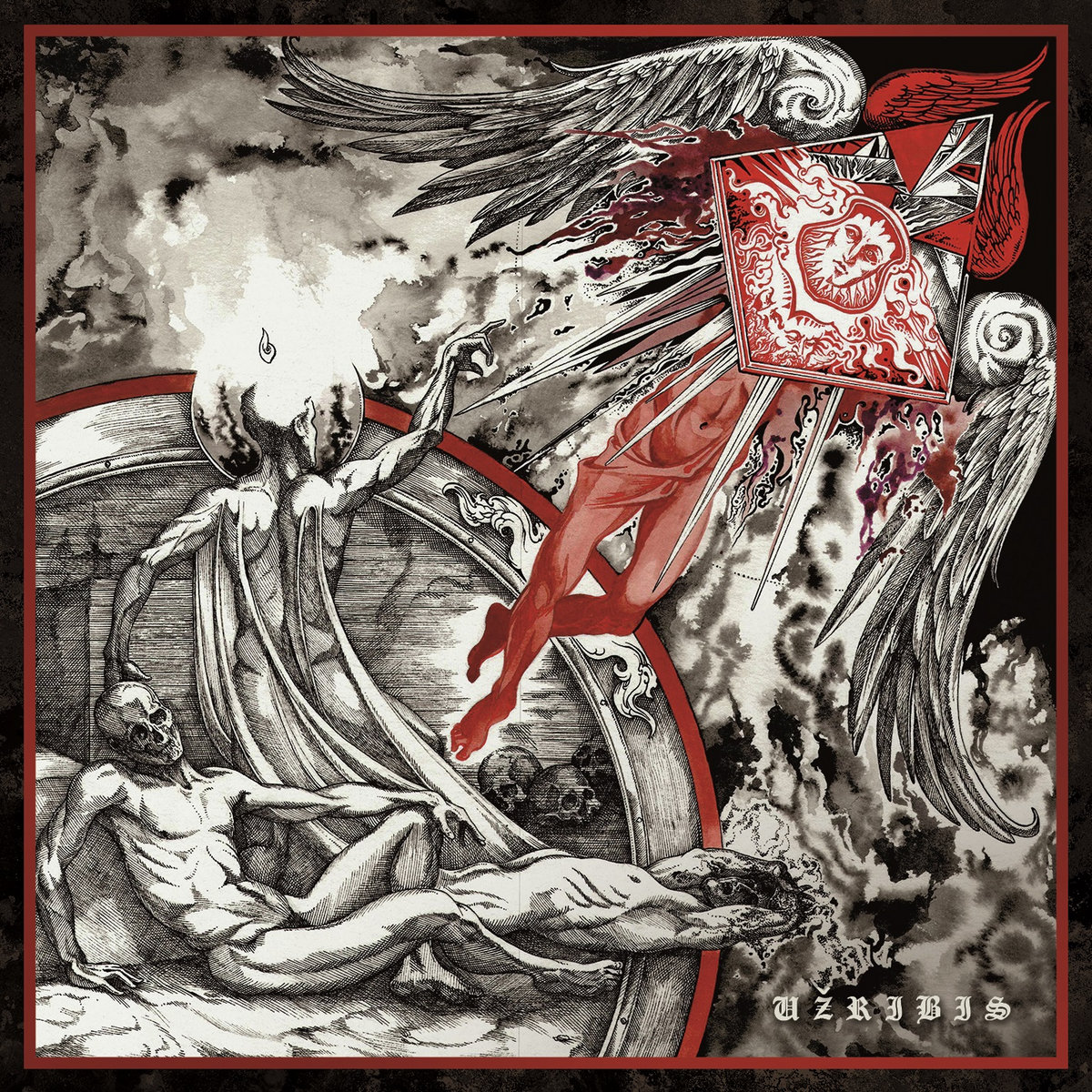 Luctus is a long running Lithuanian black metal band that has been releasing material since the early 2000s, first as a one-man project and later as a full lineup.  While metal from this country doesn’t come in the same frequency as some of its other European counterparts, those that I’ve spent in-depth time with before have been worthy of the attention and with their fourth full-length Užribis Luctus is no exception.  It’s a lengthy effort with songs that skew towards the long sides and with regular transitions in tempo that make each one feel like a journey into darkness and the unknown.  While a few of the slower passages do drag a bit, the band is able to establish a tense atmosphere and keep you captivated throughout, showing the maturity and polish of a longer running act.

Five years have passed since Ryšys, with only a split in between giving listeners a taste of where the group was headed on this album.  Since that time Luctus has recruited a new drummer and guitarist, and with the lineup shifts there have been some changes to the songwriting approach as well.  Užribis still has plenty of passages that go right for the throat either with sheer speed and blasts or particularly scorching solos, but rather than going full throttle the whole time the instrumentalists like to shake things up over the course of each song.  Like some of their Scandinavian peers, Luctus spreads their sound outwards over longer track lengths allowing them to hit multiple peaks over the course of each one and balance atmospheric and melodic build-ups alongside pure aggression.  Songs like “Kas tu esi?” are great examples of this, as they start off with dense riffing that almost has a death metal tonality to it before shifting over to melodic leads that have a haunting feel to them.  There are quite a few twists and turns to each of the lengthier tracks, and there are three interludes that help the ominous and tense melodies to be shown off even further.  Admittedly at nearly fifty minutes in length there are a few of the slower sections that overstay their welcome and drag slightly, but it doesn’t take away from the overall power the album is able to generate.

The vocals throughout Užribis maintain the type of aggressive and distorted pitches that one would expect from black metal, but there’s a lot more variation to the performance than is typical for the genre.  Kommander L.’s primary pitch skews towards a lower scream/growl that reverberates over the instrumentation with an immense amount of force, but you’ll find much higher screams and howls as you make your way through the material.  This is one of the areas where it’s evident that Luctus is a longer running and more mature entity than some of their peers, as the vocals are more dynamic and shift naturally alongside the sprawling instrumental work.  It’s an approach that works in their favor, and the subtle differences from one song to the next gives listeners plenty of individual passages to focus on.

It’s clear that this group has continued to evolve from one release to the next, and on this album they’ve mixed their fast paced, all-out attacks on the listener with sprawling mid-tempo passages that are just as focused on building a tense and desolate atmosphere.  Though the style is a familiar one, especially for black metal in the past decade, Luctus pull it off convincingly and show that they’re able to hold their own with some of the better-known names.  Užribis is available from Inferna Profundus Records.