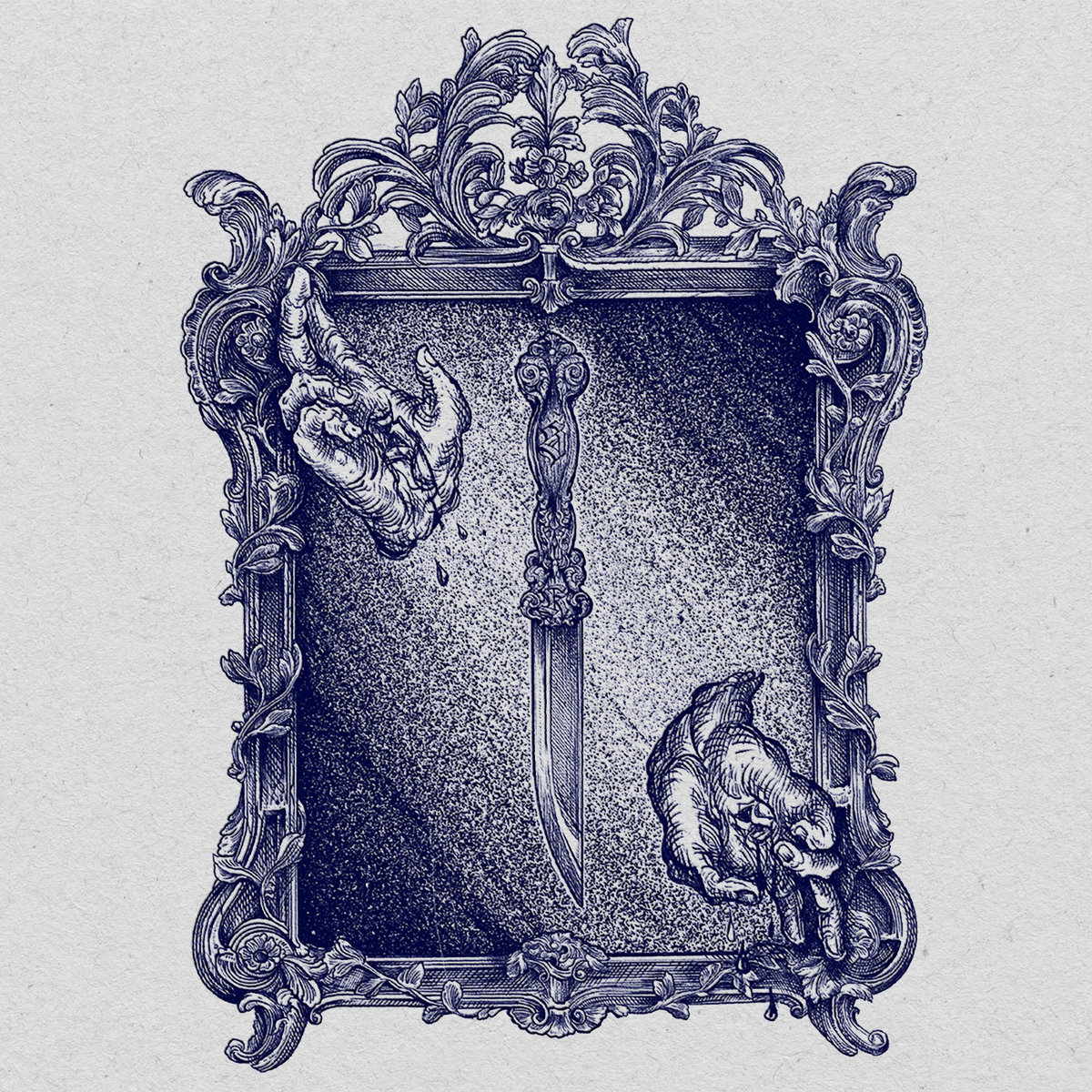 Silver Knife is a new black metal band formed by members of Cult of Erinyes, Hypothermia, Laster, and Nusquama, which immediately grabbed my attention when their debut full length Unyielding/Unseeing came through my inbox.  Each of the aforementioned acts has released some incredible material over the years and pushed in vastly different directions, so it makes sense that Silver Knife’s debut would bear resemblance to them while also exploring completely different elements.  With songwriting that emphasizes somber melodies and sweeping instrumentation, this is the type of black metal that sucks you in with equal amounts of beauty and decay.

With five out of the six songs pushing past the six to seven-minute mark, it’s evident that Silver Knife has oriented their ideas around sprawling instrumentation and layers that build over time.  In the hands of lesser musicians this might make an album drag or fall into repetition, but it’s handled with ease on Unyielding/Unseeing as not a minute feels wasted and the tracks have a tendency to build from dense, majestic levels to even higher peaks.  Opener “Unyielding” is likely to have listeners entranced after only the first few minutes, as it unleashes layers upon layers of riffs that have the force of a storm passing through.  Stylistically some of the abrasive and violent backbone of Cult of Erinyes is present here, and the sprawling melodies that build up to downright beautiful and majestic climaxes reminds me of Laster’s earlier days before they started incorporating post punk into the mix.  But that’s not to say that Silver Knife is merely retreading what these musicians have accomplished in those groups, as the overall tone is significantly different on Unyielding/Unseeing and it gives off equal amounts of abrasive edges and somber beauty.  The guitar work pummels with jagged edges but there are brighter moments that break through, sometimes reminding me of Fluisteraars’ album from earlier in the year.  There are also natural pauses that let some lighter textures take the spotlight, giving Silver Knife a more dynamic feel than some of the other black metal bands that go full speed the entire time.  It’s rare to find a debut that proves to be this engaging from beginning to end with no real weak or skippable moments, and some of the melodies on “Conjuring Traces” and “Silver & Red” are so haunting that they’ve been in my head for days since that first listen.

The instrumentals may weave between calm and abrasive elements, but the vocals stick firmly on the harsher end of the spectrum.  With how high pitched the screams are, I’m pretty sure that this is the same N. from Laster and his abrasiveness suits the overall sound that Silver Knife is channeling perfectly.  Given the introspective and bleaker moods that seep into the band’s music, this type of vocal performance adds to the intensity of the album and since each song spreads out the verses it makes each appearance even more focused and in your face.  Unyielding/Unseeing focuses on the abrasive and raw performance for its entirety, with the shorter track “Unseeing” serving as the sole exception.  On this track, the guitar work is much lighter and there’s a soft-spoken word passage that comes through towards the end.  It’s a small touch, but it does help to further break up the material and pull you in with how much emotion is pouring out of every song.

It’s rare to find a band this new that has such a fully formed vision and sound on their debut, but that’s exactly what Silver Knife has done.  They’ve pulled in some of the haunting atmosphere and violent outbursts of their other projects and pushed them into different territory, reaching truly stunning levels along the way.  This is black metal that you can get lost in for hours and easily one of the year’s best albums, reaching similar heights as Fluisteraars’ latest.  With recent interviews indicating another album worth of material is already finished, I expect even greater things still to come which is saying something considering the level this debut is at.  Unyielding/Unseeing is available from Amor Fati Productions and Entropic Recordings.