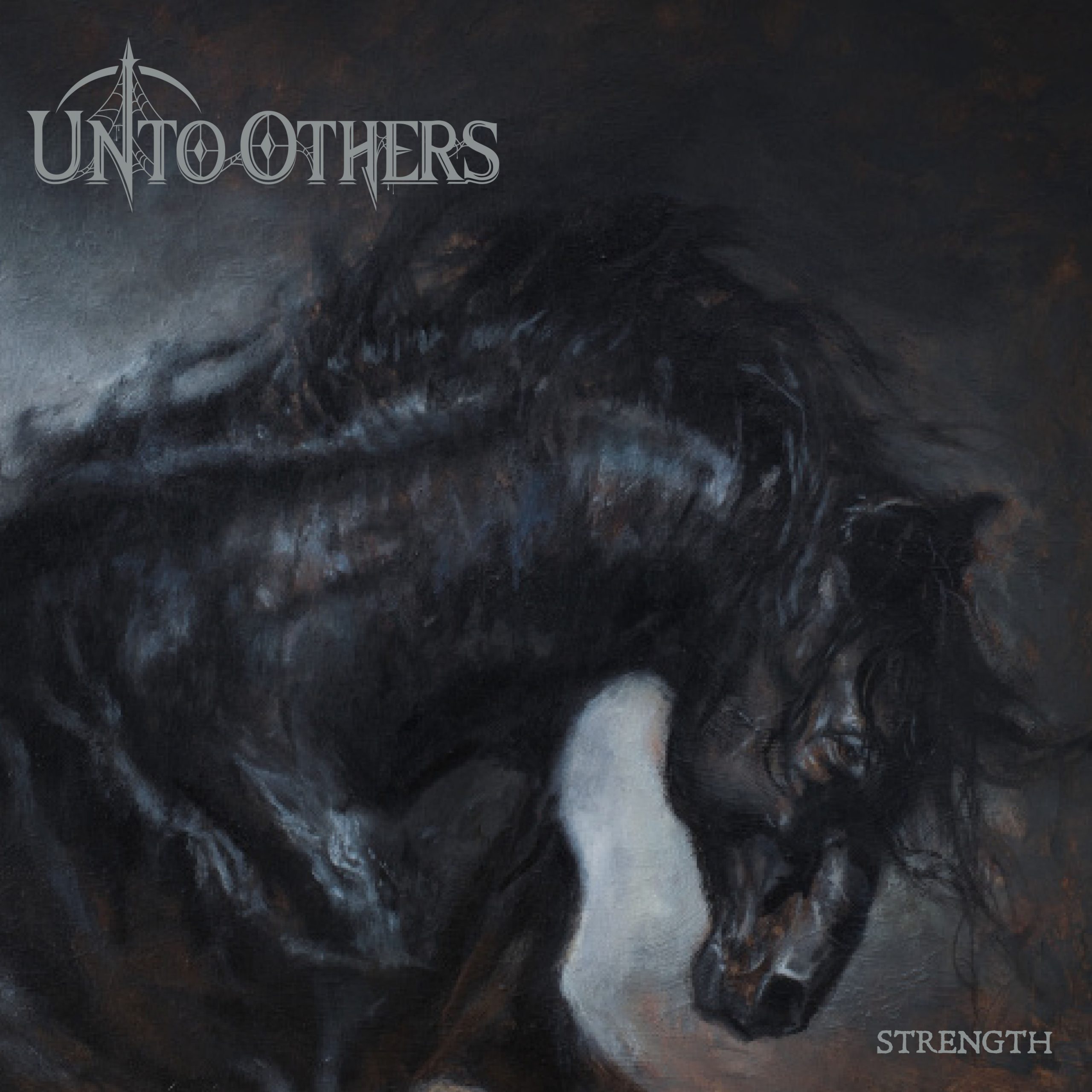 Unto Others - Strength (Album Review)

Strength
by Unto Others

Unto Others took the heavy metal and gothic rock worlds by storm in 2018 and 2019 under their original name Idle Hands, until a trademark conflict forced them to switch to their current identity last year.  The EP Don’t Waste Your Time and full-length Mana took elements of traditional heavy metal and gothic rock/post punk, coming through like The Cure and The Sisters of Mercy crossed with some Mercyful Fate and early Iron Maiden.  Mana topped many year-end lists in 2019, and while I was a little bit more lukewarm as it felt just a little bit more uniform compared to Don’t Waste Your Time, I still got a good amount of mileage out of it and was excited for what was still to come.  This year’s Strength serves as the band’s reintroduction as well as their debut for Roadrunner Records, and it capitalizes on the positive aspects of their earlier work while naturally pushing their writing forward.

Don’t get me wrong, Mana still had some incredible tracks and really leaned into the gothic and gloomier melodies in a way that captivated quite a few listeners.  But for me it seemed to whip through its playbook a little too quickly and started to blend together a bit by the end, where Don’t Waste Your Time showcased a bit more variety on a song-to-song basis.  Strength strikes a happy medium between the two, exploring just as much of the heavy metal side this time around as the goth melodies.  “Heroin” comes roaring out of the gate with a much grittier, heavy tonality that brings in some early thrash as well as heavy metal, while “Downtown” transitions into the jangly post punk guitar and brooding bass that defined quite a bit of Mana.  Thanks to the handiwork of Arthur Rizk this album sounds huge, and whether the emphasis is on the metallic low-end or the soaring melodies the material comes through with a fullness that wasn’t always present before.  The instrumentals tackle a bit more variety this time around, moving seamlessly from ballads to rougher edged hard rock and heavy metal, and while there are still a couple of lulls around the mid-point the later tracks still managed to hook me.  There’s even a playfulness to the rhythms on some of the material that remind me more of The Chameleons and even The Beat which was a welcome addition to Unto Others’ already broad range of influences.

Gabriel Franco’s lower vocal range is what drew a lot of people to Unto Others’ music in the past, and this remains true throughout Strength.  His voice comes in somewhere between Fields of the Nephilim, Killing Joke, and a little Depeche Mode, pulling in a significant amount more post punk and gothic rock than heavy metal.  When Franco breaks into a roar during some of the most intense sections of Strength he definitely comes in very close to Jaz Coleman, which is not something I can say from a lot of the other bands of this type.  It certainly helps to make Unto Others more distinguishable, and the balance between aggressive, raging moments and softer, melancholic ones is appealing.  Admittedly the one element I’m still not completely sold on is the lyrics, as there are some songs where the lyrics feel just a bit too simplistic and stripped back for my tastes.  It doesn’t derail the experience, but it is an area that the group can continue to develop.

Strength does exactly what a sophomore album should for a band like Unto Others, as it offers more diverse songwriting that keeps the hooks flowing from beginning to end while also taking the production values up a notch.  Considering how rapidly they’ve been releasing material on a yearly basis, it’s exciting to see this amount of growth from one album to the next and the increased variety pushes this into the A tier for me.  Sometimes it can be hard to bridge that gap between post punk and heavy metal in a way that genuinely appeals to both sides of the aisle, but Unto Others seem to have found the sweet spot.  Strength is available from Roadrunner Records.