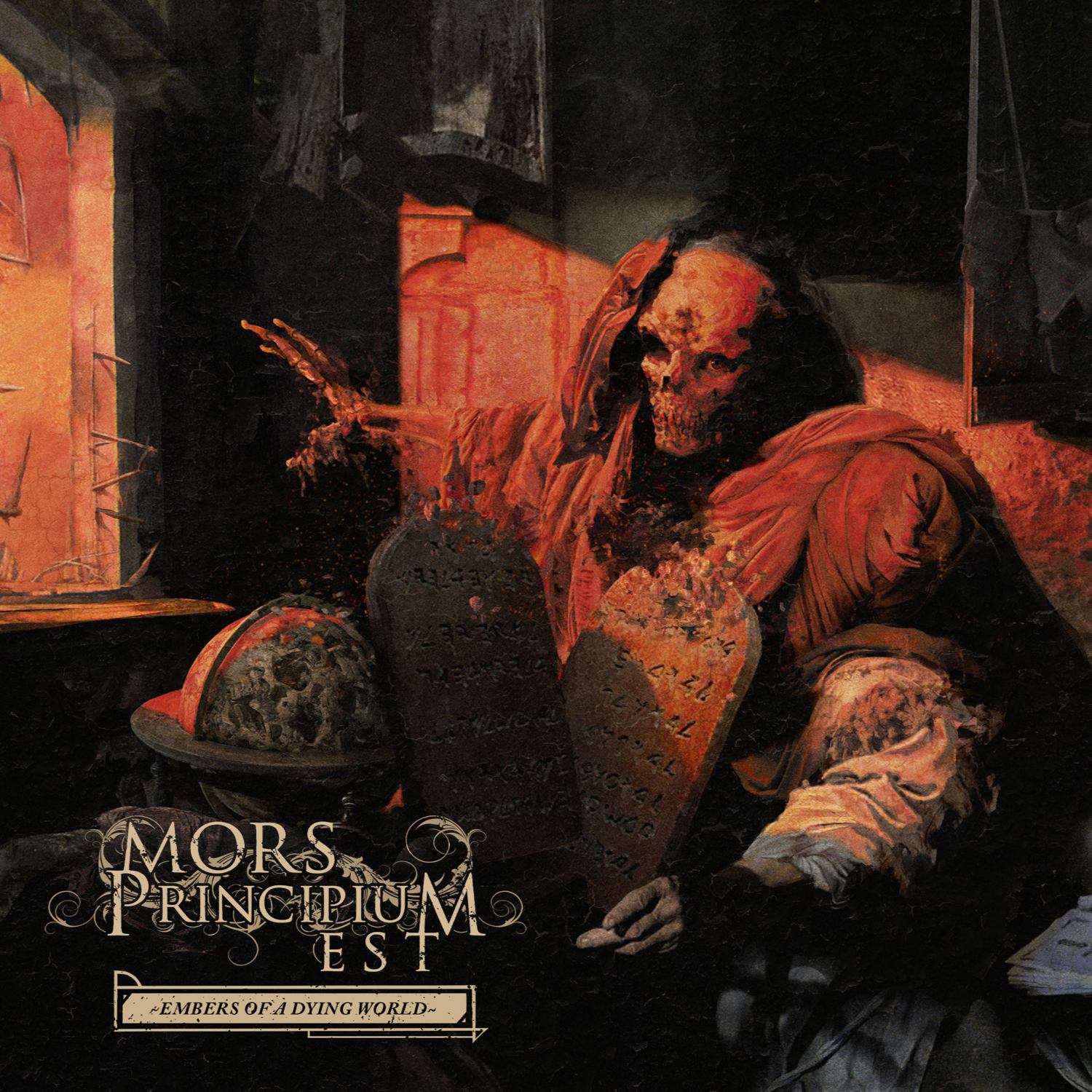 Embers of a Dying World
by Mors Principium Est

The Pitch:  Around since 2003, one of the most underrated melodic death metal projects returns with more Finnish ferocity FFO At The Gates, In Flames, Dark Tranquillity, Children of Bodom.

What I Like: With Mors Principium Est, if you can expect one thing and one thing only it is catchy-ass riffs.  There are hooks and solos for days on this album, which can be said of much of their discography.  Even slower, more emotional tracks like "Death is The Beginning" have plenty of Gothenburgy goodness to gobble down like the gluttonous hogs we are for sweeps, hammering, and harmonies.  That intro to "In Torment"...the closing hook towards the end of the album...damn.  I have spoken many times before about this being a bloated genre that can be difficult to make an impact on these days, but I contend that if there is one band besides the classic fore-runners that you should pay attention to, it is this one.  They have the skill, the energy, and the overall talent to craft releases that will really get you banging your head.  I am also SO pleased that the bombastic symphonic/synth additions this band is known for have returned to the epicness of my personal favorite releases, Liberation = Termination and The Unborn.

What I Don't Like: As is often the case with most of this band's discography (and perhaps most melodeath releases in general), there are great tracks, and there are okay tracks.  While I wouldn't say I outright dislike any of the songs on this album, there are definitely a few that feel a little white bread.  Even so, I think this is more consistent than most releases in the genre and even MPE's last few albums.

The Verdict: Fantastic melodic death metal brimming with fantastic guitar riffs and scream-along vocals that will get your motor running even if it is from a well-trodden genre.  Buy it 2/10 through all digital and physical outlets.

Flight's Fav's: Reclaim The Sun, Into The Dark, In Torment