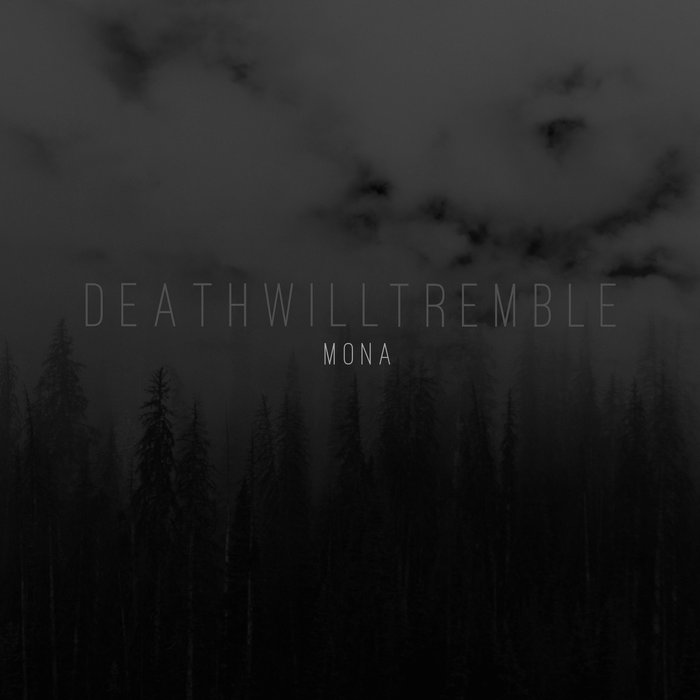 Mona
by Death Will Tremble

Mona is the debut release from Austin, TX band Death Will Tremble.  The quintet have reportedly been playing together in one form ar another for the greater part of 10 years, but have finally landed on a sound that "feels like home."  I'm always intrigued to hear what sounds are coming out of the untainted realms of the undergound; where labels and production companies haven't had a chance to simply make everyone sound more in line with the latest trends.  Death Will Tremble was a pleasant surprise, because I have yet to encounter another band that sounds quite like them.

The band was first introduced to me as playing a number of styles, but it seemed like doom was kept in the forefront of the descriptors.  While there is some doom influence in that the band is pretty downtempo and some of the riffs (like the opening track) just ooze such vibes, the comparisons stop there.  Instead, Death Will Tremble strike me as one of the most unconventional death/rock/post-hardcore bands I have ever heard.  After the gleefully blackened death, doom, and gloom settle from "Sunset," things begin to get interesting.

"Requiem" builds up that moody atmosphere early on with a less-is-more philosophy, but it's just a backdrop before things get a little groovey again.  This track reminds me a lot Beautality right down to the death vocals, just with a bit more focus on technical guitar playing.  And then without warning, an explosion of Touche Amore.  Having so many solos in a single release can get tiresome, but the way the band seems to freeform around the prosey vocals is finger-snappingly good.  "Moments of Collapse" pulls this off a second time, this one fusing Hendrix with Meshuggah.

But as the album wears on, the post-hardcore vocals take more and more of a centerstage.  They only grow more mournful as the guitars grow more soulful.  That blazing one at the climax of "What Becomes" sends flares for lightyears.  Again, I can't think of another band that sounds anything like the finished product here on Mona.  It is a beacon calling for creativity and free expression from the depths of the underground.  There is certainly room to take this to the next level, but for what it is I am extremely impressed.  Somebody get these guys some advanced studio time.  Just don't mess with the writing.