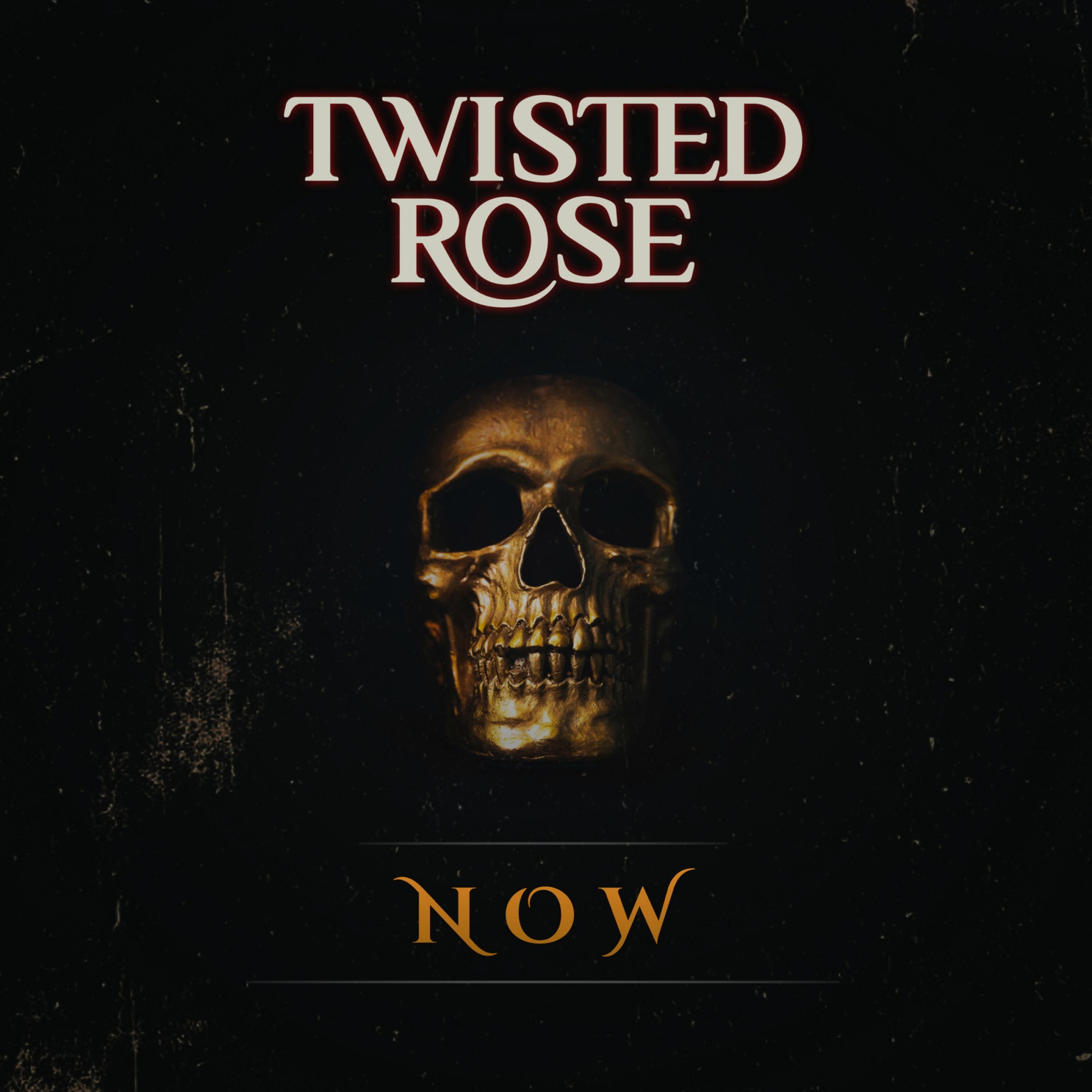 Despite rock fading from the roster of a lot of the major labels, there’s still plenty of good material to be found around the world.  Having jumped back into hard rock of all types last year, I’ve noticed that outside of the US and Canada there is still a high percentage of newer rock bands hailing from Germany.  Twisted Rose is one of the latest to come across my desk, who have been writing a mixture that is focused on soaring hooks and stylistic elements from the earlier days of hard rock up to the early 2000s.  Although their debut effort Now pulls from some familiar elements, they bring the catchy riffs and high energy performances that is sure to draw fans of the style in.

Twisted Rose’s Facebook bio mentions an aim of bringing back “stadium rock”, and that feels appropriate after spending some time with Now.  After a two-and-a-half-minute orchestral intro that sounds like it’s trying to hype up listeners for the seven songs still to come, the band launches into high energy rock ‘n roll with an aggressive edge on “Sandstorm”.  This track comes through sounding like a cross between AC/DC and Guns ‘n Roses with little bit of 90s/2000s punk and alternative rock added in for good measure.  It’s a mix that makes an immediate impression with a powerful base and soaring choruses that sound like they’re built for the live arena.  From there Twisted Rose continues to move between the decades, channeling some more recent hard rock fury with a bluesy edge as well as some 80s glam at certain points with some more prominent keyboard arrangements.  “As Far As You Can” softens things up a bit with an acoustic ballad that showcases the band can still keep the energy level at a high no matter where they go stylistically.  Admittedly despite their ability to put together some catchy riffs and span the decades of rock, a few of the songs still felt a bit too similar and I found the band at their best when they went for a more cinematic sound using both the guitars and keyboards.  I also found the intro track to be a bit too long, as a shorter build-up would’ve been a better launching point for “Sandstorm”, and I tended to skip over it on repeat listens.

Even the strongest guitar and bass work can be derailed by a singer that isn’t up to par, but this is an area that Twisted Rose is able to knock out of the park throughout Now.  The group’s singer Mace has a pitch that’s a bit mellower and melodic than some of their instrumental influences, and he can deliver some room filling choruses.  Rather than the gruff or angsty pitches of 90s and 2000s hard rock, the performance reminds me of 80s glam, 90s alternative, and the type of cleaner punk rock that dominated radio airwaves around that same time period.  This emphasis on melody fits nicely with the rougher edges the guitar and bass present on some of the tracks and broadens the group’s appeal.

Despite coming in at eight songs this release is being considered an EP, and it’s a solid first outing for these German newcomers.  They’re already covering a lot of ground with keyboard and guitar work that recalls glam rock and hair metal as well as the soaring cinematic alt-rock of the 90s and 2000s, with a bit of punk like Social Distortion coming through as well.  And while they’re not quite at the level where every song truly stands out, Twisted Rose still has plenty of catchy moments and polish not always present this early on in a band’s career.  Now is available on 7hard.