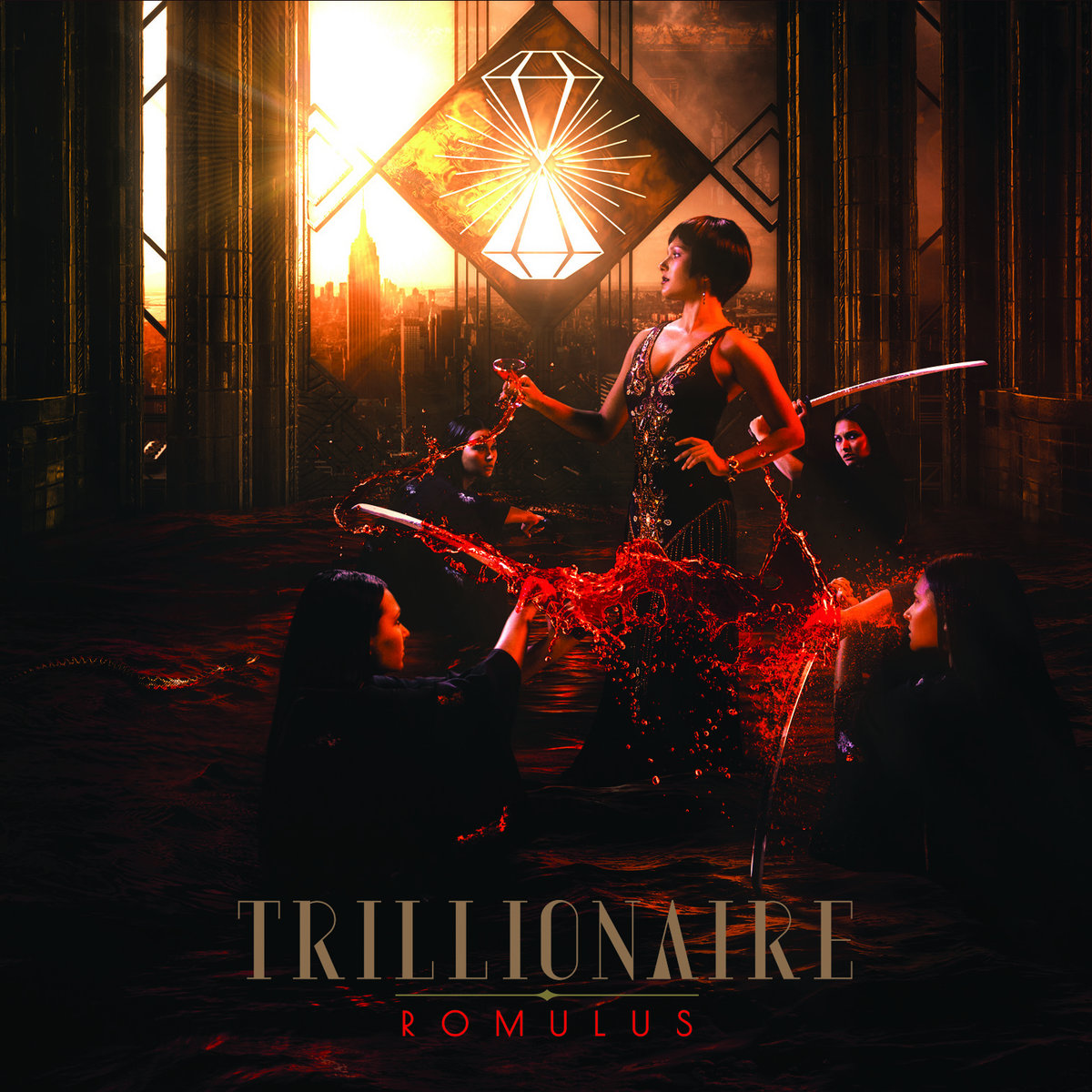 Trillionaire may be a new name, but the American band has been in the works for a few years and features members who have spent time with the likes of Inter Arma and Revocation.  Musicians well-known for metal heading into rock territory is certainly not unusual, but on their debut full-length Romulus Trillionaire provides catchy and ever-changing material that hints at everything from progressive rock and 90s alternative rock to punk and post hardcore.  It’s a record that covers a lot of ground in a fairly short period of time, and while not every single song sticks the landing there are some truly stunning moments that make this a promising debut for a band worth paying attention to.

Modern rock often finds itself in a tough spot, with the more traditional and mainstream variants sometimes coming through as dated while the more complex and progressive bands have trouble breaking out a smaller niche.  What works throughout Romulus is Trillionaire’s ability to walk a fine line between these two sides of the spectrum, having soaring and catchier choruses alongside instrumentation that provides plenty of stylistic shifts.  Opener “The Golden Goat” gives listeners a good idea of the amount of ground the band is going to cover, as it starts off with a much softer and introspective melody that builds into much heavier instrumentation that focuses on more complex rhythms and regularly shakes things up.  There’s a consistently progressive edge to each of the songs that makes them have additional elements for listeners to discover underneath the surface with quite a few immediate hooks to draw them in, which sometimes brings the likes of Coheed and Cambria to mind.  Trillionaire’s ability to shapeshift while maintaining a darker atmosphere that ties everything together works well, and you’ll find bursts of punk and metal leaning tonality and aggression built into the rock foundation.  Admittedly some of the songs feel a little longer than they need to be at times and a few of the softer moments on the earlier tracks didn’t fully hook me, but the bulk of the album had plenty of exciting and high flying moments to make up for it.  The main exception to this is the closer “Northern Lights” which builds from dark and introspective melodies to a room-filling climax that’s got the same type of soaring melodies as classic 90s artists like Failure.

There may be plenty of muscular rhythms and catchy guitar leads to draw listeners in, but what will likely grab most people is the vocal range of Renee Fontaine.  Fontaine is able to nimbly move between softer and melodic pitches to rougher edged ones that are almost screamed and land right at the edge of hard rock and post hardcore.  One minute he might be almost whispering and utilizing a lower register that brings grunge to mind while the next his voice is soaring into the heavens, all without any awkward transitions.  It’s the type of performance that commands your attention from one song to the next and I can imagine that this charisma and precision would carry over just as well live from the album.  There’s a swagger to the singing on songs like “Northern Lights” that bring forward some punk attitude and really make the material sound huge, and it’s clear Fontaine is a huge asset for Trillionaire.

While I did find a few of the songs felt a bit too stretched out and didn’t consistently hook me, the high points of Trillionaire’s debut are impressive and the wide range of styles they’ve captured is appealing.  It’s hard to get the prog side of the spectrum to merge with the alternative and hard rock variants but this band has done just that and with some metal undercurrents coming through in how heavy some of the climaxes are they’re likely to have some widespread appeal.  Based on a recent interview it sounds like they’ve already been through some lineup changes since Romulus was recorded with the core foundation still in place, but no matter where Trillionaire decides to go I’m confident they’ll only keep getting stronger.  Romulus is available from Nefarious Industries.