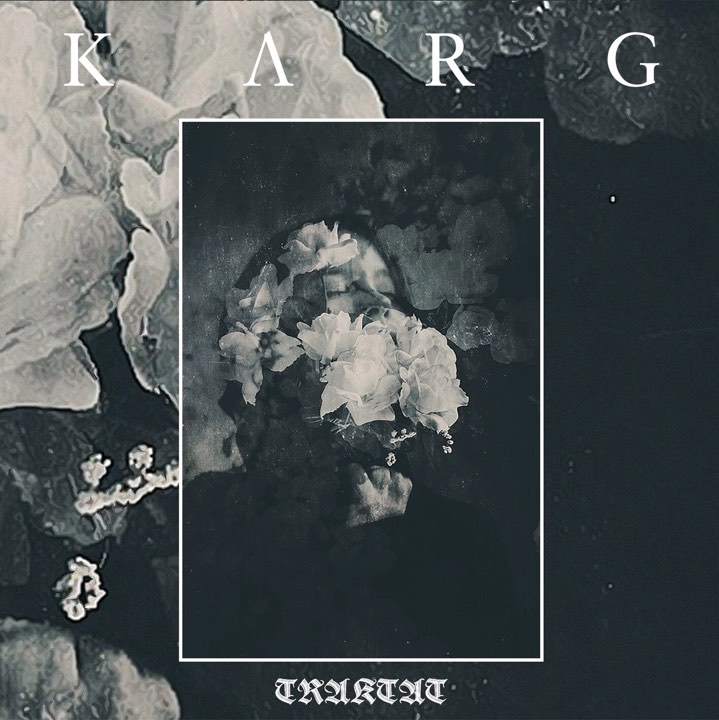 Originally formed in 2006 as an ambient black metal project that took influence from the grandiose and sprawling variants that came out of the second wave of the genre, in the years since Karg has evolved towards a sound that pushed towards blackgaze and the further outreaches of black metal.  It’s been interesting to watch the project evolve alongside creator J.J.’s other band Harakiri for the Sky, as both have pushed towards post rock and sprawling instrumentation while diverging off in their own directions.  For his latest release with Karg, Traktat, J.J. has once again woven together sprawling arrangements that balance airier melodies and blistering black metal to create material that sucks you into its melancholy and despair.  While it does end up feeling a bit too bloated at times, the peaks provide some truly stunning atmosphere and make this worth experiencing if any of the aforementioned genre tags are of interest.

While there are still some harsh moments to be found throughout Traktat, the instrumentals spend much of their time building outwards towards soaring melodies and layers that feel like they’re going to engulf you in their darker tonality.  There’s quite a bit of post rock influence to be found in Karg’s compositions, but rather than building up from sparser instrumentation to full climaxes J.J. tends to start off at a very dense level and then keep going to even higher peaks.  Like Alcest and some of the other post black metal/blackgaze artists out there, the guitar work has a noticeably melancholic tone but there are moments where there’s a sense of somber beauty as well that will send chills down your spine.  It’s quite appealing and songs like “Alaska” showcase Karg at their best, as the melodies weave over the drums like waves crashing against the shore and the instrumentation dances around your eardrums with a slightly abrasive edge to keep you tuned in.  But where Traktat does falter is in the length and nature of its songwriting.  J.J has always had a flair for longer song lengths, and with this album pushing towards an hour and twenty minutes in length it does reveal some of the limitations.  With almost every track coming in somewhere between seven and eleven minutes, there isn’t always enough deviation between their build-ups and it leads to moments that blur together and feel a bit bloated.

The soaring instrumentation is sure to grab the interest of many listeners, but how they feel about the vocals will determine whether they stick around or not.  J.J.’s always had a screaming style that has proven to be divisive, as the way it’s delivered rhythmically feels closer to post hardcore than black metal.  For my tastes that proved to be a positive as the contrast between the harshness of the screams and the airiness of the guitar work proved appealing, but I can see how it could prove to be a bit too much for some.  Traktat sticks with a similar vocal range for much of its run-time but there are some guests that appear during some of the songs to help break things up, and they’re integrated into the material in a way that enhances it and comes through as natural.

At this point Karg has found its balance between post rock and black metal, with the two merging together seamlessly into some beautiful and melancholic arrangements.  The songwriting does feel longer than it needs to at times which results in some songs blurring together, and it wouldn’t hurt to trim things down a bit as the band moves towards its next stage.  But even with that in mind, there’s still plenty to like about this one and it’s worth an exploration.  Traktat is available from Art of Propaganda.