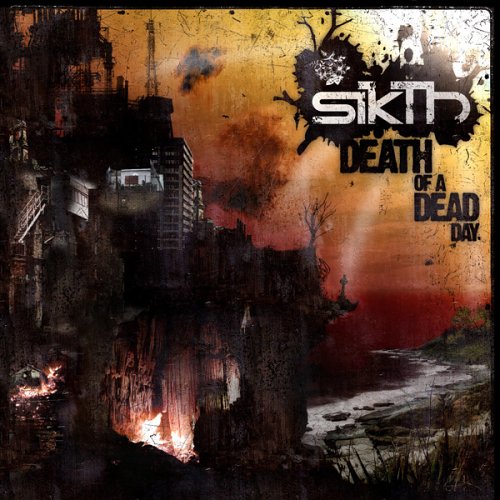 Death of a Dead Day
by SiKth

Let's try a little exercise. I'm going to read your mind. Do your best to clear your thoughts; close your eyes, take a deep breath, all that shit. Now read this word: MATHCORE. You were thinking of Dillinger Escape Plan, weren't you? Obviously, this isn't magic. As far as the genre goes, DEP are heavy-weights for a reason. But there is a lesser known, equally talented group from across the pond that arguably share the same penchant for the technical, chaotic, and diverse.

Enter UK's Sikth. Despite only sporting two LPs (and last year's mini-album) in their on-and-off lifespan, Sikth are no less noteworthy. For within these releases lies a breadth of style and musicianship barely containable within the veneer of plastic and cellophane. My favorite of these albums, Death Of A Dead Day, is being reissued today (about time!) through Peaceville on both vinyl and CD.  One need only hop over to YouTube and watch their video for opening track "Bland Street Bloom" to get a sense of what to expect.

Did you watch it? If not, you missed out on a mathy, progressive masterpiece. Pre-djent low-end groove, noodly, tech-deathish minisolos, rampant time-changes, and vocal outbursts seemingly from dozens of different voices. All of this ebbing, flowing, and building to an epic finale. This is managed chaos of the highest order. If you didn't care for it, the rest of this album is probably not for you. More importantly, you are dead inside.

Breaking the elements down just a bit more, every musician on this album busts their ass. The dual guitars of Graham Pinney and Dan Weller are nothing short of phenomenal. From the simple, proggy minor chord fills to the jaw-dropping fretboard runs, it's enough to twist your head off. Meanwhile James Leach never slouches with those bass grooves and Dan Foord drills the kit like some robot sent from the future.

And then there are our two glorious frontmen: Mikee Goodman and Justin Hill. These two create a mad science of vocal approaches that rivals even those of Mike Patton. If there was ever a soundtrack to split personality disorder (that sounds awesome btw), this was it. Yelps, barks, cockney accents, scream-singing, screeches, and death growls. There's even a spoken word track called "Mermaid Slur" which is somewhat of a successor to the mind-blowing "When Will The Forest Speak" from the previous album.

I could probably go on all day about this album, but I'll wrap it up. It is criminal that it took me around 5 years to find a reasonably priced copy for purchase. That is a testament to how little (deserved) exposure this stellar album has received, so it is with great pleasure I share this news of the reissue.  You won't have to go on the hunt as I did.  Along with Dillinger Escape Plan and The Number Twelve Looks Like You, Sikth proved that groups in the "core" genres could be so much more than the typical scene.  But it now.