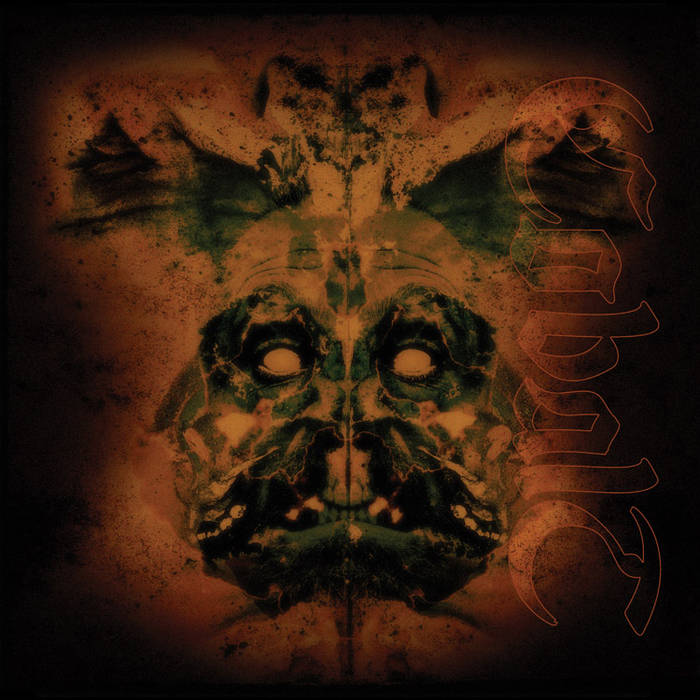 I was struggling with how to introduce this next record.  I feel like every article and review so far has said all that there is to say and then some regarding the Cobalt split-up and subsequent time it has taken to get to this release.  Also, I am sure most of you regular readers are sick of me dick-riding Charlie Fell (call me).  So what does that leave me with?  How about the simple facts from the here and now:  Cobalt is a two-man group based out of Colorado that plays a primal combination of black metal, rock, and sludge.  The name is associated with the elite of the USBM underground, and both  'Gin' and 'Eater of Birds' are considered classics.  As such, 'Slow Forever' had a lot of living up to do.

There are a number of ways I engage in the process of reviewing an album, but for one like this that I have been anticipating for some time, I like to dive right in.  Many of these words will be left imprinted from my very first listen, typing as the album plays.  I feel this allows me to give you a taste of what to expect from the experience you may be getting right now.  Then I of course come back after spending some time with it to give a broader perspective.

With that in mind, my initial impression was a mixed bag.  Singles like Beast Whip definitely kick my ass pretty thoroughly, even if they at times seem to carry on a bit longer than necessary.  Charlie is doing his thing once more: complete catharsis.  He seems to expel every ounce of venom from his very being with each frightful syllable he spits into the microphone.  While I am still struggling to find work of his that reaches the high point of 'Death Mask' or 'Pervertor,' his delivery remains in my current top 3-5 when it comes to metal.

Meanwhile, Wunder engages in a similar exorcism of inner demons through his multi-instrumental intensity.  The drumming is probably my personal favorite, with each strike living up to the previous albums in energy and ferocity.  There is always something very warlike and even a bit tribal in his performances.  The guitars are utterly raw, fusing elements of punk, alternative, and 2nd wave BM into a trademark style that is instantly recognizable.  It's interesting, because there is not a particular aspect of the playing I would label with words like "exceptional," and yet much like the works of everyone from The Ramones to Motorhead, it gets the job done.   You could even compare some of the riffs to the Middle Eastern flavor of Melechesh. There is a sense of bleakness to it all, both in the eerie interludes and the parts that turn it up to 11.  I think this depressive aspect played a big part in my initial impression.  It took some time to allow it all to sink in.  Even so, Siege certainly turned my head when the track clicked over.  Captivating performances all around on that one, as well as many of the rousing bass intros.  But as time went on, many others grew on me exponentially.   I became fond of banging my head to the hook on the title track, which actually reminds me a lot if the ending to Tool's Third Eye.  And of course there are the many venomous screech-along moments that Fell has become known for, like on Elephant Graveyard for one ("All you wanted was comfort!  All you got were graves!").

In the end, I feel that 'Slow Forever' falls quite nicely between 'Gin' and 'Eater of Birds.'  It lacks some of the energy and conciseness of the latter, but (and some may call this sacrilege) I think it has less filler and sports an overall more impressive consistency of killer material than the former.  Again, my primary complaint is that a lot of these tracks could have been trimmed down to make the runtime more punchy, but the end result is still something that is very enjoyable from start to finish.  Whatever your impression may be, the album is streaming now, and you can purchase digital or (like me) double-CD from the bandcamp page.