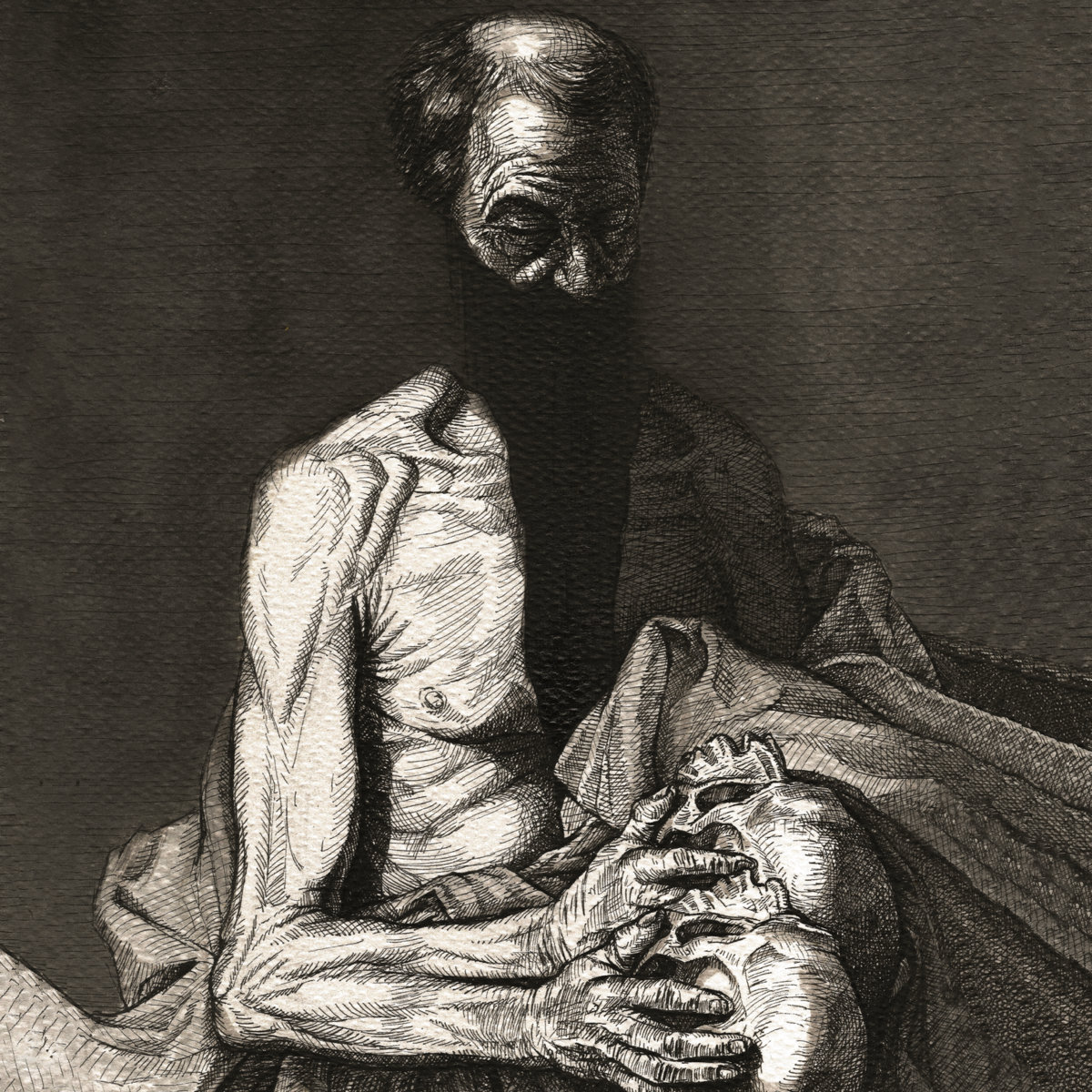 Germany’s Toadeater has only been around since 2018 but they’ve releasing material at a quick pace every year, putting out two albums and an EP between 2019 and 2020.  Their earlier material incorporated elements of crust punk and other styles of metal into a black metal foundation, but with album number three Bexadde they’ve continued to push further into atmospheric and post black metal territory.  Spread across four sprawling songs, Bexadde is the type of album that starts off a roaring maelstrom of riffs and only seems to get denser and darker the further in that you get.

While each one has nuances that differentiate them, I’ve noticed a lot of common elements between German black metal bands that lean towards the atmospheric side of the spectrum and this holds true for Toadeater.  Like some of their peers, Bexadde opens with a dense and chaotic wall of sound that’s an all-out attack on the senses and this churning instrumentation is interspersed with periods of respite that still feel utterly bleak and desolate.  At times the approach reminds me a lot of Ultha and their more recent material, particularly in the way the blasts ebb and flow before giving way to guitar melodies that soar over the raging foundation in a powerful way.  Despite being branded as atmospheric, Toadeater’s atmosphere can best be described as oppressive and it hits like a battering ram which makes a strong first impression.  The subdued moments bring in slight hints of post metal and even a little post hardcore, but it isn’t long before these soundscapes transition back into raging black metal.  Admittedly while there are a lot of nuances to discover across each of the four songs, I did find that the first two stood out a bit more upon repeat listens and closer “Molten Gold (Down Your Throat)” felt just a bit over-long.  Given the overall length of forty-three minutes this doesn’t hurt Bexadde that much, but a few more tweaks to the formula could push things even further as the band continues to progress.  “Let the Darkness Swallow You” in particular stands out thanks to its slower passages that have downright haunting, beautiful layer of melodies and its build-up into thunderous blasting that has a technical edge to it.

The vocals come through as a raspier scream/growl that tears through the dense layers with ease, and while sometimes there’s a hint of hardcore or post metal to the performance the way that each word seems to want to rip you apart makes it well suited for this type of black metal.  I appreciate that Toadeater has placed these vocals front and center rather than hiding them beneath the layers like some of the other bands of this type, as it really adds to the intensity and makes things feel that much more destructive.  That’s not all that the performance has to offer though, as early on you get some clean singing and chanting and these ranges are explored further throughout Bexadde.  A few of the sung passages don’t always flow seamlessly, but the shifts between harsh and melancholic works well with what the rest of the band is doing.

Toadeater utilizes some familiar elements in their songwriting, letting repetition and measured build-ups create towering, powerful arrangements while also letting some softer nuances and hints of other genres besides black metal in.  At times some of the build-ups so blur together a bit and I think there’s still room for the band to shake things up a little bit more, but the first half alone offers plenty for fans of black metal to get swept away by.  They’re in good company with fellow German bands like Ultha and Sun Worship, and I’m excited to see where they go from here.  Bexadde is available from FDA Records.