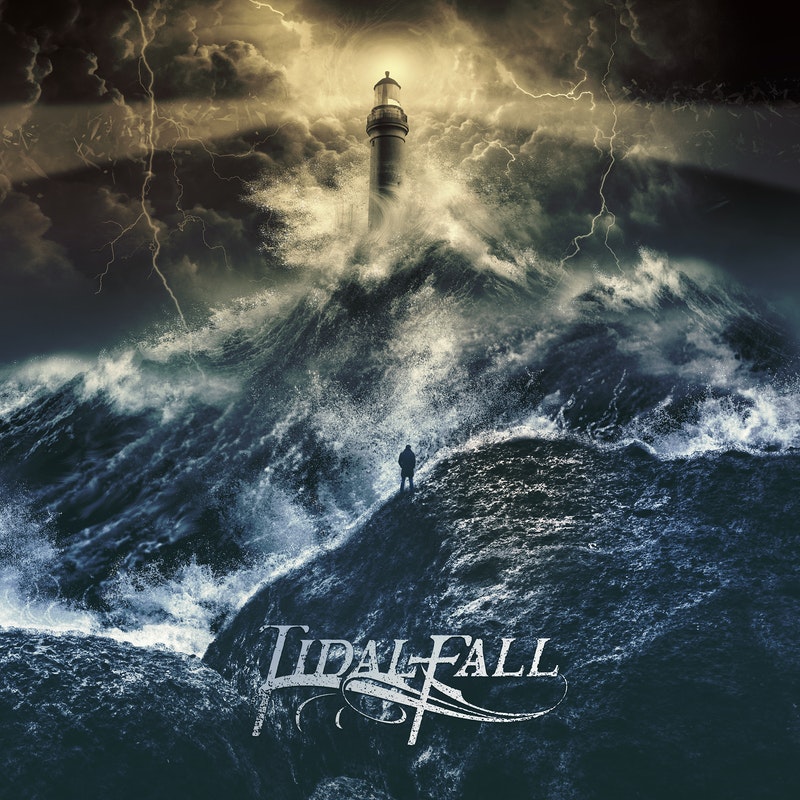 Tidal Fall came across my desk by chance through one of the journalist/radio promotional services, but the one-man project made an immediate impression.  Formed last year by New England based guitarist/bassist Chathai Khammol, Tidal Fall seeks to recapture the same type of powerful yet melodic metalcore that bands from the same region like Killswitch Engage, All That Remains, and Shadows Fall brought into prominence in the late 90s and early 2000s.  For the band’s self-titled debut Khammol has enlisted the help of a wide range of guests to bring this vision to life, including members of Evergrey and Nightrage.  While newer artists might easily let the guests alone sell listeners on their material, Tidal Fall has plenty of heavy hitting and soaring guitar work that stands out on its own, capturing the spirit and catchier hooks that made this type of metalcore so popular a decade and a half ago.

We’ll get to the instrumentation, but it’s worth mentioning the vocals first because I wasn’t sure how having different singers on most of the tracks would pan out.  But Khammol’s choices naturally complement each other and even the people I wasn’t familiar with going into this album deliver strong performances, with the screaming pitches having some different nuances but still resulting in a consistent flow from one song to the next.  As you might expect from a band that takes a good deal of influence from the New England metalcore scene as well as a little bit of melodic death metal, the songs are built around harsher screams that open up into some soaring clean singing on the choruses, and Tidal Fall is able to nail the balance between the two.  “Redemption” and “Carved in a Bullet” stand out in particular upon repeat listens, with the former showcasing Trey Holton’s (Death Rattle) raspier scream alongside Tom Englund’s (Evergrey) soaring voice during the choruses while the latter features former Nightrage vocalist Jimmie Strimmel’s higher pitched screaming alongside singing from Angel Wolf-Black.  The way the guest vocalists perform a duet on these tracks makes a big difference, and even if Tidal Fall eventually goes on to recruit a permanent vocalist for new material, I’d still like to see some guests play off each other.

Vocals aren’t the only area where Tidal Fall brought in some guests, as Kris Norris (ex-Darkest Hour), Marios Iliopoulos (Nightrage), and Michael Abdow also contribute some guitar leads over the course of the album.  But the star of the show remains Khammol, who blazes a familiar trail but does it in a way that not a lot of bands are really capturing these days.  With the type of blistering guitar solos and faster rhythms that bring in a bit of that heavy metal gallop, this is metalcore that is able to bring some genuinely intense moments but also provide melodies that bring a lot of atmosphere with them.  All the elements you’d expect are here, from the occasional half-tempo groove to the melodic interludes that bring in a slightly darker and introspective tone.  Both the first and last track present you with the sound of crashing waves, tying in with the band name and giving a much softer but emotional feel to the instrumentation that balances out the heaviness of the songs in between them.  Admittedly there are a few areas that leave room for further improvement and growth, the first of which is that while Khammol does vary up the choruses and incorporates some neat little flourishes of acoustic guitar the verses do feel a bit too similarly constructed by the end.  I also found that some of the vocalists with lower screaming pitches seemed to blend in with the instrumentals just a little too much, so a little bit more separation between the two would’ve made a bigger impact.  But those are small issues overall, and the likes of “Carved in a Bullet” and “Barren Heart” are likely to be in my rotation for some time to come.

Seeing as not too many bands are doing this Killswitch Engage type of melodic metalcore these days, I can really appreciate the level of polish and catchier leads and solos that Tidal Fall has to offer on their debut.  I would like to see Chathai Khammol continue to grow this project and really carve out a space of his own in this style, but even with the sense of familiarity I’ve had this one on repeat for awhile now as it hits all the right buttons for me.  Fans of late 90s to mid-2000s metalcore and melodic death metal will want to check this one out, as it lays out a strong foundation for a project that will be worth following in the years to come.