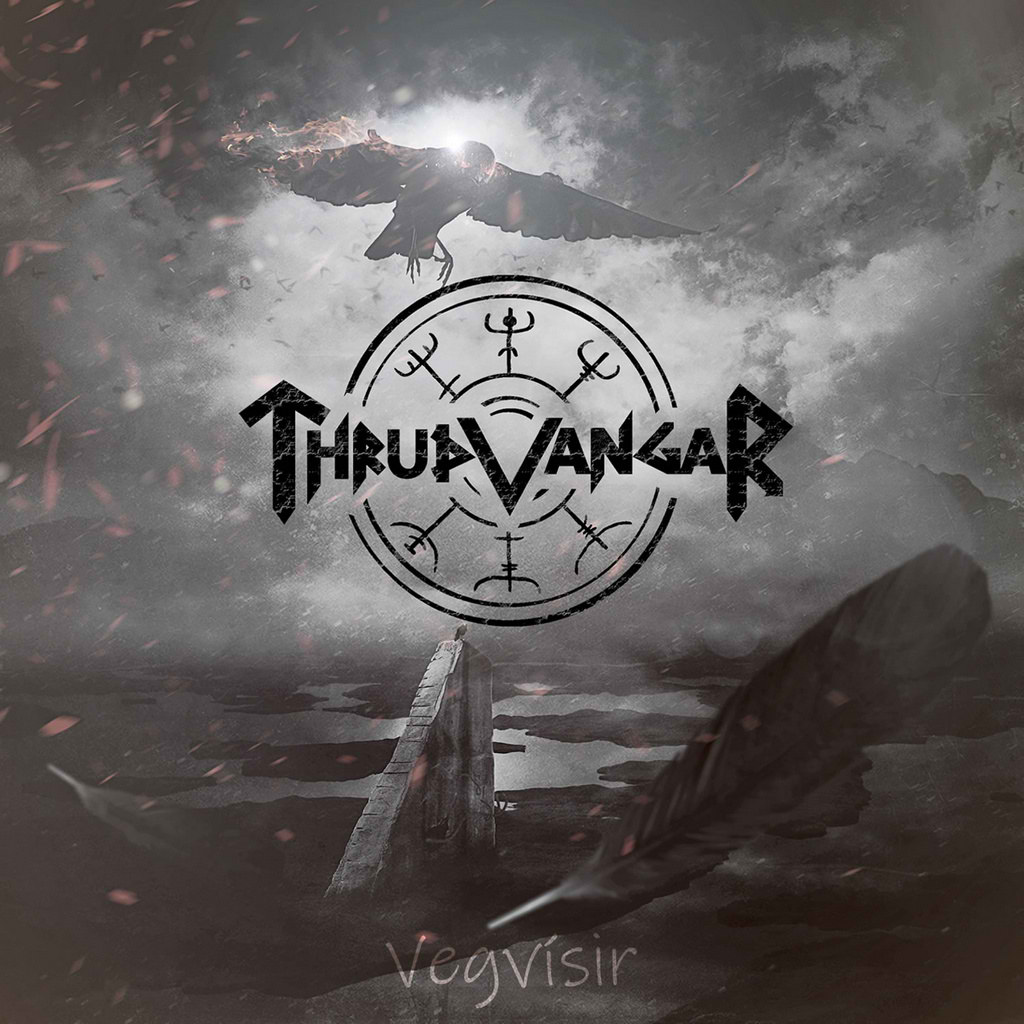 Seven years have passed since the last time Thrudvangar released an album, and they’ve been through quite a few changes since Tiwaz.  In the years that followed three guitarists left, with newcomers Sebastian Rasch and Daniel Stromayer joining and breathing new life into the band.  The resulting effort Vegvisir continues the epic Viking themed metal Thrudvangar has offered since their early days but reimagines it through sweeping choruses and powerful instrumentation that has a bit more of a death metal base compared to the black metal elements showcased previously.  It’s a different approach that pays off thanks to one catchy lead after the next and showcases that this band is unlikely to slow down as they begin their second decade of existence.

What I’ve heard off Thrudvangar’s previous material utilized a lot of black metal style riffing and folk/Pagan melodies that gave a very epic and sweeping feel, with keyboards playing a significant role up until 2013’s Tiwaz.  On Vegvisir the emphasis is once again on commanding and powerful guitar leads that build up to some truly stunning climaxes, but the first thing long-time listeners will notice is how the band gets there is completely different stylistically.  Songs like “Jörmungandr” and “Ran” come roaring out of the gate with powerful melodic leads layered over top of a pummeling base, often sounding closer to some of the classic melodic death metal that has come out over the years.  There are still hints of black metal at times and on “Hravnagud” you even get some riffs that bring 80s heavy metal to mind, providing some variation between the songs and tying back towards Thrudvangar’s earlier days even as the instrumentation pushes towards new horizon.  While Viking/Pagan oriented metal and melodic death metal have ended up being crowded genres over the past couple of decades, the group really sells this direction throughout Vegvisirwith one stand-out lead after the next.  Although some of the tracks do feel a bit similarly constructed, they move at a brisk pace and keep the energy level at a high the entire way through, with plenty of peaks that will have you imagining a warrior triumphantly looking out over a battlefield.  It’s a tightly constructed album where not a minute feels wasted, and that’s something for the band to be proud of.

One element that has remained consistent throughout Thrudvangar’s discography are the commanding screams and growls courtesy of vocalist Matze.  His growls consistently tower over the recording throughout Vegvisir and grab your attention from one verse to the next, and he’s able to deviate in pitch slightly in a way that keeps the performance feeling a bit more dynamic.  For the majority of the album the focus is on these aggressive vocal ranges with some chants added in during some of the choruses, but the closing track “Alles was bleibt” opts for an entirely different approach and lets somber singing drive the material.  Considering the album’s emphasis on powerful and sweeping instrumentation, this slightly more subdued ending comes as a bit of a surprise, but it gives off a more reflective tone and proves to have just as much staying power.

Thrudvangar has essentially been in rebuild mode since Tiwaz’s release seven years ago, but they’re clearly in good hands with their two new guitarists.  Stylistically they’ve changed quite a bit, but the emphasis on powerful battle anthems that have infectious melodies works in their favor and will have listeners coming back regularly.  Where some of the other long-running Viking themed groups like Amon Amarth have fallen flat in recent years, Thrudvangar has emerged triumphant.  Vegvisir is available from Trollzorn Records.