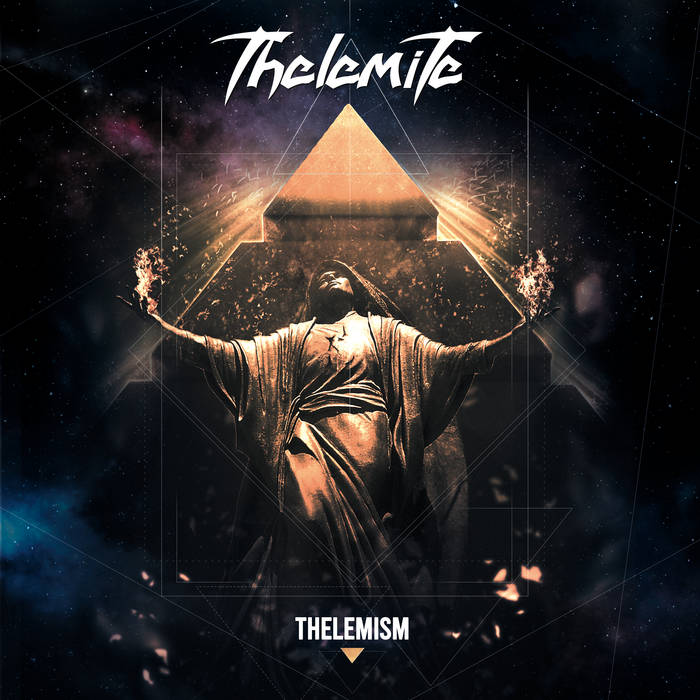 Greece might not be the first country you think of when it comes to modern heavy and power metal, but there have been plenty of great artists that have been putting their own spin on these classic genres over the decades.  One that was new to my ears is Thelemite, who formed in 2010 and released their debut full length three years later.  Nearly eight years have passed since then, with the band finally returning in 2021 to unleash their sophomore effort Thelemism.  Mixing the speed and high-flying guitars of classic NWOBHM with some dips into hair metal, prog, and even a little modern thrash, there’s a lot to like about this effort even if a few flaws do hold it back slightly.

What immediately stands out about Thelemism the first time through is how much variety these guys are able to offer throughout the album.  It’s a breath of fresh air given how many bands I’ve heard over the years that pick one specific NWOBHM album and then base their entire sound around that.  There are a few modern elements that might turn away some purists, but for those that are happy to dive into an album that captures a little bit of everything heavy metal has been in the past few decades this is likely to be a positive.  When Thelemite picks up the speed they channel a considerable amount of Judas Priest, but sprinkled in between these traditional moments are softer ballads and even some chunkier grooves that remind me a bit of thrash circa the early to mid-90s.  Songs like “I Love Death” and “Psycho” up the cheese factor thanks to some hair metal leaning melodies, coming in somewhere between Poison and Alice Cooper, while “Anatolia” sneaks in some traditional Greek instrumentation and some grooves that remind me slightly of mid-period Metallica.  Thelemite manages to pull off most of these stylistic shifts, though putting two songs that emphasize much slower and methodical riffing around the middle of the album does hurt the pacing and makes it drag.  Still, even if the middle seems to overstay its welcome a bit the rest of the material does finish things off strong.

Vocalist Johnny Nightelf goes for a similar amount of variety as the rest of the band, doing his best to channel Rob Halford’s high and low pitches early on in the album but heading into some other directions as Thelemism progresses.  His main pitch is a bit gruffer and sounds a bit like King Diamond’s non-falsetto moments, but he is able to head up into some of those soaring falsetto shrieks during some of the peaks.  When things head into ballad territory the performance is a bit more Alice Cooper, which works sometimes and doesn’t on others.  In particular, closer “Psycho” finds Nightelf trying to have a bit of a horror slant where he comes across as a mix of Lizzy Borden and Alice Cooper, but some of the pitches sound a bit awkward and don’t quite fit.  I also found myself wanting a bit more separation between the vocals and instrumentals, as during some of the straight up heavy metal songs the singing starts to blend in and get overpowered by the rest of the band.

There may be some pacing issues and a few vocal passages I wasn’t a fan of, but Thelemite is still a worthy addition to the Greek heavy metal scene and it’s clear they’ve put the lengthy time between albums to good use.  The amount of variety they’re pulling from within heavy metal offers plenty of appeal, and while not quite a favorite of the year I think quite a few fans of the genre will find themselves gravitating towards this album.  Thelemism is available from Sleaszy Rider Records.