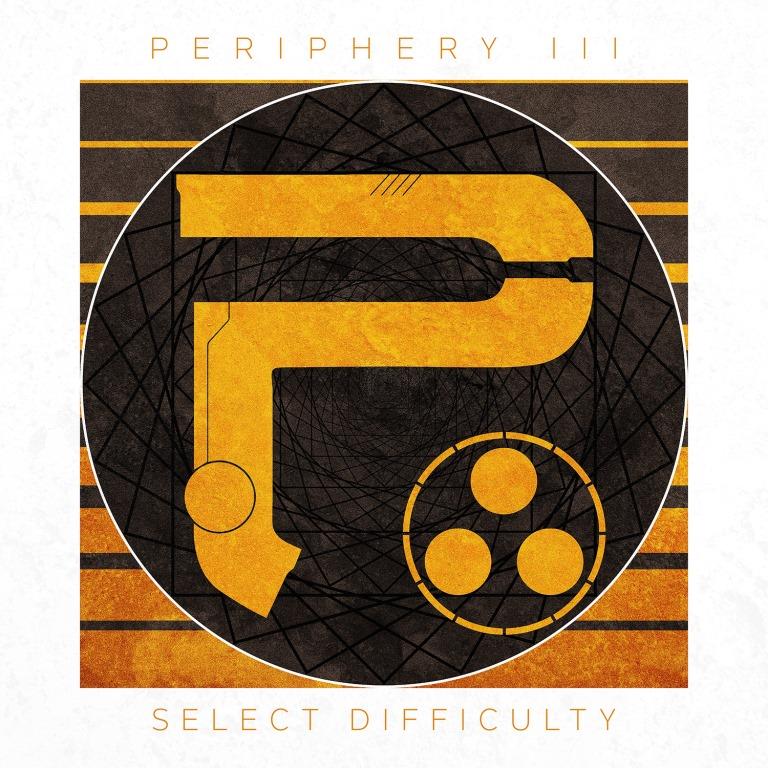 Periphery, another band that I can get all hipster about and say "I liked them BEFORE they were cool."  I won't be too much of a pretentious asshat, but I have dug these guys' sound since the first time I heard "Icarus Lives!"  In case you aren't familiar, they are a progressive metalcore/djent band from Washington DC.  Though the album is called Periphery III, this is actually their 4th or 5th LP depending on how you count it.  Their last critically acclaimed outing was a two-part sci-fi conceptual opus, one that I initally poo-pooed but eventually came to appreciate quite a bit.  But now it's back to business as usual for the band with 11 new tracks of pure technical bliss.

While Periphery III isn't something entirely new, I give the band a lot of credit for continuing to stick to a strong foundation of what clearly works for them while still experimenting with how far they can stretch it.  "Catch Fire" is certainly a fine example of this with it's electro-poppy aesthetic...one that might crash and burn with any other band, but Spencer's always impressive vocals and the already digital-heavy sound of the band make it work.  It may actually be one of my favorites along with the simple-but-effective catharsis machine that is "Remain Indoors."  There are other poppy moments on this album, but they present this time without some of the gripes I had about Juggernaut.  Periphery II had already been forging the way down this road as a natural progression, and here it feels as if we truly are picking up where that one left off as the title implies.  "Lune," for one, is absolutely gorgeous.

And this song brings me to another innovation for the band: the increased use of string orchestrations.  As if the band didn't already have enough of that with their 3 guitar players and bass, Periphery III takes the next step with a truly epic touch of classical musicianship.  Most of you already got a taste of this with the single "Marigold," but there are other recurrences throughout the album.  "Lune" just happens to be the best in my opinion, and it certainly closes the album with a bang.  Plenty of bands will end up doing a song with string accompaniment in their career, but few do it as well as this.

On the flip side there are still the back-to-basics (though I argue nothing these guys write is basic) insanely heavy moments meant simply to get your butter churning.  "Prayer Position" and opening track "The Price is Wrong" fit this bill, and I hope I get a chance to see them play with Sikth on their current tour, because I hear a lot of the UK mathcore elite's style seeping into these tracks as well as "Motormouth."  This last one is another of my own personal highlights with catchy choruses and the best Meshuggah riffs not performed by Meshuggah.  The groove is so thick you'll need a shovel.

I could probably gush about this album for several more paragraphs, but I know better.  Most of you won't read that much, and I wouldn't either.  Let's just put it this way: Periphery III may honestly be Periphery's best album to date and is certainly one of the best of the year.  Somehow it is both their heaviest and their softest, and pulls off both with more expertise than ever before.  I hate to use another old cliche, but like a fine wine these guys truly do get better with each year.  Complacency is not in their vocabulary.  Every member seems invested in honing their craft and never considers themselves to have learned everything there is to learn.  You've got to respect that kind of drive.  Check out four tracks in our playlist below.  The album is available pretty much everywhere.  Picking mine up from Best Buy this Friday.