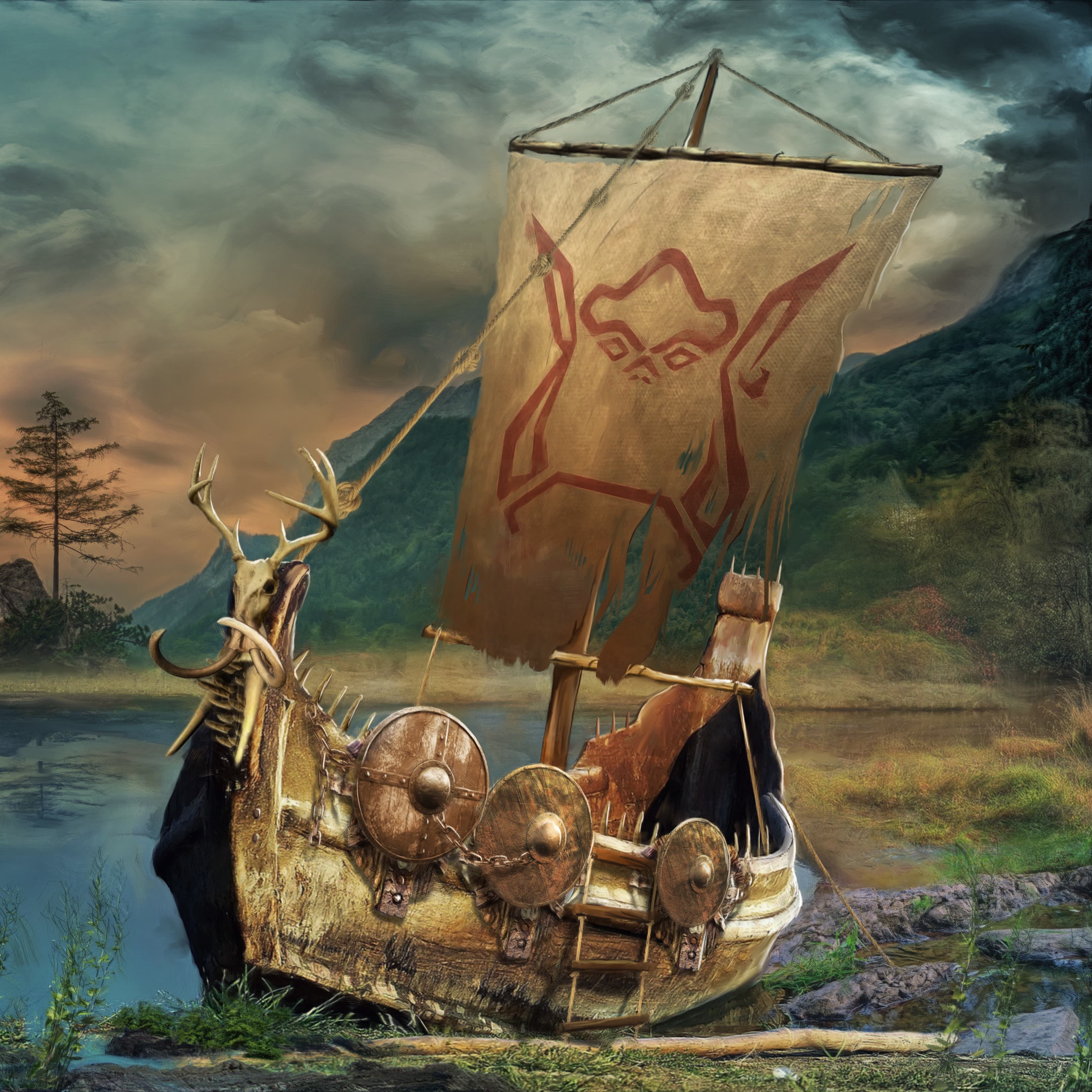 What I Like: Praise Oden; finally some folk metal that doesn't spare the axe. It feels as if it's been months since anything of note crossed my path in this genre, but regardless, I'm glad that Blodiga Skald are back with a second dose of their rich fantasy and highly energetic songwriting. The Undrunken Curse is most definitely an evolution from the already strong foundations of Ruhn, stepping up to their game in all possible departments. The death metal vocals and guitars are on par with Equilibrium in their bombast,  the instrumentals and feminine vocal interludes provide increased dynamic range, and the folk instrumentation from the bouncy accordian to the highly evocative strings is more lush than ever. There's even a guest appearance from Keith Fay of Cruachan on the pirate themed "Yo Ho The Sail is Low." And speaking of which, thematically this album is all over the place: vikings, pirates, classical, circus...techno... it's all fair game.

Critiques: There are a few moments where the album starts to jump the shark a little, namely around the halfway point of the utterly ridiculous "To The East Of Sorrow Town (Circus Of Pigsley)." There are some truly great moments on this highly ambitious track, but it would be even stronger were it to ditch a few of the sillier parts.

The Verdict: I love folk metal, and there's not nearly enough of it these days. Here's hoping that The Undrunken Curse heralds in a new reign of costumed stage larpers with a taste for meade and fantasy.

Flight's Fav's: The Curse, Yo-Oh The Sail Is Low, Sbabobo