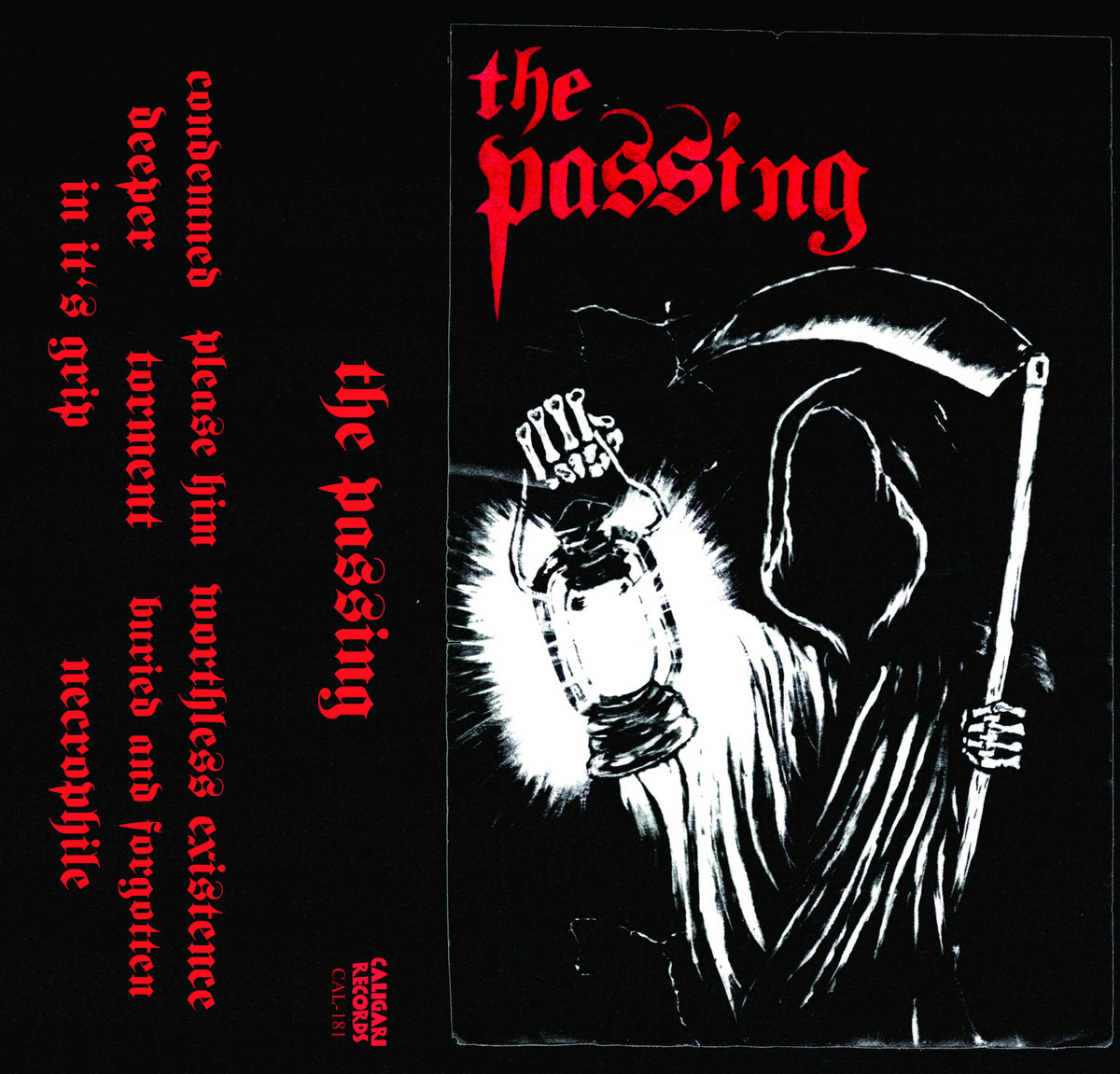 Listen to The Passing
Bandcamp

Formed back in 2018, Los Angeles’ The Passing pays tribute to some of the rawest and ferocious d-beat, punk, and metal on their self-titled EP.  Though the roots of these genres stretch back a good three decades, there are new bands regularly trying their best to channel the sheer amount of energy and grit that defined the classics and not everyone is up to the task.  The Passing makes a pretty good case for being able to achieve that across their seven-track release, which flies by at a brisk pace but pummels with precision and has the same level of intensity as their inspirations.

While the instrumentals are appropriately noisy and heavy, it’s worth noting that there’s a bit more clarity to the recording than some of you might initially expect.  Unlike other d-beat bands like 偏執症者 Paranoid, The Passing doesn’t have the same type of ear-piercing feedback or sheer volume that feels like it’s going to overwhelm you.  In this regard, rather than taking from the noise factor of Japanese hardcore or some variants of Scandinavian hardcore, these guys have a bit more traditional punk mixed in with a bit of metallic sheen.  That’s not to say that the EP doesn’t hit hard, as there’s a crunchiness to the tonality and just the right amount of abrasive edge that has that type of instant appeal for anyone that’s been immersed in these genres for any period of time.  But there’s also a bit of space for each of the instruments to breathe, bringing classic bands like Anti-Cimex to mind along with the more modern studio polish of recent Martyrdöd albums. While the formula may be familiar, The Passing is able to do it justice with riffs that don’t let up from start to finish and that don’t feel like a mere copy of one particular band.  Admittedly at this stage the quickness of the songs and general nature of the material does lead to some of them blurring together and there is room for the band to develop a bit further, but this isn’t as big of a deal given the short EP format.

The vocals are one of the harshest elements of The Passing’s music, as their vocalist has an extremely low growl that’s drenched in so much distortion that it sounds downright nightmarish.  It’s an approach that makes each song hit that much harder, and the overall approach reminds me of Canada’s Napalm Raid.  While I can imagine that in a live setting the growls and screams would be room-filling and even more immense, the band has done a great job at attempting to capture this on record and it makes you want to crank up the volume to get punched in the face by each and every word.  This is one area I think The Passing has down, and they just need to continue with this style as they move forward to have maximum impact.

This type of fast, aggressive d-beat and punk feels just as relevant now as it did in the 80s, and The Passing is able to capitalize on that same type of blistering intensity that makes you want to get up and crush everything in your path.  They pull in a few more metal influences alongside the punk ones than some of their peers, and while there’s still room for the band to develop further and stand out more on a song to song basis this is a great starting point.  The EP format works well for a quick blast of this type, and I expect this group to be worth watching in the coming years.  The Passing is available from Caligari Records.