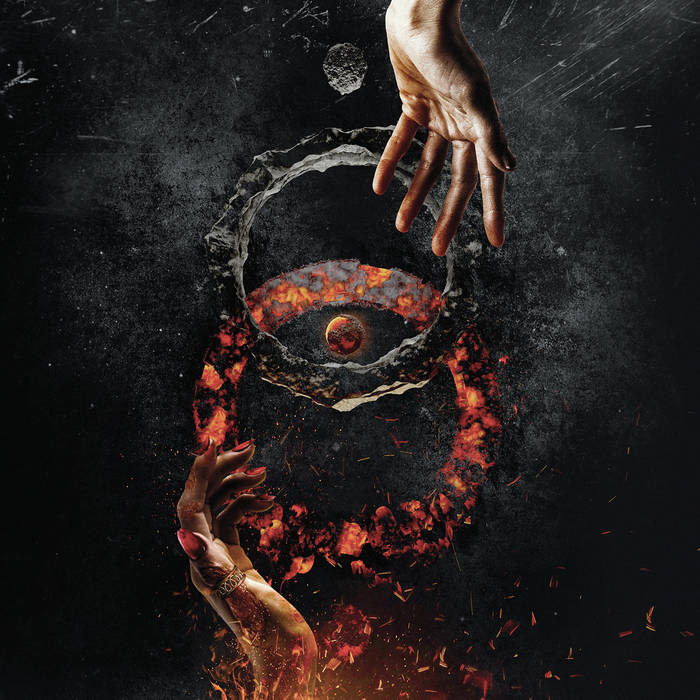 The Orphic
by Wells Valley

The Pitch: Blackened, sludgy post-metal from Lisban, Portugal's Wells Valley influenced by the likes of Neurosis, Blut Aus Nord, and Cult of Luna

What I Like:  What a delightful melting pot of ideas.  In addition to the bands above, Wells Valley also list Swarm of the Lotus, Trypticon, Nine Inch Nails, and Converge as critical to their sound.  That's like a wet dream of seemingly disparate approaches to me.  But if I were to simplify on my own, it feels a bit like The Lion's Daughter meets Deathspell Omega.  You get the big, booming chords, gruff howls, and adrenaline-inspiring drum builds ("Ophanim") of the former along with the bending, coiling black metal riffs and violent screeches of the latter.  The resulting unholy union is a very focused assault despite the above-average runtimes.  Fantástico.

Critiques: I'm not 100% sold on the approach to clean vocals on the closing track, but this is a really tiny criticism in the scheme of things.

The Verdict:  So, so, so excited to hear more from these talented and creative individuals.  I made sure to hit that "Follow" button on bandcamp lest I miss future endeavors.  The Orphic is a highly dynamic and stimulating outing for both post-metal and black metal fans alike.