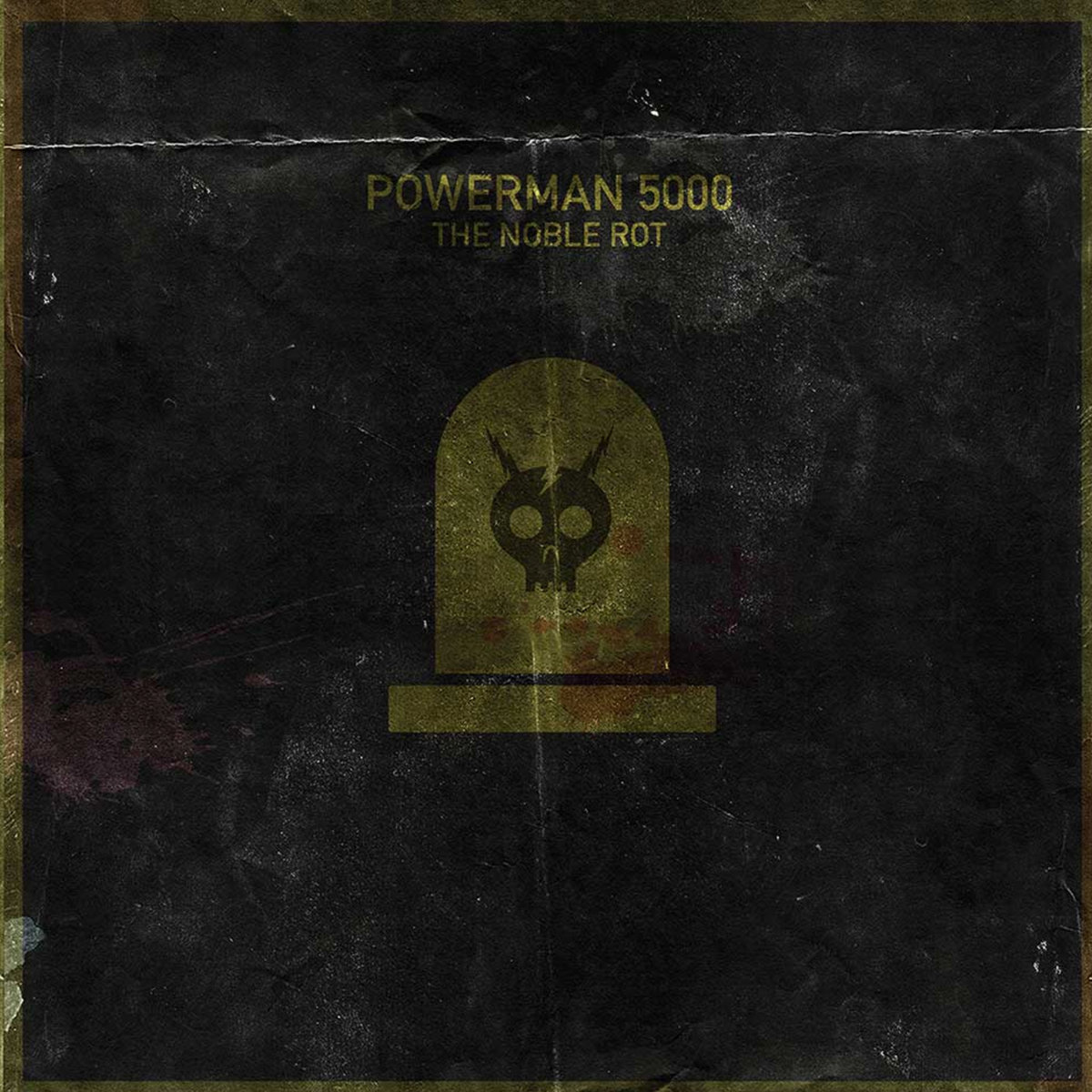 The Noble Rot
by Powerman 5000

Anyone that listened to mainstream rock radio in the 90s and early 2000s probably heard Powerman 5000’s “When Worlds Collide” on the airwaves, as the band captured the nu-metal and hard rock audiences with their industrial metal and rock.  Though the band would fall out of mainstream favor shortly after, they never went away and have continued to put out material every few years along with touring regularly.  I followed them through 2003’s Transform and 2006’s Destroy What You Enjoy, ultimately finding the transformation from industrial to straightforward punk and alternative rock to be a bit flat in comparison to their earlier days.  In recent years Powerman 5000 has bridged the gap between their roots and this mid-career approach, with The Noble Rot serving as the perfect re-entry point for listeners like me.  It may be hard to believe they’re up to album ten at this point, but Spider One and crew keep things short and to the point with catchy hooks, resulting in a fun listen from beginning to end.

There’s still a sense of nostalgia throughout The Noble Rot, particularly when Powerman 5000 is once again channeling the danceable industrial rock beats from their Tonight the Stars Revolt! and overall quirkiness that defined their sound early on.  But where other bands that have been around for this long strike that nostalgic mood while sounding a bit tired doing it, these guys have never lost their energy no matter what musical direction they go in.  “Cannibal Killers That Kill Everyone” starts the album off with hard, driving beats and the bursts of electronics that defined the peak industrial rock/metal era of Powerman 5000, with noisier riffs on the chorus.  But then you get to songs like “Black Lipstick” where the band takes a turn towards goth rock and new wave and “Brave New World” which has funk and hip-hop vibes.  There have often been hints of these musical influences throughout the group’s history, but here they seem to genre hop more often and do so while always ensuring that there’s a catchy beat or chorus to keep listeners coming back for more.  The songwriting does feel a bit stripped down, keeping the material fairly short with a few verses and choruses that get stuck in your head before moving to the next idea, but this works to The Noble Rot’sadvantage as it cuts out the filler that tends to plague industrial and hard rock.  You’d be hard pressed to find another album that feels this fun and quirky, moving from roaring and noisy industrial guitar work to an electronic take on The Go-Go’s “We Got the Beat”.  Powerman 5000 even gives you a re-recorded version of “When Worlds Collide” with the CD version of the album, and it holds up over twenty years later.

While there have been plenty of lineup changes over the band’s almost thirty-year history, Spider One has kept a sense of consistency to their music with his rougher singing voice.  It’s impressive that after ten albums he hasn’t lost any of the energy that defined Powerman 5000’s earlier material, reaching that in your face and rawer singing on the majority of the choruses throughout The Noble Rot.  On “Brave New World” he adopts more of a hip-hop flow with the way the verses are structured, and the dips into goth rock find his singing following suit with a darker and more laid-back approach.  Admittedly the choruses sometimes seem a bit too simplified and stripped down, as the song titles give you almost the entirety of what the choruses are going to cover, but I can’t deny that it’s still extremely catchy.

Powerman 5000 may not convert anyone over that hasn’t been sold on industrial rock or rock from the 90s before, but for listeners like me that liked them way back when and then lost touch this is a great album to rediscover them with.  It may not be drastically reinventing the musical styles they’ve touched upon all along, but the songs are consistently catchy and the band never seems to repeat themselves.  There’s a good balance between the angsty and sometimes weird industrial slant of their earlier days with some of the goth and hard rock bits from more recent memory, and that makes this an album worth spending time with.  It’s also made me want to catch Powerman 5000 live, whenever the world decides that’s a viable option again.  The Noble Rot is available from Cleopatra Records.