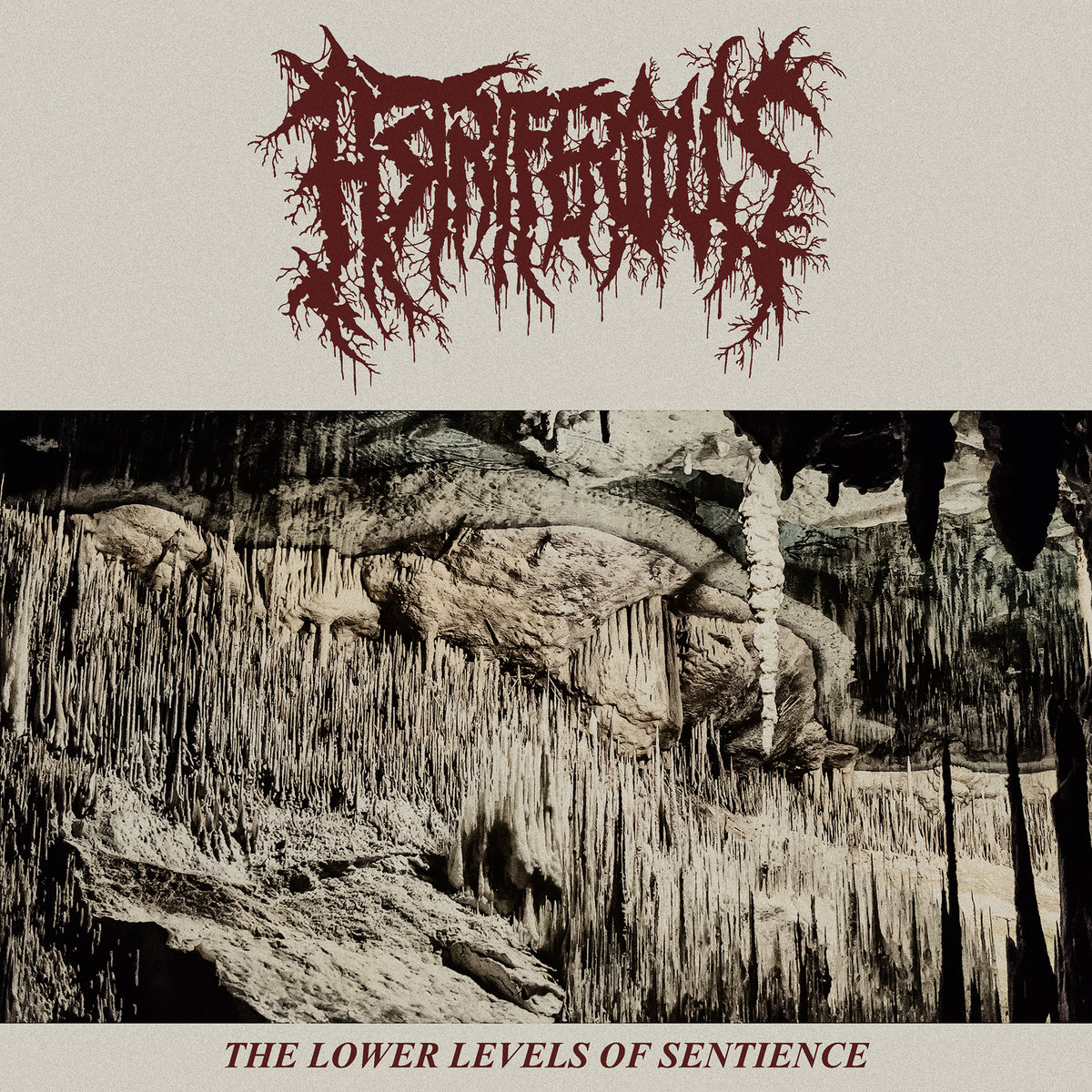 The Lower Levels of Sentience

The Lower Levels of Sentience
by Astriferous

Costa Rican death metal band Astriferous has only been around for about two years, but with members that have been in the likes of Corpse Garden, Bloodsoaked Necrovoid, and Deplorable there’s a bit more polish to be found on their latest EP The Lower Levels of Sentience than is typical for an act this new.  The EP follows a demo from last year and finds them once again offering grimy old-school death metal that boils the genre down to its essence.  While Astriferous hasn’t quite yet differentiated themselves from the hordes of other groups aiming to capture this same type of death metal, there are still plenty of gnarly riffs and tense atmosphere to convince fans of the genre to check them out.

There’s little to The Lower Levels of Sentience that will surprise avid death metal fans, but there is a level of polish and precision to the playing that elevates Astriferous above some of the cruder and less interesting newcomers.  Like their inspirations, the emphasis is on thick and murky tonality and tempos that move from slower grooves that feel like they’re stuck in sludge to much faster blasting.  There’s a cryptlike atmosphere emanating from each of these songs, as though you’re hearing something that’s been recently excavated from the depths of the earth, and that does prove to be appealing as not every death metal group out there is able to reach this level of grime and decay.  Astriferous does shake things up a bit on the final track “Necrohallucination”, which stretches past the seven-minute mark and finds them heading into death/doom territory with glacially paced riffs that have a haunting and dark tone to them.  Compared to the Raise High the Scepter of Indulgence demo from last year, the production values have also seen a leap forward and there’s just the right amount of murkiness and weight to the recording that makes the material hit you particularly hard.  However, while these guys do nail the old-school aesthetic and intensity the songs do feel a bit similarly constructed and there isn’t an element that sets them apart from the pack just yet.

One area where Astriferous does stand out is in their vocals, as they have three out of four members contributing different screaming and growling pitches throughout the EP which ups the intensity level significantly.  The main style is a guttural growl that reverberates over the instrumentation with a powerful and foreboding presence, and right from the first few minutes of opener “Ghost Universe” you’re likely to be bowled over by how heavy hitting these growls are.  From there the other members offer higher shrieks and a whole slew of other pitches that seem to only get more distorted as you keep listening, and at its peak levels the performance sounds downright inhuman.  This is definitely a positive when talking about death metal, and if the group can continue this dynamic approach moving forward it’ll benefit them quite a bit.

It may not quite stand out from some of the other bands channeling this same type of filthy, old-school focused death metal, but with some over the top vocals and a level of precision not always seen this early on Astriferous has still delivered a promising release. If you’re one of those death metal fans that can’t get enough of this sound and can appreciate the basics done well, you’ll want to find room for this one in your collection.  But even if that’s not the case, you can see the solid base this group has established and it seems likely that with just a bit more growth they’ll be one to keep an eye on in the coming years.  The Lower Levels of Sentience is available from Me Saco Un Ojo Records, Pulverised Records, and Desert Wasteland Productions.