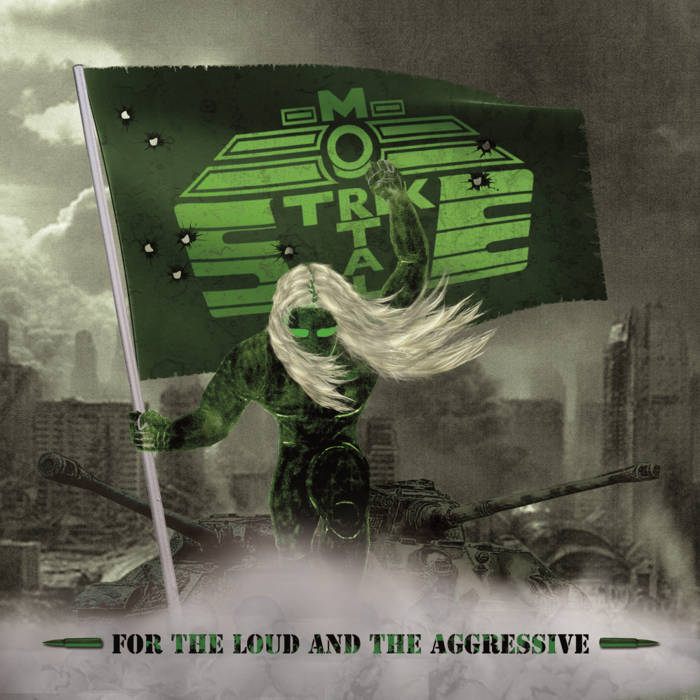 The Loud and the Aggressive

For the Loud and the Aggressive
by Mortal Strike

More thrash for you today. The title track begins, and we step into an alternate universe where Slayer are from Vienna, Austria. The vocal approach is similar. This man states what's on his mind. There are no frills, he simply spits it out into the music. He's the type of guy who has no problem starting a song by simply shouting out the title. It's a no bullshit approach, which is good considering there's no time for it anyways given the rate that these riffs fly by.

Crunchy streams of palm muted triplets, punctuated sustains, and forceful injections of picked hooks race through your ear canal. "The Tides of War Arise" also has some great harmonies in the intro and and overall bulldozing effect in the verses. But the only thing possibly more intense than the guitar is the drumming. Every individual impact hits the mix so hard it leaves a dent, and the beats themselves are just relentless. It's not only your pretty standard stuff, but also a few D-beats and if you really zone in, some pretty unique double bass kick patterns.

Tracks like "Outburst of Fury" walk the line between old school thrash and melodeath influences. It also ends in a spectacularly fiery solo. And Mortal Strike have just enough heavy/power metal influence to be epic without being cheesy. Think Judas Priest or Maiden. These influences come out stronger on tracks like "Against the Wall." Flavoring the vocals and the guitars nicely to give a bit of variety from moment to moment.

So what are you waiting for? This album is for you, the "loud and the aggressive." Press play and get your concentrated dose of all of the old styles of metal today. And while your out it, you should check out all of the other excellent thrash acts that Vladpromotions has to offer.