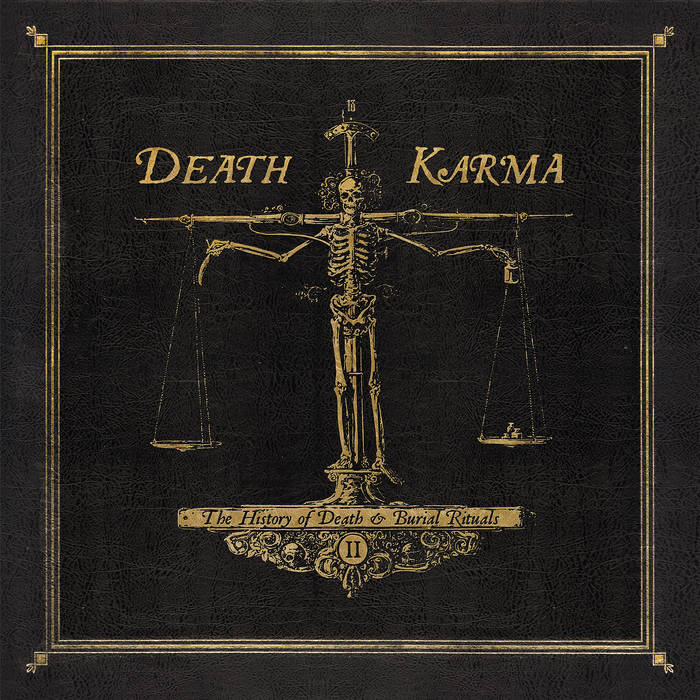 The Pitch: Inspired by the literal death and burial rituals of cultures around the world, Infernal Vlad (Cult Of Fire) returns with part II from his melodic black and death metal project, Death Karma. FFO: Cult Of Fire, Schammasch, Mgla

What I Like: Once again, I am left in complete awe of this project. From the powerful tribal drumming to the enchanting guitar hooks, from the very first track I am transported far away from my West Coast home. For those who had fair complaints about the over-loud, crunchy production on part I, this album sports a much more dynamic sound. All for the better, because you will not want to miss a single note of these stunning compositions. Ritualistic, chanted vocals, infectiously expressive guitar riffs, and a handful of regional instruments make for an experience that truly feels like globe-spanning morbid tourism.

Vlad manages to capture the essence of each country with such humble reverence; and it's nothing short of inspiring. The intriguing motorcycle sounds on "New Zealand - Mongrel Mob" even had me turning to Google and learning about the burial of Hell's Angel's leader Shane Bullock. I feel like I learned more from listening to this album than in all of my Sociology classes combined. It's just so damn immersive. I could even tell when we had entered Egypt and Scandinavia despite ignoring the tracklisting. Speaking of which, there is a pace transition on the latter that redefines the word epic. It's one of those moments that can't help but make you smile.

Critiques: Though close, it's not complete perfection. In particular, I am less impressed by "Indonesia - Tana Toraja." There are a few moments of repetition worthy of trimming. Other than that, expect nothing but the best.

The Verdict: When it comes to other cultures, there's no replacement for experiencing them firsthand. That said, Death Karma's The History of Death & Burial Rituals series is about as close as you can get without being there. Cultural appropriation outrage and virtue-signaling be damned; this is how you celebrate differences without being a hipster trash heap.