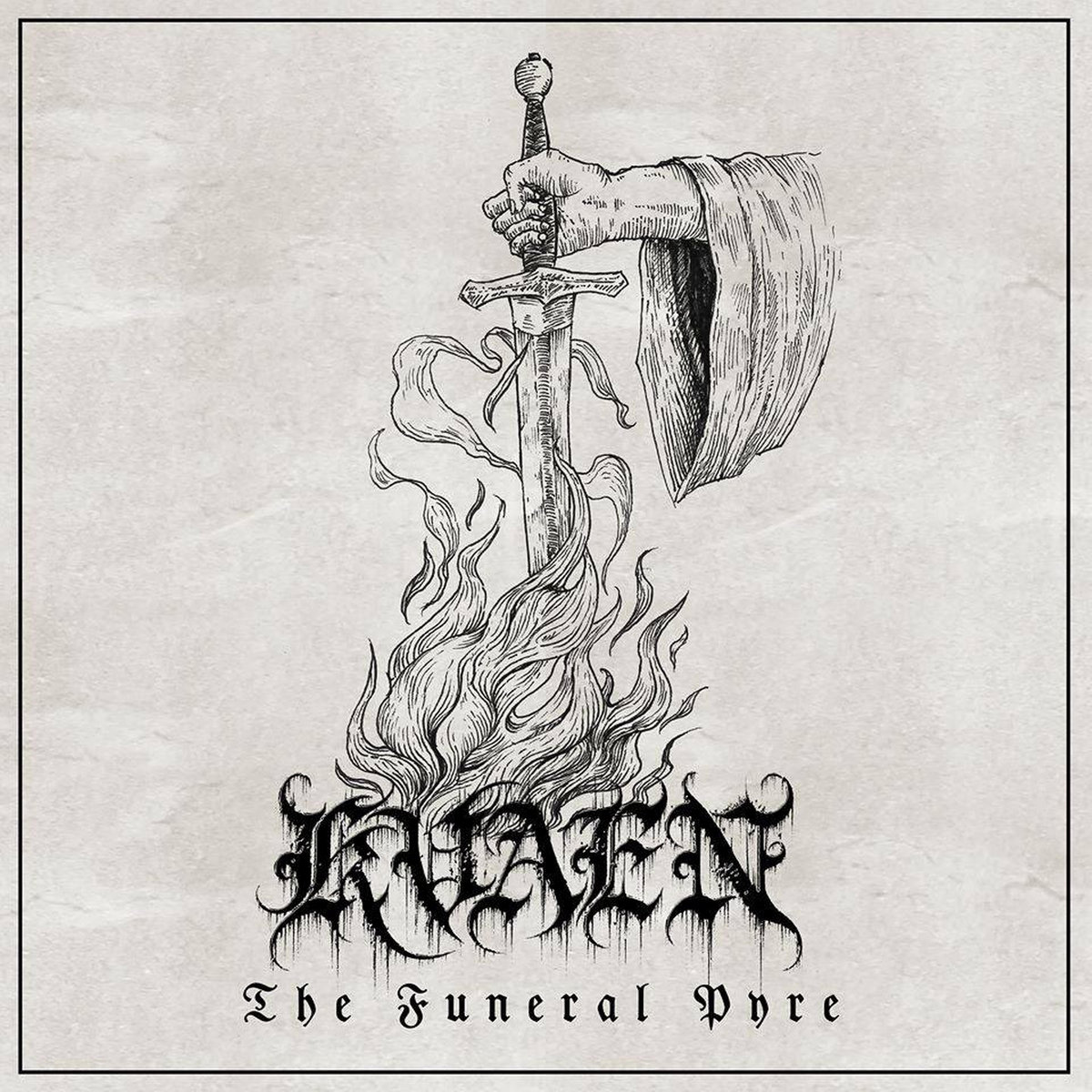 The Funeral Pyre
by Kvaen

One of the best parts of being a metal reviewer is coming across the sheer amount of hidden talent out there, whether its from long-running bands you hadn’t come across before or newcomers.  Sweden’s Kvaen is the latter, with this year’s The Funeral Pyre serving as an introduction to their take on black metal.  What you might not know upon first listening to this album is that Kvaen is actually a solo project formed by Jakob Björnfot (Autumn Death, The Duskfall) which features guest appearances from a slew of musicians from across the Swedish extreme metal spectrum, as the quality of the writing suggests a full-fledged band.  It’s the type of release that’s able to offer up quite a bit of variety while still having strong enough hooks and a cohesive flow to keep you coming back.

What makes The Funeral Pyre so exciting is that it shapeshifts between just about every type of black metal over each of the eight songs while ensuring that there are strong leads and solos to keep you interested no matter where the instrumentals go.  If you were to only listen to opener “Revenge By Fire” you’d assume that Kvaen has written an album of black/thrash rippers, where the tempo moves between blistering thrash and mid-tempo black metal iciness.  But this is only one side of what Björnfot has to offer, as the rest of the album moves towards traditional second-wave elements and even some soaring melodies that bring other Swedish bands like Naglfar to mind.  Kvaen strikes a perfect balance between the aggressive and melodic sides of the spectrum, with some old-school shredding thrown into the mix for good measure, and no matter where the songs go they always manage to impress.  As mentioned earlier, there’s a sense of precision to the songwriting that suggested this was a full band rather than a solo project, and it’s impressive to find this level of polish so early on.  Whether it’s the sweeping, epic riffs of “Septem Peccata Mortalia” or the straight-up thrash on “Bestial Winter”, there’s a little bit of everything for the extreme metal fan to take in and appreciate.

There are some guest vocals on a few of the songs, but for the majority of The Funeral Pyre Björnfot handles all the vocals on his own.  While this can always be hit or miss when a musician handles all the aspects themselves, there’s nothing to worry about in Kvaen’s case as the screaming comes through at a higher, raspier pitch that delivers the right amount of grit and intensity for the instrumentation it’s supporting.  The vocals have been mixed so that they’re front and center, towering above the scorching guitar riffs with an immense amount of power, and that only adds to the appeal of what the project has to offer.  Admittedly Björnfot does stick at around the same range for much of the album, but when it’s delivered with this much force and fullness there’s not much to complain about.

Kvaen is pulling from some familiar influences from across the Scandinavian black metal landscape, but they’re combined in a way that come through feeling like more than a mere worship to the past.  The riffs consistently pull you in from beginning to the end and the epic nature of the melodic sections should grab listeners who don’t always gravitate towards regular black metal.  There’s a level of polish to this album that’s rare for solo work, and hopefully it’s just the beginning for what Kvaen has to offer.  The Funeral Pyre is available from Black Lion Records.