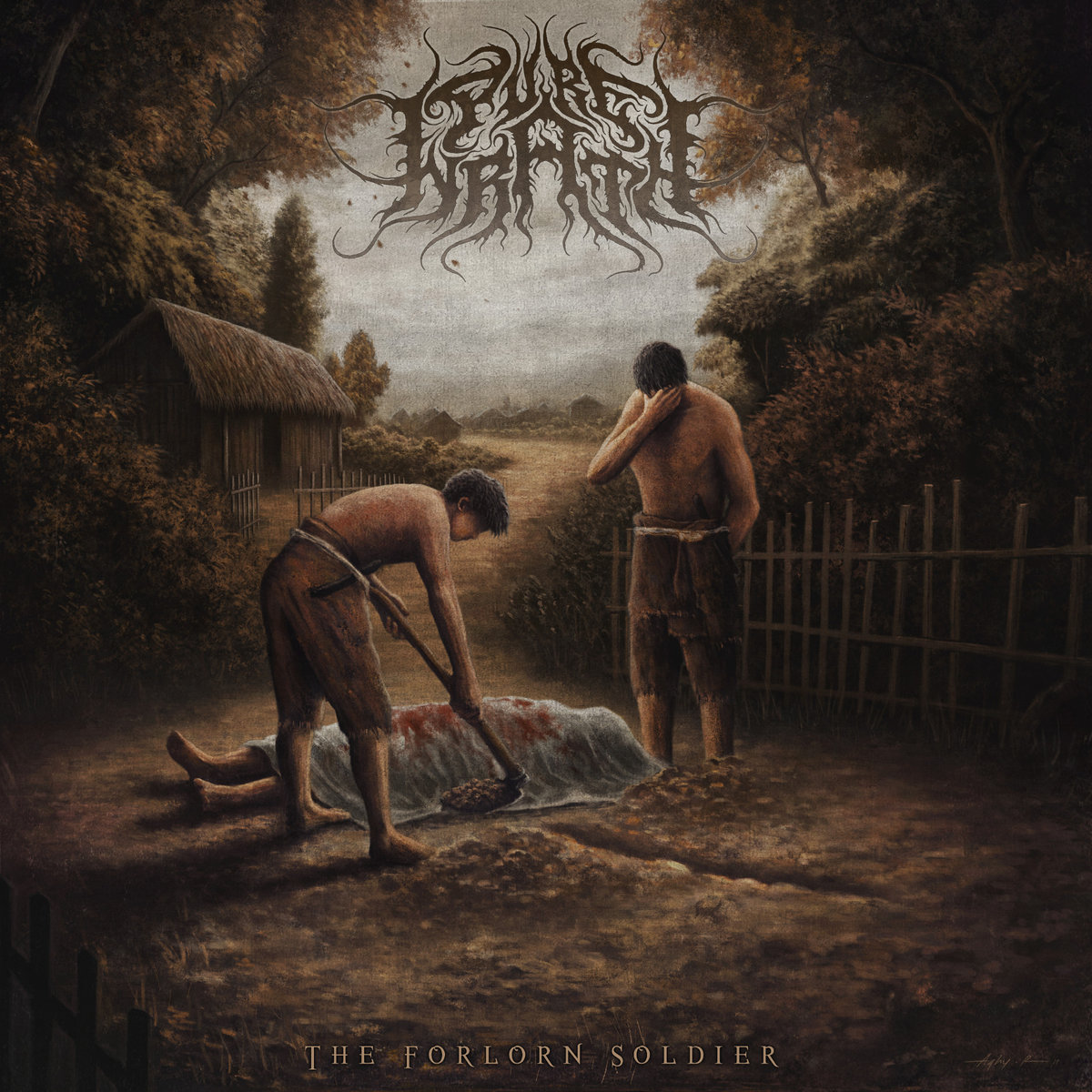 The Forlorn Soldier
by Pure Wrath

When one thinks of Indonesia and metal, chances are that their brutal death metal scene is what first comes to mind.  But like most parts of the world, the deeper you dive the more variety you find under the surface.  This brings us to Pure Wrath, an atmospheric black metal band that hails from Indonesia and is a one-man project that puts a lot of full lineups to shame.  Having released two albums and a split since 2017, creator Ryo has returned with The Forlorn Soldier EP which once again offers soaring riffs and somber atmosphere that hook you early on and don’t let you go until they’ve reached their conclusion.

Opening track “When a Great Man Dies” wastes no time in hitting the listener with soaring melodies that feel epic in scale, coming in somewhere between the grandeur of bands like Fen and Saor while also transitioning over to some keyboard driven passages that are reminiscent of some of the classic symphonic black metal from the 90s.  Pure Wrath is able to seamlessly move between these elements while keeping the intensity at a high, as even when the tempo does slow down a bit the sheer amount of layers to the instrumentals creates a tense and somber atmosphere that fully envelops you.  With each of the three tracks spreading outwards towards the seven to ten-minute mark, this allows them to reach multiple peaks and when the EP achieves this it’s sure to send chills down listeners’ spines.  Admittedly the way that each song flows does result in some similar passages at times and Ryo is pulling from familiar territory when it comes to this type of black metal, but it’s delivered with such polish and grand scale that you can’t help but be sucked in by it.

The vocals alternate between singing and screaming, which works in Pure Wrath’s favor as it gives the material a more dynamic feel.  Ryo’s primary style is a higher scream/shriek that reminds me of The Watcher from Fen and Agalloch’s John Haughm in equal capacity as they have an abrasive, biting feel that hang over top of the recording with a powerful presence.  In addition to the screaming, all three tracks head into cleaner ranges that have a much more somber tone to them which feels appropriate given that The Forlorn Soldier explores the 1960s genocide in Indonesia with its lyrical content.  While not all black metal bands can pull off singing successfully, it is delivered convincingly here and adds significantly to the music.

Pure Wrath is seamlessly able to move between soaring atmosphere and more somber, introspective passages that prove to be just as powerful.  For just one person to make black metal that’s this epic sounding in scale and polished is impressive and while this latest EP does feel a bit more straightforward than some of Ryo’s past material that doesn’t lessen the impact these songs will have on listeners.  If you have yet to experience this project and find yourself drawn to atmospheric black metal, change that with this release.  The Forlorn Soldier is available from Debemur Morti Productions.