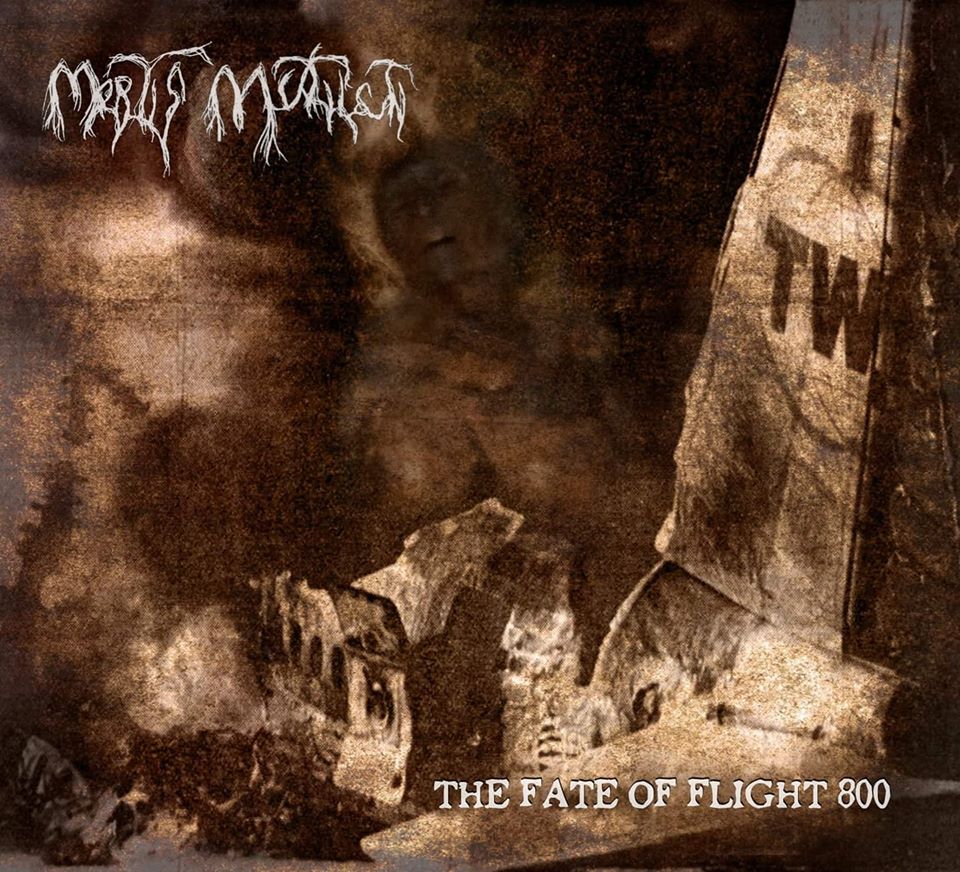 The Fate of Flight 800
by Mortis Mutilati

French black metal band Mortis Mutilati has been the solo work of Macabre for the past nine years, giving him the opportunity to explore black metal with a bit more of a depressive and melancholic slant compared to the other groups he had been a part of like Moonreich and Griffon.  In recent years Macabre has utilized a variety of musicians for live performances and allowed Mortis Mutilati to take on a life of its own, leaving his other groups behind and bringing in his most recent lineup as full members of the band.  With these changes in place, it makes sense that the fifth full-length The Fate of Flight 800 brings some different textures and an even denser sound with it that capture the melancholy and rawness of the past with even grander and powerful climaxes.

It’s always interesting to find that bands from the same country channel a similar sound at times despite being from completely opposite regions.  On songs like “Vultures of Steel” Mortis Mutilati has the same type of bone-chilling and room filling melodies over top of a blasting base as groups like Merrimack and Azziard.  But the band balances out this more traditional aggression and destruction with softer, melancholic moments that give off a sense of mystery and loss.  Seeing as the album is themed around the crash of TWA Airlines Flight 800 in Rome back in 1964, this suits the overall concept perfectly and the haunting guitar tone on “Deathcrown” and the title track feel like they’re beckoning you in to see the wreckage and desolation for yourself.  Over the course of these eight songs Mortis Mutilati strikes a fine balance between aggressive, dense instrumentation and softer elements that let the atmosphere spread outwards which makes the material feel more dynamic and hold your attention.  Ex-Marduk guitarist/bassist Devo once again handled the recording, mixing, and mastering and he’s allowed all the instruments space to breathe and reach their highest point, which goes a long way in giving The Fate of Flight 800 some real staying power.  My only complaint is the nine-minute closing track “Ashes” which slows things down to an almost doom-like tempo feels just a bit too long as the riffs start to drag and lose some of their impact.

Macabre has a raspy scream that is so distorted and abrasive that it’s likely to send chills down your spine from the first minute of “Flight to Nowhere”.  The screams are layered so that they often sound like the cries of the dead, and this makes the vocal work more impactful and haunting than your typical black metal album.  This type of approach by itself would be more than enough to sell me on what Mortis Mutilati has composed here, but Asphodel also contributes singing that has an eerier, ghostlike presence on some of the songs.  When this merges with the harsher ranges it’s stunning, as it allows the group to reach a truly powerful atmosphere that is drenched in sorrow and decay.  Some of these touches may be subtle, but they go a long way in making The Fate of Flight 800 further stand out.

Mortis Mutilati had a bit more of a depressive and melancholic direction early on, and while there’s been a consistency throughout their albums this latest effort takes everything to the next level.  It’s evident that this has grown beyond a mere solo project, and the band’s ability to move from the harsher, violent slants of more traditional black metal to softer, haunting melodic passages gives their latest album a dynamic feel that has plenty to draw listeners back for more.  When it comes to French black metal this one’s up there with the latest Azziard, and a clear sign that the underground still has plenty of newer bands worth diving into beyond the bigger names.