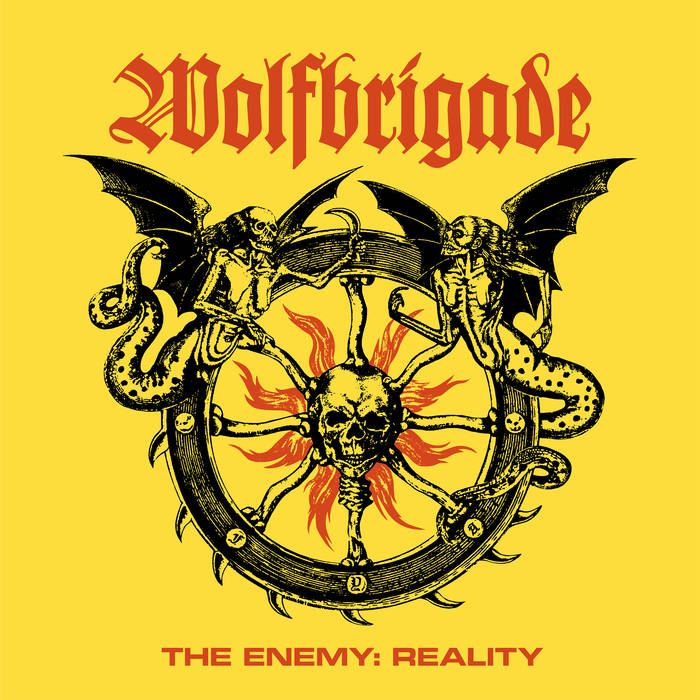 The Enemy: Reality
by Wolfbrigade

What I Like: Continuing their reign of consistently crushing crust, The Enemy: Reality also finds the band leaning heavily into their Motörhead influences. Slower, sludgier tracks like “Hammer to the Skull” and “Nightmare of Wolves” are positively dripping with Lemmy’s whiskey-soaked rock and roll attitude. I can practically hear him calling from the grave. But if you prefer a brisker pace, there are still plenty of high octane D-beat ragers like “Narcissistic Breed” or “Wells if Despair” to keep the blood boiling and bones rattling. I’m also picking up on some Converge-y Ballou-isms in those righteous guitar leads. Horns up, head banging music through and through.

Critiques: In varying things up this time around, the tradeoff seems to be an album that feels a bit more uneven than previous outings. It's a conundrum as I appreciate that the songs each have more individuality, but I'd like to see the band find a better balance next time around.

The Verdict: The Enemy: Reality finds Wolfbrigade delivering all of the usual thrills while also embracing more rock roots along the way. It's not a perfect album, but one that excites me in that they haven't gone stale even ten albums in.