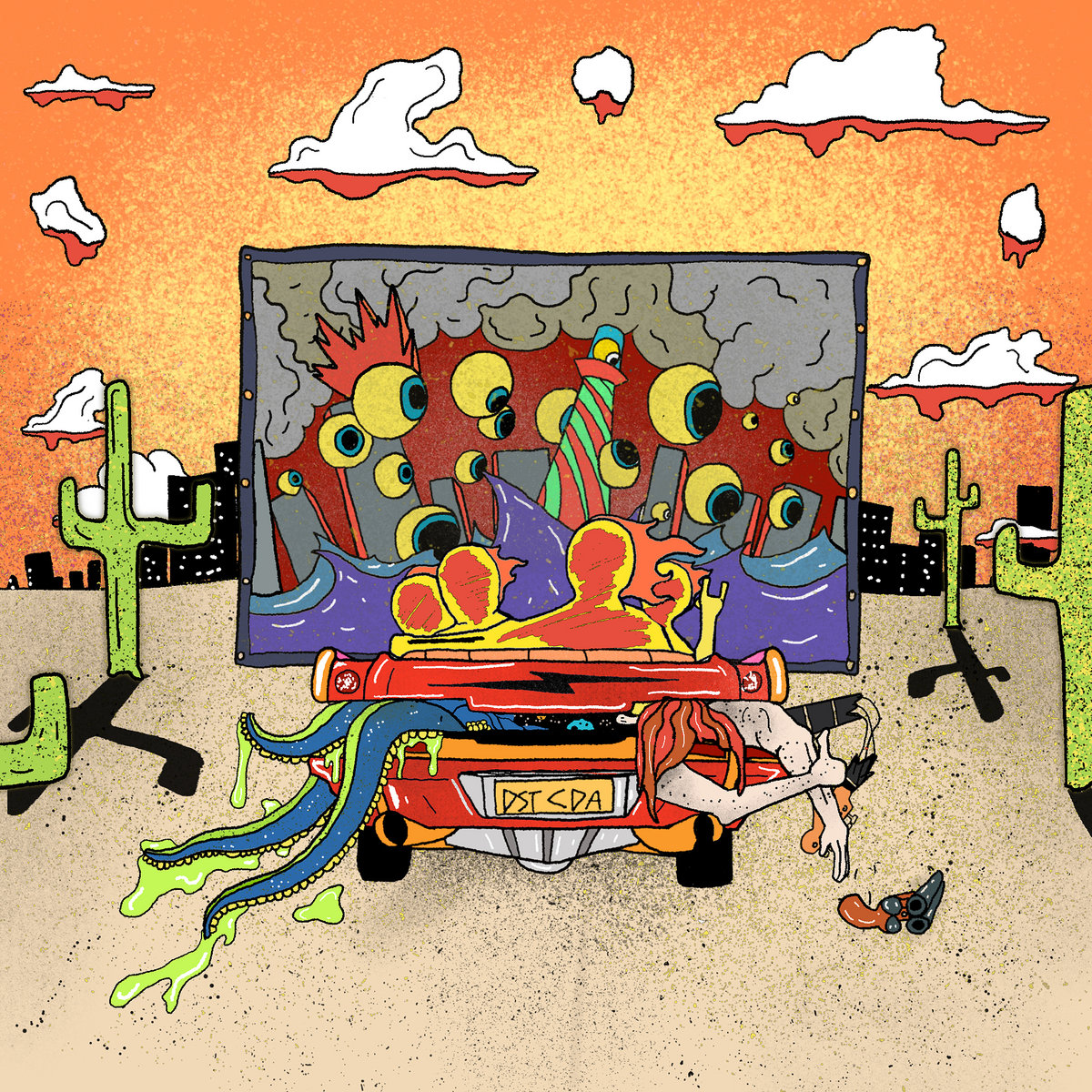 Mojo Skyline
by The Dust Coda

This year I’ve enjoyed diving back into some good old rock ‘n roll and have found bands that have brought in influences from across the decades while still bringing a modern flair.  One label that’s been focused on bringing plenty of rock out in recent years is Earache Records, better known for their contributions to extreme metal throughout the past three decades.  Earache has found some noteworthy talent throughout their home territory of the UK since shifting this focus over, the most recent of which is The Dust Coda, who have released their second full-length Mojo Skyline almost five years after their self-titled debut.  Pulling from a mixture of rock influences that span the blues and hard rock movements of the 60s and 70s alongside some of the 80s classics like Guns ‘n Roses, The Dust Coda blazes a familiar trail but delivers plenty of catchy hooks alongside some diverse songwriting.

All the major metal labels have signed on some hard/blues rock bands over the years, with many of them hailing from the UK or Sweden.  Where some of these acts have fallen flat for me is the one-dimensional nature of their sound, as many carve out a specific niche on the first few tracks and then don’t deviate from that for the rest of the album.  This is where The Dust Coda grabbed my attention, as while the core of their sound is capturing the same bluesy grooves as Led Zeppelin and heavier edge of Guns ‘n Roses there are different things happening on each song of Mojo Skyline.  “Demon” kicks things off on the 60s/70s end of rock ‘n roll, with a driving beat and bluesy edge to the guitar work that immediately reaches room filling levels of sound on the chorus.  From there the group heads towards 80s hard rock and some of its more modern variants, with “Breakdown” coming through like a cross between Guns ‘n Roses and Audioslave.  The Dust Coda touches upon everything one could want from classic rock ‘n roll, whether that’s a dip into softer acoustic instrumentation where things mellow out significantly or a much heavier song where the guitar and bass work in tandem to bring some low-end rumble to the album.  None of this may not be radically different from blues rock or hard rock, but Mojo Skyline weaves everything together in a way that comes across much more diverse than the average band and it’s clear they’re pulling from the spirit of the genre across the decades rather than following one influence too closely.  What helps this is that most of the tracks have stand-out leads and a number of them are likely to work their way into your head for some time to come.  There are a few lulls, and at fifty one minutes it does sometimes feel like this one runs just a little bit too long, but for every moment where I started to zone out a bit there was another catchy moment to pull me back in.

Strong guitar work is one thing, but the success of bands like The Dust Coda often lives and dies with their singer.  Luckily for them, Mojo Skyline has a powerhouse performance from John Drake whose voice soars over the choruses while offering some softer nuances when the rest of the band mellows out.  There’s definitely a healthy amount of Robert Plant influence to Drake’s approach, with a little of the low end of Chris Cornell at certain points.  Drake’s voice soars during the choruses and offers up some rougher edges that bring a bit of that 80s sleaze and attitude with it, making it seem like the band is made for the type of arena filling performances that their inspirations offered years ago.  Highlights for me include the funkier and storytelling cadence of “Jimmy 2 Times” as well as the soulful croon on “Rolling”.

While there were a couple of songs that came and went without fully grabbing me, the number of ones that were instantly stuck in my head vastly outweighed that and made The Dust Coda’s sophomore effort truly enjoyable to listen to.  The bluesy riffs and soulful vocals might remind you of a slew of other classic bands, but these guys are able to shake things up and pull from across every aspect of rock ‘n roll in order to stand out.  Like some of Earache’s other recent rock albums, I haven’t seen as much representation in North America with most of the push coming in Europe, but here’s hoping that changes with Mojo Skyline as it’s a sign that rock is indeed alive and well.