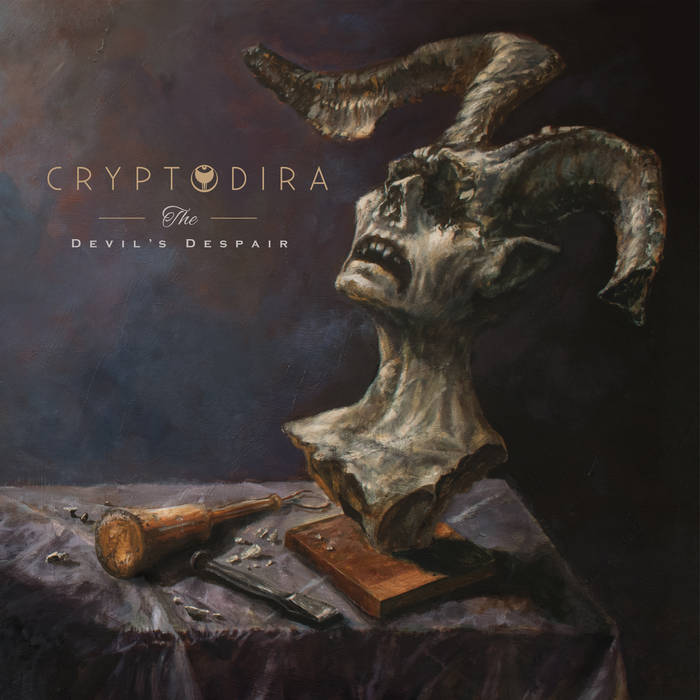 The Devil's Despair
by Cryptodira

The Pitch: A delightfully eclectic release from Long Island's Cryptodira.  Progressive metal, mathcore, post-hardcore, jazz, and a number of other styles all melded into one solid album.  FFO: The Hirsch Effekt, Autocatalytica, BTBAM

What I Like: Just when I thought I wouldn't get any more truly original material this year, The Devil's Despair came crashing down. "Constituted - i. Constitutum" is a fine enough place to begin.  This track is all over the place.  It kicks off with a super heavy low-end riff, opens up into an acoustic section worthy of Opeth, shifts gears into Dillinger Escape Plan territory, and then goes full jazz interlude momentarily before coming full circle.  These guys not only possess impressive abilities within a number of styles, but also the knowhow to arrange them seamlessly a la Between The Buried and Me.  There are actually quite a few moments that remind me of The Silent Circus.

And that's only beginning to scratch the surface. Cryptodira just get patience. They are willing to show restraint on the very next song with a beautiful and atmospheric instrumental interlude, waiting until the very last minute to erupt with djenty destruction.  This mastery of listener anticipation makes every moment pop that much more. Then there's the split personality intro of "Medusa Misgendered" and subsequent tonal shift.  The wispy guitars  along with the clean singing recall early 00's post-hardcore and metalcore, but with some impressively technical drumming and bass delivering so much more.  It's completely unlike anything that comes before or after, which could really be said of any given moment of the album.  There are certainly recurring themes and an overarching architecture, but one can never anticipate what will happen next.

Critiques: I'm having to really dig for issues with this material, as I almost gave it a perfect 10.  And when it comes down to it, I can't quite put my finger on why I didn't.  Maybe it's the fact that the ideas here are less new and more an incredibly adept hodgepodge of things I have heard before. Or maybe it's just some other unnameable aspect.  In any case, I don't feel confident in calling this a perfect album even if it is definitely among the most impressive of the year.

The Verdict: I had to fight the urge to go track by track with this one; outlining the proggy genius of "The Gods of Epicurus," adoring the straightforward passion of "Negation Consumes Affirmation," and finally gushing over the epic closing moments; but that would be boring.  Also, I don't want to give everything away.  Suffice it to say that The Devil's Despair is an album that you need to hear for yourself asap.

Flight's Fav's: In Hell As On Earth, Medusa Misgendered, Constitutum