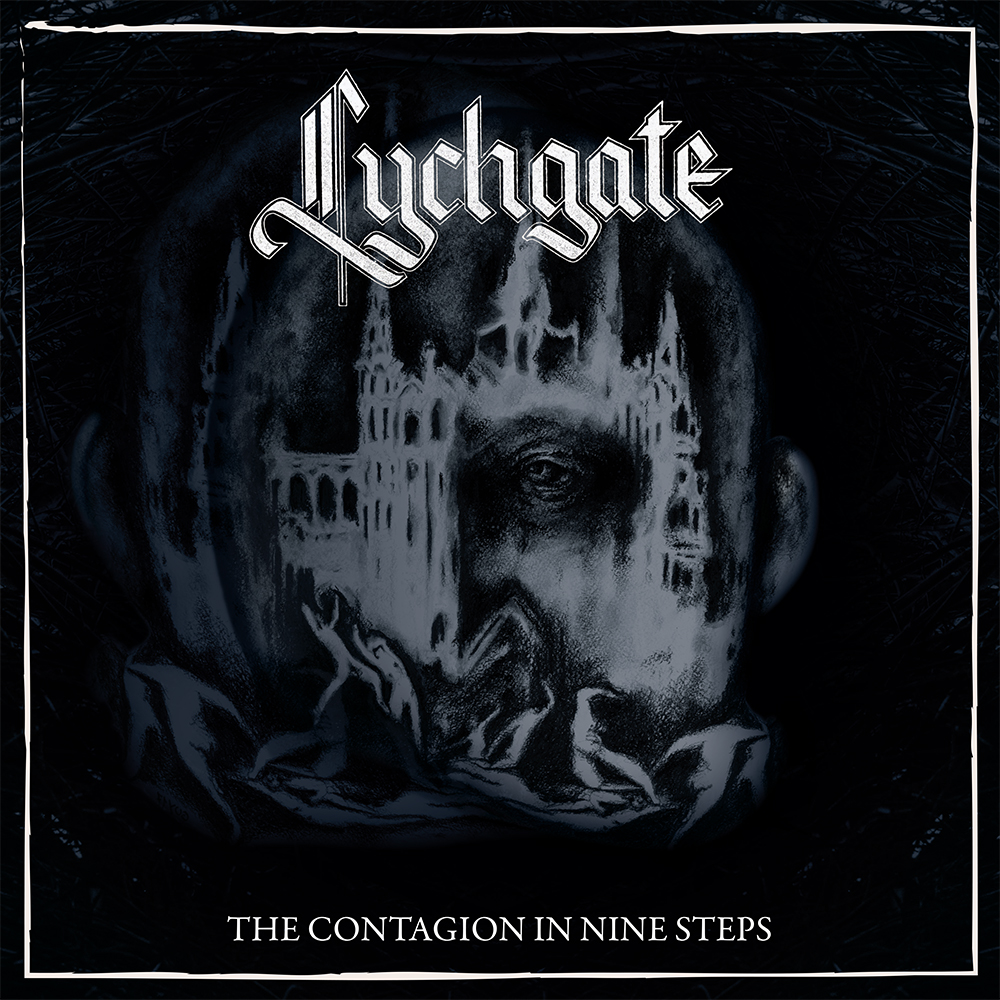 The Contagion in Nine Steps

The Contagion in Nine Steps
by Lychgate

Lychgate’s sophomore effort An Antidote for the Glass Pill was absolutely stunning, merging the worlds of funeral doom and black metal together in a way that had an unpredictable and avant-garde flair.  With the organ working to create a haunting, otherworldly atmosphere, the material truly took listeners on an adventure.  Three years later the group has returned with The Contagion in Nine Steps, an album that explores similar textures but heads in completely different directions.  Whether you were sucked into their music previously or are ready to dive in for the first time, Lychgate’s material sound like nothing else out there and this latest effort is one of the year’s best.

The organ was one of the most prominent elements on An Antidote for the Glass Pill, and while it initially appears that The Contagion in Nine Steps is heading in that same direction after the opener “Republic” Lychgate lets the other instruments drive things forward.  There are still plenty of moments where the organ, piano, and mellotron open up the expand the sound outwards and give off a feeling of grandeur, but as a whole there’s even more emphasis on the guitar work.  The instrumentalists rarely stay in one place for too long, transitioning seamlessly from denser black metal passages into a funeral doom atmosphere that invites listeners to step further into darkness.  But despite how often things change there are prominent hooks throughout the album that will linger with you.  Sections like the opening of “Unity of Opposites” are a great example, as the guitar and bass combine to create an ominous, haunting arrangement that gives off images of standing on the edge of a giant chasm, peering into vastness with no bottom in sight.  The interplay between the different instruments works to Lychgate’s advantage, with some of the abrupt transitions likely to remind listeners of some of the more adventurous death metal out there despite a clear skew towards black metal tonality.  It’s a lot to take in but the album keeps things digestible at just over forty-two minutes in length, providing enough substance to hook listeners the first time through while beckoning them to explore further to discover the nuances of each piece.

Previously Lychgate showcased a wide range of harsh vocals mixed with some cleaner ranges that naturally complemented their instrumentation.  This is once again the case, but there seems to be even more of an emphasis on singing than I remember.  Greg Chandler (Esoteric) still delivers a wide range of harsher screams and growls that touch upon just about every range one can think of, but around the halfway point of “Republic” cleaner ranges are thrown into the mix.  As you make your way through The Contagion in Nine Steps, you’ll notice that there’s a back and forth between the clean and distorted pitches to the point where each one seems to be feeding off the energy of the other.  It makes the vocal work as unpredictable as the instrumentals and each line furthers the overall atmosphere, resulting in some truly stunning moments.

It’s immediate predecessor may have had more of a flair for the dramatic, but Lychgate still reaches some incredible peaks while exploring some more subdued and nuanced textures on The Contagion in Nine Steps.  With songs that provide plenty of twists and turns while balancing elements of black metal and funeral doom to create a dark, introspective atmosphere that draws you in right from the beginning, this is another top-notch release from one of the most exciting metal bands out there.  The Contagion in Nine Steps is available from Blood Music.