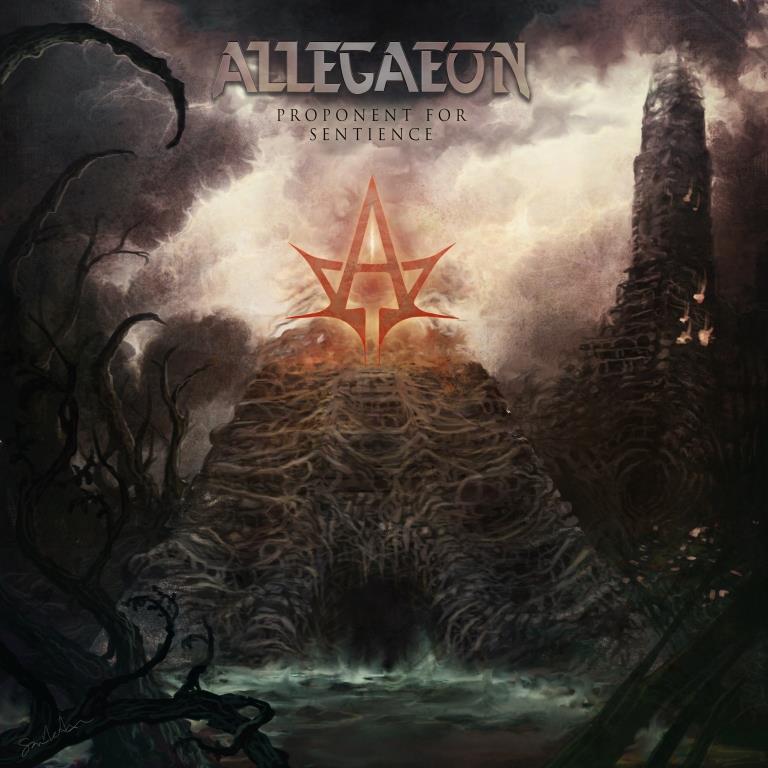 The Cake Is A Lie

Proponent for Sentience
by Allegaeon

Allegaeon is a progressive death metal band from Fort Collins, Colorado.  They have released several albums, all dealing largely with scientific concepts.  On the topic of this new release, the band states, "This story is dotted with examples of real-life scientific advancements, and it is also perforated with details of humanity's flaws...On one hand there's the stance of 'I'm a proponent for sentience to help the human race', On the other hand it's a misanthropic statement - 'I'm a proponent for sentience, so machines will recognize the vastly negative impact of humanity and wipe us off the planet.'"  The tracks "The Conception", "The Algorithm" and "The Extermination" are a sonata of sorts to help unite the songs and concept.  This is the band's first outing with new vocalist, Riley McShane (Son of Aurelius), joining after vocalist Ezra Haynes stepped down in 2015.

Wow.  I have not been following these guys, but I sure am now.  That opening track...stunning.  The email I recieved was right in comparing some of these symphonic arrangements to Dimmu Borgir.  "The Conception" has one of the most dramatic openings I have heard this year; one on par with classics like "O Fortuna."  And then, BAM, melodeath riffs pick up and never let down.  I feel like I have used words like "dizzying" and "proficient" far too often in some of my other progressive metal reviews, but they are still highly applicable adjectives here.  The entire album is stuffed like a damn Turducken with hooks within hooks within hooks.  There are even some flamenco sections on "Grey Matter Mechanics - Appasonata Ex Machina."  Allegaeon's standard lineup is incredibly talented, but it doesn't hurt to get Soilwork singer Bjorn Strid and guitarist Benjamin Ellis (ex-Bloodshot Dawn) in on the action with "The Extermination."

Speaking of vocals, the band isn't kidding when they continue to heap praise on McShane.  In addition to providing commanding death growls and highly tuned clean sinding, he has a few surprise tricks of his own like the throat singing on "All Hail Science."  Says the band, "Anything we have in our heads Riley can produce, and that is exciting."  Furthermore, they trusted teh newcomer enough to handle lyrical duties as well.  I haven't had the time to really dig into the meat and potatoes of this aspect of the album, but from what I have gleaned this is far more than a "Rooargh! Metal Good! AAARGH!" kind of affair.  If nothing else, every aspect of the writing process seems to be highly scrutinized, and respect should be paid where it is due.

Ugh, last paragraph time already and I haven't even gotten to the drums.  How many ways can I say "phenominal"?  Like his cohorts, Brandon Park is no slouch when it comes to all the pace changes and he is not at all opposed to utilizing every piece of his kit to maximum effect.  Proponent for Sentience is another start to finish masterpiece.  It seems that between September and October there is going to be some heavy competition when it comes to progressive death metal, but Allegaeon is up for it.  From the more Gothenburgy tracks to the symphonic and thematic epics, I was gobbling this down like an all-you-can-eat buffet.  Even the Rush cover is fantastic.  It is rare to hear a cover remain so true to the original while also becoming one with the style of the band playing it.  The album is out now, so stream and buy below.