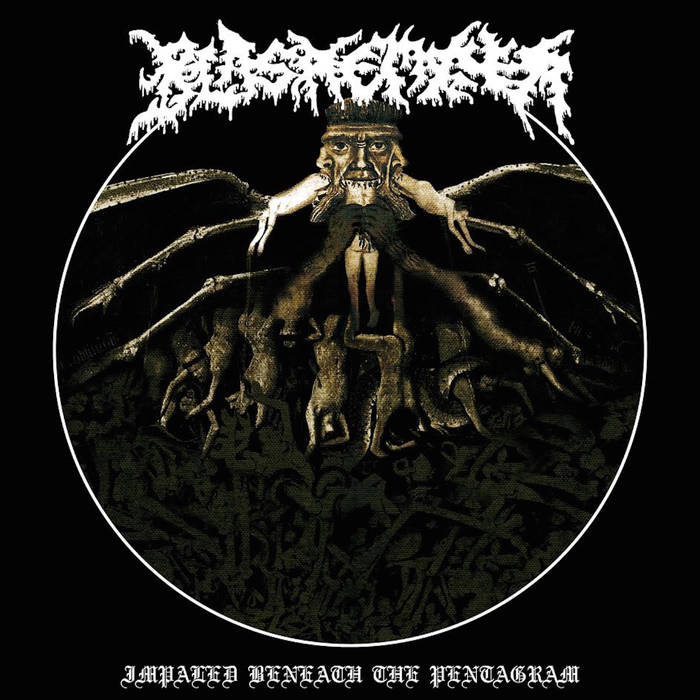 The Best Kind of Blasphemy

Impaled Beneath the Pentagram
by Blasphemonger

The Pitch: L.A.-based blackened death metal band lives up to their name and album title on this release from December.  FFO Portal.

What I Like: Sometimes you just press play on an album and it takes hold right away.  For me, this was one of those albums.  The vocals are absolutely primal in their gutteral death metal dominance.  Equally brutal is the low, unpolished tone of the chugging guitars and their decrepit tremolo lines.  This is what I think of when I really consider what death metal is and should be.  I like plenty of the modernized, shiny, pristinely produced tech and prog death bands out there; but carved down to its core death metal should never feel clean or safe.  Blasphemonger has a clear understanding that ugliness and being at least a little off-putting is part of the game.

What I Don't Like: It's all a bit familiar, but it makes up for that in it's unapologetic honesty.

The Verdict: A splendid display of morbid, unfriendly blackened death that seems to come so naturally for this young group.