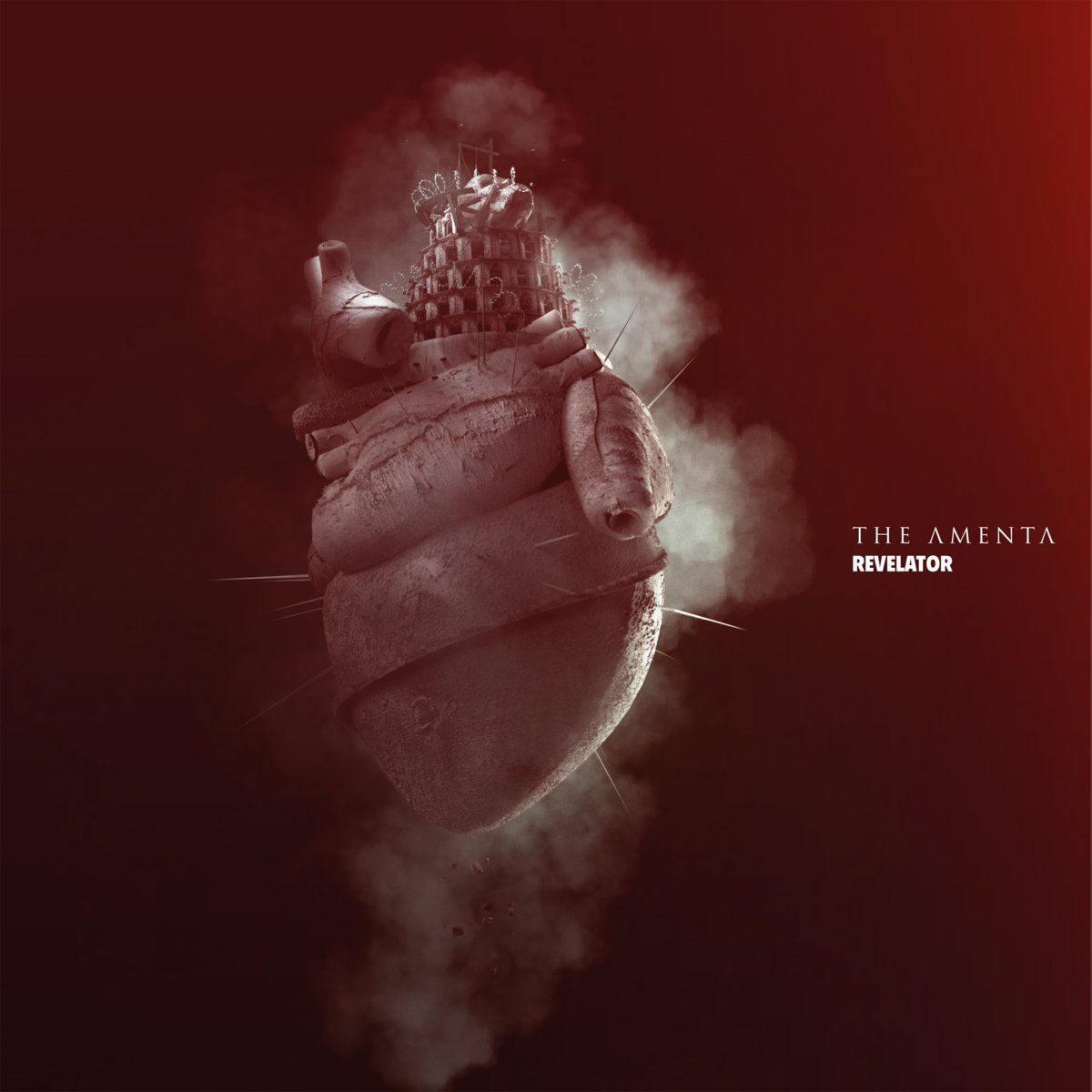 Revelator
by The Amenta

For the better part of two decades The Amenta has put their own spin on industrial death and black metal, taking the crushing base of death metal and sharper tonality of black metal and running it through an electronic filter.  While they’ve gone through some vocalists over the course of their previous three albums (with current singer Cain Cressall debuting on 2011’s VO1D EP), that hasn’t held the rest of the group back as they’ve continued to push outwards and explore new elements.  Following an extended period of silence, the Australian band has returned with a follow-up to 2013’s Flesh is Heir titled Revelator which once again heads in different directions from its predecessor.  It’s a dense listen, sometimes seeming simple on the surface but always revealing more layers to uncover with each time through, and while that approach isn’t likely to be for everyone those that like dark and twisted  music that maintains a consistent sense of tension will appreciate what The Amenta has to offer.

Seventeen years after Ocassus put the group in front of a wider audience, The Amenta remains extremely difficult to pin down and can’t be simply bucketed into industrial death metal.  Revelator continues their tradition of taking elements from metal, industrial, and ambient that feel familiar and twisting them into something unrecognizable.  One of the biggest differences between this album and its predecessors is The Amenta spends a bit more time taking their foot off the gas and letting haunting melodies and claustrophobic ambience seep in, allowing the material to keep a constant sense of tension without having to do it through brute force.  It can almost be exhausting at times with how much there is to keep track of, yet there are still some elements to the songwriting that makes Revelator seem slightly more accessible to newcomers than some of their earlier work.  Soft yet creepy moments can give way to immensely heavy and fast paced instrumentation, and the electronics weave in and out of the recording with an almost specter-like presence.  It’s important to note that the industrial leanings are a far cry from the electronic beats you’d associate with the more popular versions of the genre, instead coming through as jagged and hissing instrumentation that’s closer to what sometimes gets grouped under “death industrial”.  Songs like “Sere Money” sometimes reach some almost rock type hooks, but there’s always something unexpected just around the corner that keeps the writing unconventional.  Admittedly despite the effectiveness of the atmosphere and The Amenta’s willingness to experiment remaining a positive, there are a few songs that just haven’t fully clicked over repeat listens.  The high points of the other eighty percent certainly make up for it though, and they still don’t sound quite like anyone else in the metal world.

While the previous singers delivered intense performances, I found that Cain Cressall really brought a different dynamic to the band when he joined in 2009.  The sheer amount of variety that he’s able to deliver throughout Revelator is impressive and goes a long way in keeping the experience unpredictable.  “An Epoch Ellipsis” gives a first taste of what you’re in for, as the vocals start off with abrasive screams and growls and then transition over to much creepier clean singing.  Cressall’s approach really does span the entirety of extreme metal and even some industrial and hard rock from the 90s, with the more abrasive pitches giving way to ones that have a more theatrical or avant-garde flair to them.  Even when the singing goes down to its softest levels on songs like “Silent Twin” there’s still something unsettling about the performance, which has made me want to dive right back in.

Eight years between albums is a pretty long span for any band, but The Amenta has put the time to good use.  While not every song fully song clicks for me, there are still some incredible moments to be found throughout Revelator and the way its able to maintain tension similar to a horror movie soundtrack is appealing.  Despite the seemingly accessible melodies and vocals that appear during some of the tracks, you’re still going to need some extended time with this one to fully digest everything going on, but that effort is well worth it.  Revelator is available from Debemur Morti Productions.