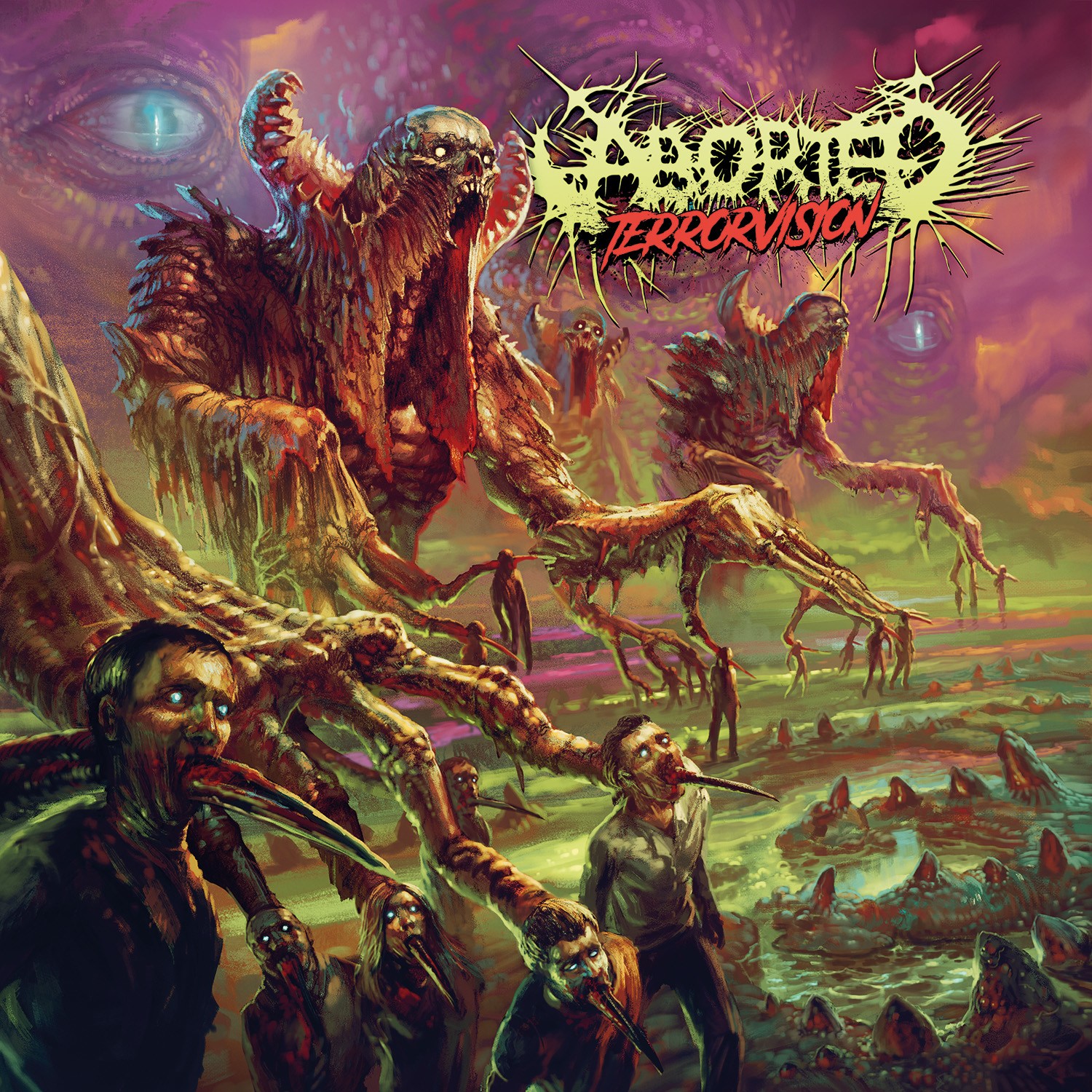 The Pitch: Belgian death metal darlings Aborted continue on the trajectory of the top-rated Retrogore with their 10th album via Century Media. FFO: The Black Dahlia Murder, Benighted, Within Destruction

What I Like: If you are a longtime fan of Aborted, or if you loved Retrogore as much as I did, you can expect more of the same from TerrorVision. That may sound like a veiled complaint, but it's really not. Aborted's particular brand of modern death metal has rarely steered them wrong, and it continues to bring all of my favorite elements to the table. It's a delightfully putrid melting pot of tech death, melodeath, brutal death, and dare I say even the faintest dash of deathcore to spice things up. Varying up the degree to which each of these subgenres takes the spotlight at any given moment leads to an experience that never gets stale.

I must also say that I also love the concept of this album. From Svencho himself, "Think of TerrorVision as if it were an ‘80s horror movie talking about how the media in general is some sort of evil, demonic presence that is manipulating the opinion of the masses by spreading hate, fear, bigotry, terror, racism and all those fun things that make humans the most terrible thing to have ever happened to this planet. So, there is quite some stuff going on there that is not just the typical gore lyrics.” Sounds spot on to me, and the layer of camp via Dario Argento and David Cronenberg allusions makes it fun instead of preachy.

Critiques: Something about this album didn't grip me as rapidly as Retrogore did, though I will say that things definitely pick up in the second half. Most of my favorites are back-to-back here. That said, the other songs ended up being growers with each repeat listen deepening my enjoyment exponentially. I'd be interested to hear the gang try some new tricks to shake things up a bit more next time.

The Verdict: TerrorVision is another thrilling, albeit somewhat predictable, death metal album from a talented band that continues to hone their skills with each subsequent release. It's kind of like the latest Mission Impossible film: you know exactly what you're going to get from the first few minutes, but damned if it isn't the best version of it you can find.