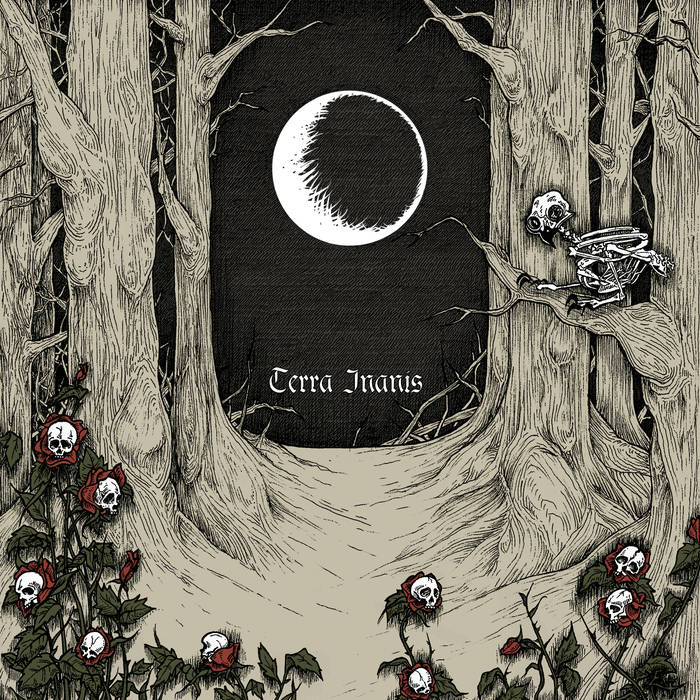 What I Like: I've talked about Somnium Nox before, and they are certainly a band that I am glad to have tagged under "bands to watch."  Terra Inanis shows them continuing with all of the best elements of their sound while also finding steadier footing and some level of maturation.  The group has maintained their ability to wield larger compositions in an engaging, interesting, and ultimately heavy way.  While you won't find another 16 minute opus, all three tracks hover just around 10, with plenty of twists and turns between harsh, grim black metal and atmospheric post-metal.  There is also an enormous sorrow lingering behind the seething malice, not unlike the works of Indian.  The acoustic intro, does well to set up these broad dynamics as we abruptly transition into the first foreboding guitar riff.  And once again I am met with a band that understands it is the space between the vocals that plays a large part in their impact.  Somnium Nox spend large portions of this material without uttering a word; so when the grim, reverb-laden howls suddenly appear it is that much more impressive and satisfying.  That sudden eruption around 6:30 of "Soliloquy of Lament," for instance, is truly tantalizing.

What I Don't Like: Actually not much.  The album feels just the right length for the material within, has strong dynamics, and just does an excellent job of putting me into a harrowing, hypnotic state.  Keep up the good work and keep finding new ways to define your sound as truly your own, guys.

The Verdict: An enormous orchestration of atmospheric black metal every bit as dark and impresive as Akhlys' The Dreaming I.  Pick it up May 15th.