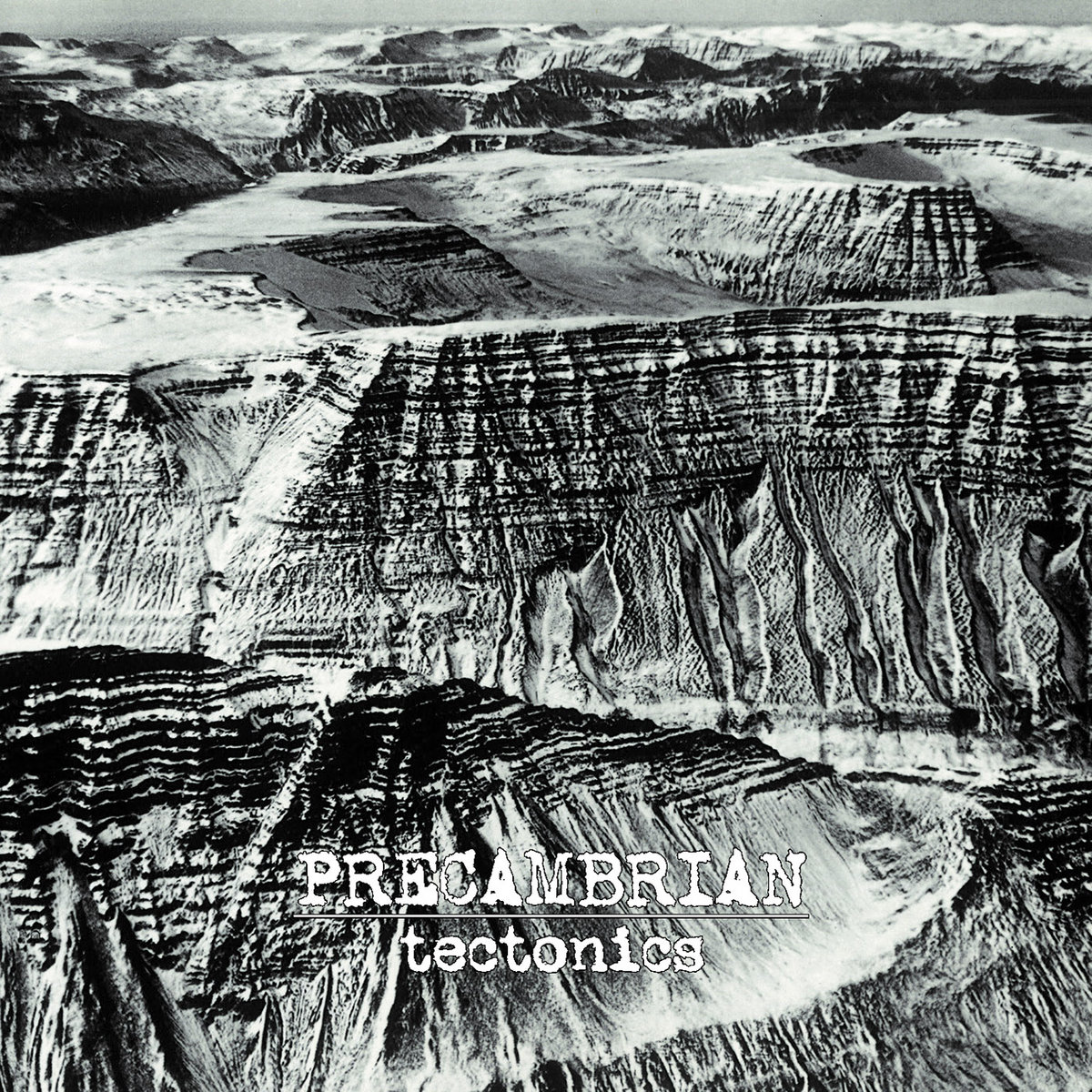 Keeping up with the sheer number of Roman Saenko projects can be daunting at times, as the Ukrainian musician has established quite a few bands since the break-up of Hate Forest and creation of Drudkh. In recent years he’s released material with Drudkh, Windswept, and Rattenfänger, and now has turned his attention to Precambrian.  Formed back in 2014, this group plays blisteringly fast paced and violent black metal that seems as volatile as the Earth itself, and debut full length Tectonics showcases this across five tracks that run just over half an hour.  It may not deviate significantly from what this trio is known for, but the power and atmosphere that comes through in the recording still make it quite appealing to fans of the genre.

If you’ve listened to Blood of Kingu, Drudkh, or Windswept then much of what is presented throughout Tectonics should sound familiar.  Like those bands, Precambrian wastes little time before unleashing dense layers of blasting where the guitar and bass work in tandem to create a swirling, chaotic landscape and the drums seem to never let up.  That’s not to say that this project doesn’t have different nuances compared to what has come before, as the tonality has an earthier feel to it rather than the colder atmosphere one might expect and the songwriting feels a bit less improvised compared to Windswept’s flurry of releases in the last few years.  Precambrian certainly lives up to their name though, as the wall of sound is so dense and unrelenting that it captures the level of power and force one can imagine the Earth has gone through over billions of years.  The emphasis on speed gives you little time to breathe from one track to the next, with brief parts of “Fossilization” and “Volcanic Winter” providing brief pauses before the onslaught comes roaring back.  It’s the type of atmosphere that is hard to match and it’s enjoyable to let it all wash over you, but like Saenko’s other bands there are quite a few similarities between songs and they do start to blend together a bit.

One of the most impressive elements of Tectonics is the vocal work, as its able to reach the same staggering amount of intensity as the instrumentals.  This is likely to come as no surprise for those that have followed Saenko over the past two decades, as he’s become known for hitting ear piercing shrieks and guttural growls that tower over recordings.  That’s exactly what you get with Precambrian, and the way he’s seamlessly able to move between the two without any awkward transitions remains just as impressive.  Opener “Archaebacteria” immediately sends chills down your spine with how high pitched and abrasive the screams are, but around the halfway point they give way to some growls that feel like they could split the ground in two.  Both ranges are used regularly throughout the album and play a significant role in how immense the material sounds, giving plenty of reason to return and get leveled time and time again.

After a series of EP’s, Precambrian has debuted with vast and furious black metal that perfectly captures the raging changes of the Earth over time.  It’s the type of album you can get swept away by and recalls the second wave of black metal while offering an earthier, grittier tonality.  However, as with Windswept the emphasis on repetition and similarity of the tempos makes the material blur together a bit, keeping the material from reaching that truly incredible level.  There’s room for Roman Saenko and crew to further differentiate Precambrian from their other bands, and I think with a bit more time they’ll achieve this.  Tectonics is available from Primitive Reaction.