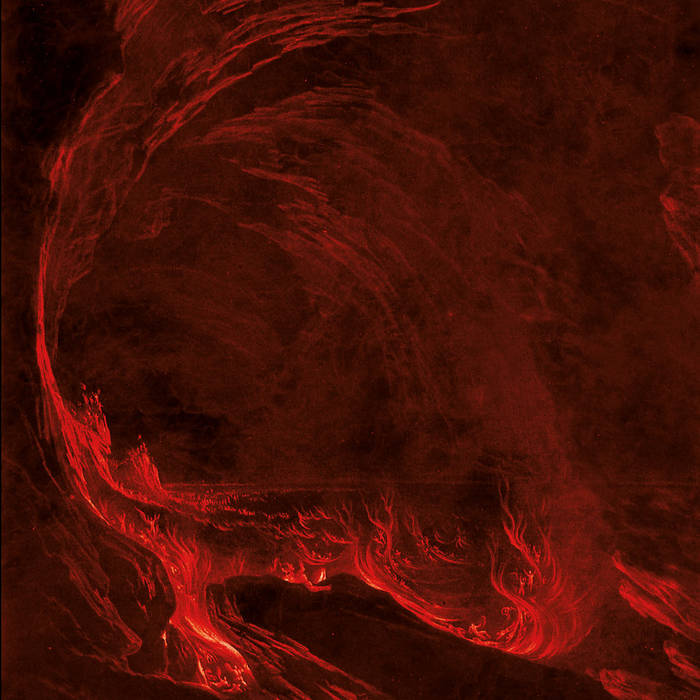 Tardy to the Party

Söngvar elds og óreiðu has been making rounds in the underground circuit since early this year. It took me until now to jump on the bandwagon, but it was worth taking the time. This album has a lot you can miss the first time around. On the surface it's your typical black metal, but there are all sorts of subtle touches and flourishes that make Mispyrming’s experience quite rewarding.

But I must say, even the typical black metal elements are done fantastically well. Take "…af þjáningu og þrá" , for instance. The tremolo chord progressions and blackened death vocals join to evoke helfire while the hooky little picked parts are like sparks from the brimstone. "Endokalasalmar" and "Söngur uppljómunar" alternatively display an equal mastery of moody atmosphere and expressive melody with bending strings, squeeking high notes, and spiraling builds. The most frequent comparison I have heard in the forums is Deathspell Omega. The correlation is apt, but I find Misbyrming to be infinitely more accessible.

It is also on "Endokalasalmar" where Söngvar elds og óreiðu's quirkiness begins to creep through with a horror movie-worthy old timey piano outro. "Frostauðn" sees this simple, yet effective addition, and raises it four minutes of disarming ambient noise straight from The Shining. It's an unexpected moment...and that's something you'd be hard pressed to find in this age of cookie-cutter sound and production. Things take a turn for the progressive as the next two tracks form somewhat of a larger instrumental peice lush with looming horrors and sorrowful souls...that is until the demonic howls ride back in on four horses of blastbeats.

I apologize for turning this into a bit of a track by track review, but these compositions seem best described chronologically. I am not even sure how to describe some of the weirder touches, like the radio outro to "Friðþæging blýþungra hjartna" or the, for lack of a better word, stunning (Lynchian?) closing track. But my personal favorite above all is probably "Ég byggði dyr í eyðimörkinni." The album's longest track, this piece has an excellent groove to it that flows throughout the various shifts in tone before becoming an unstoppable industrial clang. It is a memorable moment and appropriate climax to the album.

So I'll say it: I was wrong and everyone else was right: this album is an impressive piece of black metal that should have joined my collection months ago. Maybe I was just too busy heaping (deserved) praise on the Death Karma album. In any case, the mistake has been rectified. You should do the same. All it takes is naming your price...