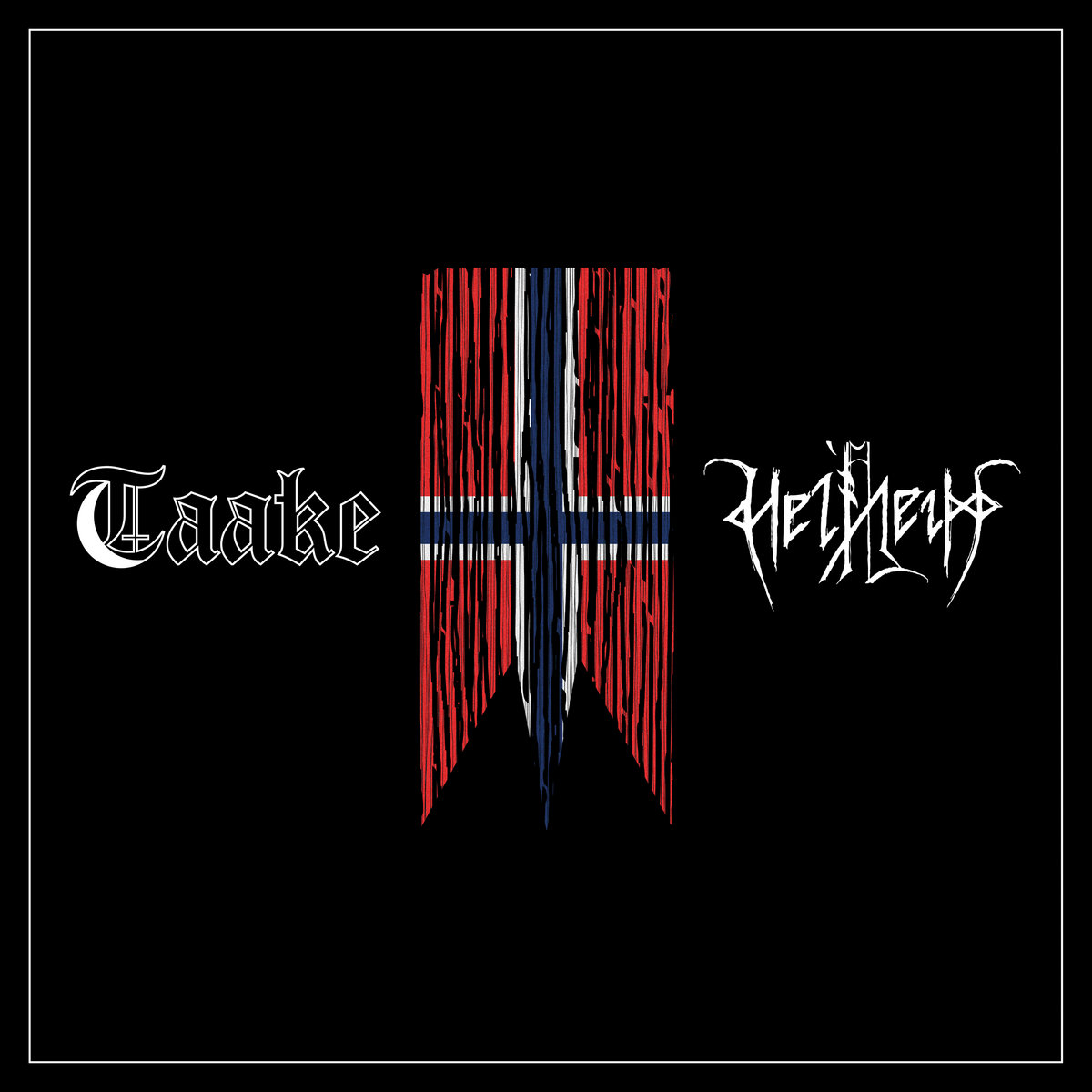 With new Taake material typically coming out every three years or so, fans began to wonder last year what Hoest’s long-running black metal band would have in store for them next.  But rather than putting out a new full-length, the focus has instead been on shorter split releases that offered some new tracks as well as covers.  After last year’s splits with Whoredom Rife and Deathcult, Taake has started 2021 off with a third split with Helheim.  This seems like a natural pairing, as Helheim member V'gandr has performed live with Hoest since 2007, and the resulting effort Henholdsvis gives listeners two new Taake tracks as well as covers from Helheim.  While not the best material that either band has put together, there’s still a lot here to please fans and newcomers alike and hopefully this split acts as a stopgap between albums.

Over the years Hoest has forged a unique space for Taake within Norwegian black metal, as while the tonality retains that icy chill and abrasive edge the genre is known for he’s often employed a more rock ‘n roll edge to the songwriting and brought in other unexpected instrumentation.  With the two original songs Henholdsvis has to offer this is once again the case, as opener “Brotne Bein og Mannefall” brings the same types of twists and turns one would expect from Taake.  Where splits sometimes showcase rawer sides of established bands with different production values than their albums, the same level of polish is on display here with the bass and guitar feeling well balanced on both tracks.  Compared to the other two splits with Whoredom Rife and Deathcult, the material here feels a bit more straightforward as you won’t find any acoustic interludes or softer moments, with Hoest instead focused on transitions between the icier melodies and rock ‘n roll swagger.  For anyone that’s been a fan of Taake over the years, that’s hardly a bad thing, as the way these songs twist and turn between more abrasive and downright catchy writing once again give them plenty of staying power.  What I will give Hoest credit for is he seems to be getting a bit more concise, letting songs actually reach a logical conclusion with the more ambient endings rather than having the riffs bleed into each other like on some past material.  It’s also worth mentioning that his vocals once again come through with as much power and aggression as one could want, proving that the years have done little to dull his performance.

For their side, Helheim chose to offer up to cover songs rather than brand new material and this is where Henholdsvis might surprise some people.  “Orkan” is a cover of the Taake song of the same name from 2011’s Noregs vaapen which completely transforms the original track.  These are the type of covers that grab my attention, as Helheim has not only made the song shorter but has also slowed down the tempo a bit and added in singing in place of Hoest’s raspier snarl which makes it sound truly different.  The underlying twang of the melodies are still there, but with the overall tone of the instrumentation coming through much cleaner than the original it could easily be mistaken as a Helheim song and not a cover for those not overly familiar with Taake.  The singing in particular continues to draw me back to this side of Henholdsvis as its softer yet still has a considerable amount of underlying power, finding ways to get under your skin.  Helheim’s other contribution is a cover of Emperor’s “Witches Sabbath” which originally appeared on the 2012 compilation In Honour of Icon E - A Tribute to Emperor.  Compared to “Orkan”, this one is closer to its original counterpart with the main change being that the tonality is a bit cleaner overall.  Here the band gets to show off some of their rougher edges with raspy and abrasive screams that dance over top of the melodies.  These two tracks show what the band can do from both a mellow and aggressive perspective and are both well put together.

The press release mentions this is the end of Taake’s split series, so hopefully that’s a sign that another album will be out sometime later in the year or early in 2022.  Compared to the previous two splits this one feels a little more traditional for Taake as it recaptures some of the past grimness without having some of the experimental flourishes that were on the other songs.  It’s still likely to please fans of Hoest’s work, and the Helheim cover of “Orkan” is worth the price of admission alone, but I will admit that it does leave me hoping for even more still to come from both groups.  Henholdsvis is available from Dark Essence Records.