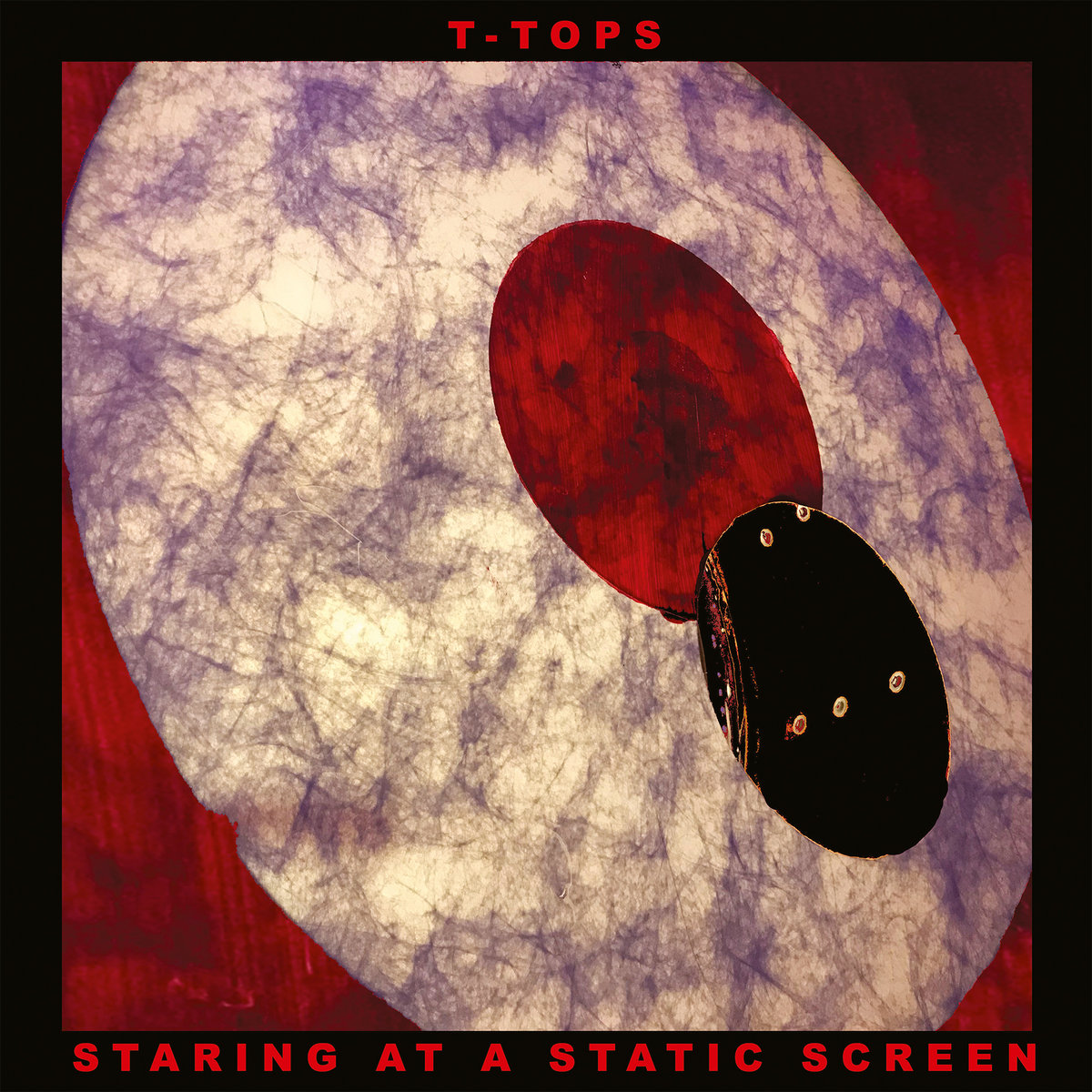 Staring at a Static Screen
by T-Tops

Although noise rock and associated genres may not be quite as prominent as they were throughout the 90s, there are still plenty of bands doing the genre well.  One that’s been around for more than a decade now is Pittsburgh’s T-Tops, who bring an even heavier dose of punk and rock ‘n roll into the noise rock template.  Since their self-titled full length in 2015 the group has gone through some lineup changes and put out a few smaller releases, finally delivering a sophomore album this year titled Staring at a Static Screen.  This fast-paced effort amps up the noise and intensity considerably from its predecessor, resulting in material that batters the listener consistently from beginning to end.

This band has never been lacking in volume, but Staring at a Static Screen is loud.  Opener “Burn the River” only gives you a few seconds before the guitar and bass kick at full volume and rattle your teeth around a bit with their noise.  Where the self-titled had some slower moments, the majority of this album emphasizes shorter, punchy riffs that fall somewhere between the angular nature of noise rock, grittiness of rock ‘n roll, and attitude of punk and hardcore.  It makes a strong first impression, with the tonality sounding like Unsane and a lot of the other Amphetamine Reptile bands from the 90s while the songwriting reminds me of Big Black and Nomeansno at certain points.  It’s a wild ride that feels like its punching you in the chest even at a mid-tempo, and the guitars constantly jump out with jagged edges.  Where some of the bands in the noise rock and post hardcore adjacent spaces have emphasized more freeform and unconventional structures, T-Tops keeps things reigned in with a lot more rock ‘n roll and punk influences that allow for riffs to hit hard and then move onto the next idea.  There are plenty of nuances lurking beneath the surface though, and the cover of Fleetwood Mac’s “What Makes You Think You're the One” is likely to catch many of you by surprise on first listen.  However, despite some hooks jumping out at me upon repeat listens the sheer volume does lead to songs blurring together.  This doesn’t hurt the album too much given its short length, but I think that finding an even better balance between the nuances of the songs and the sheer sonic power of the recording could help T-Tops to push closer to the level of some of the 90s classics.

With how abrasive much of the instrumentation is throughout Staring at a Static Scream, it makes sense that the vocals would also just as noisy and in your face.  Two of the three members of T-Tops contribute them, with the performances coming through as a mix of hardcore punk screaming and the type of rougher edged singing/yelling that’s not uncommon for noise rock and some of the grittier variants of rock ‘n roll.  Despite the sheer volume of the guitar and bass, the vocals consistently break through and the rougher performance reminds me of both Unsane and Helmet, with a little bit of grunge singing breaking through on songs like “Drugstore”.  The rougher edges suit the type of music the band is going for and the vocal work consistently delivers just as much intensity as the instrumentals.

By focusing on the noisier and aggressive side of their sound, T-Tops has delivered an unrelenting album that’s crammed with jagged edges and punchy riffs.  It flies by in a blur but there are nuances to the tracks that reveal themselves upon repeat listens and bring in some additional alternative rock and other influences, which does give the band a bit more versatility compared to some of the others out there.  They do have room to further find that sweet spot between hooks that stand out from one song to the next and the sheer volume of their records, but if this sophomore album is any sign the group is more than capable of getting there.  Staring at a Static Screen is available from Magnetic Eye Records.